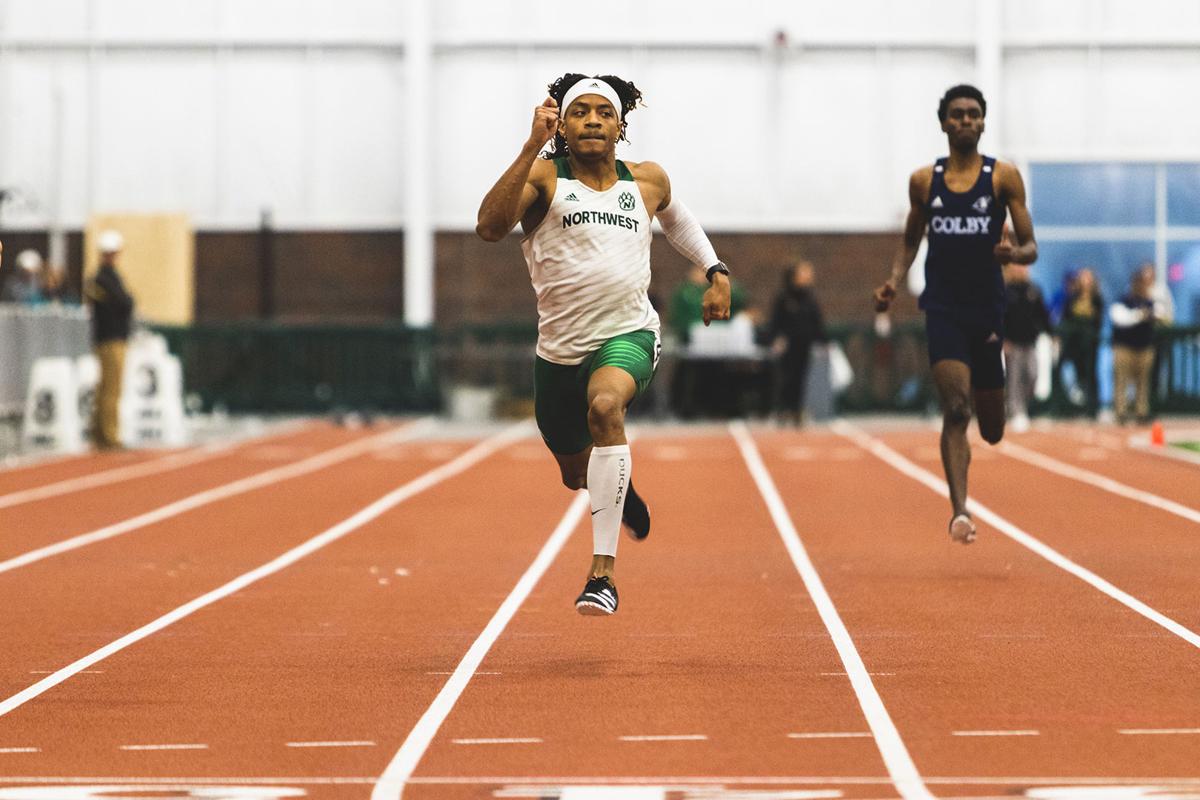 Northwest sophomore Omar Austin automatically qualified for nationals in the 400-meter dash during the Gorillia Classic at Pittsburgh State Feb. 15 with a time of 46.67. 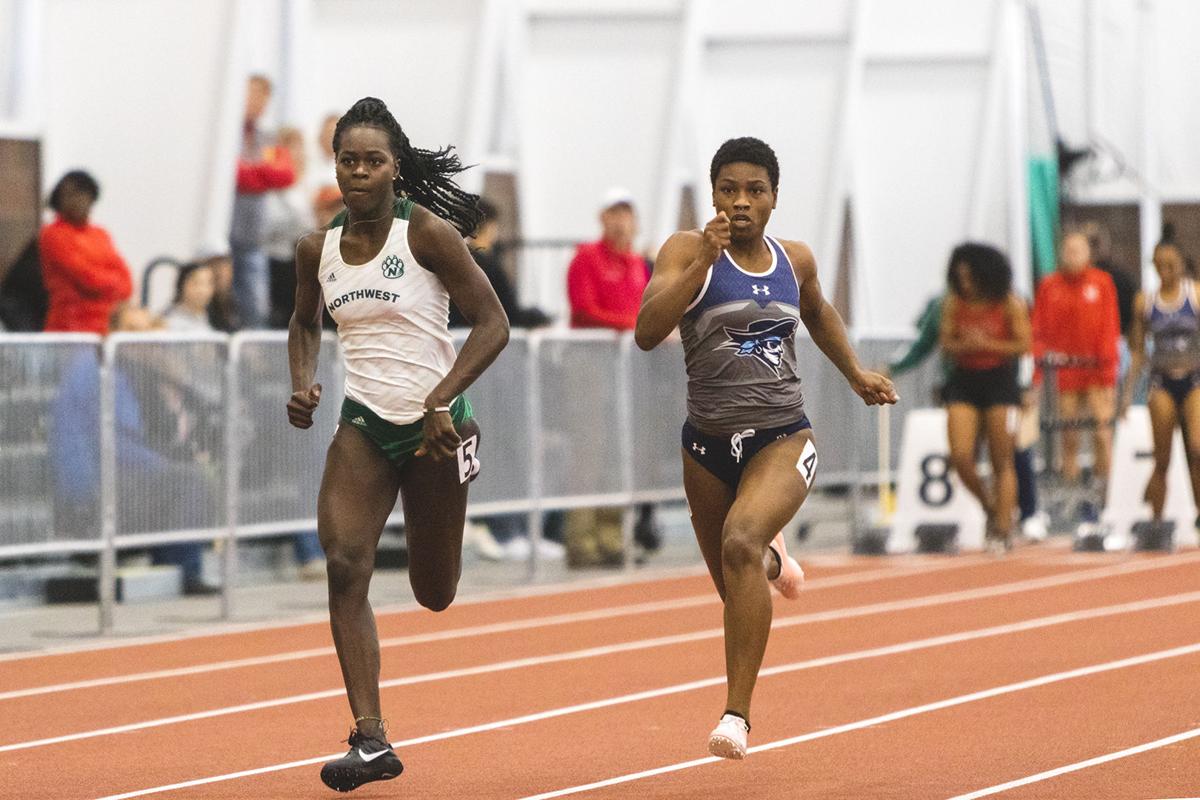 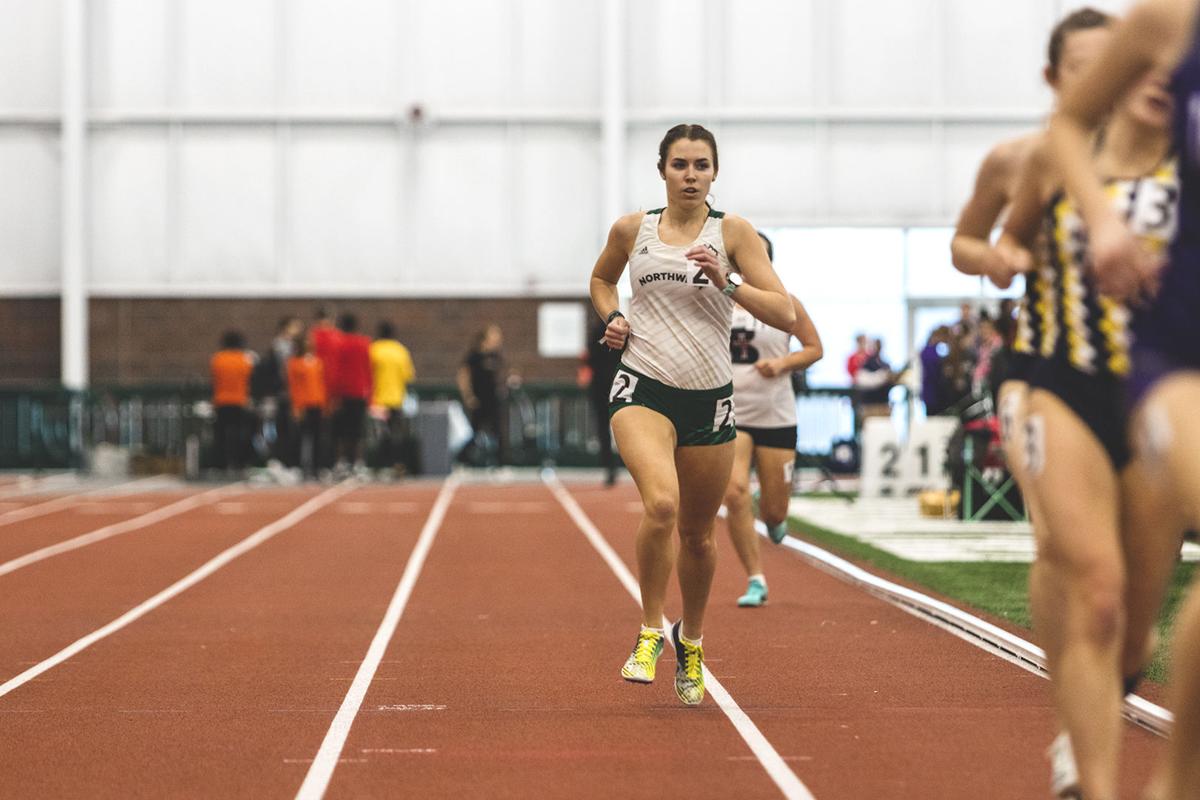 Northwest indoor track and field is racing to the finish of the regular season with one meet left on the schedule before postseason competition.

The Bearcats are competing in the Nebraska Tune-Up Feb. 21 in Lincoln, Nebraska. Coach Brandon Masters is looking to use the meet, as its name suggests, as a tune-up for his athletes before the MIAA Indoor Track and Field Championships Feb. 28-March 1 at Pittsburg State.

The Nebraska Tune-Up is once again a chance for athletes to get experience running on a 200-meter bank track, one that is drastically different from the 300-meter flat track in Carl & Cheryl Hughes Fieldhouse. The Bearcats missed their previous chance for experience on the same track after dropping out of the Graduate Classic Jan. 17-18 due to poor travel conditions.

The NCAA Division II Indoor Track and Field National Championships in Birmingham, Alabama, will be on the same style of track, heightening the significance to the meet in Lincoln.

“We either get faster or smarter every time we go out and compete,” Masters said. “This is a big chance to learn and understand the oval and take that into the national championships.”

Masters said the track in Nebraska is not a particularly fast track, and he isn’t looking for great times from the athletes. He wants runners to get experience on the track. Sophomore Omar Austin has a different goal.

Austin is looking for a personal record in the 200-meter dash, where his current best is around 21 seconds and 30 milliseconds. Austin wants to run as fast or faster than the automatic qualifying time for nationals, which is at 21.21. Austin hopes the bank track will aid him in his pursuit of an automatic-qualifying time.

“It’s like you’re running up a hill and then you are running downhill,” Austin said. “It just gives you way more momentum, and it helps my speed and power.”

Austin automatically qualified for nationals in the 400-meter dash at the Gorilla Classic with a time of 46.67. The race, although Austin finished second, served as a measuring stick of his limits. A fast start was engineered for Austin to explode at the beginning of the race and see how long he could maintain that burst. The start that put Austin ahead of the competition was halted when he ran into the metaphorical wall of fatigue. Austin ran the first 200 meters in what he and Masters estimated was 21.6 seconds, which was “really fast,” Masters said.

Austin was on pace for a low 45-second time before he hit the wall. Masters isn’t ruling out that Austin will pull off that time at either the conference or national meets.

“Never put it past that guy to rise and thrive in the biggest situations,” Masters said.

With the time at the Gorilla Classic, Austin firmly secured his spot on the team bus to nationals, and Masters is hoping the Nebraska Tune-Up will offer other competitors a chance to punch their tickets. Masters estimates the current number of Bearcats on that bus is at 12 or 13.

“We have probably five kids, maybe as many seven for both genders that have the chance to make the bus to nationals,” Masters said.

Freshman Reese Smith, sophomore Jacob Norris, junior Caleon Harkey and senior Tyrell Maddox will travel to the Maverick Classic in Mankato, Minnesota, the same time the rest of the team will be at the Nebraska Tune-Up in hopes of posting a qualifying time in a distance medley relay.

The splitting of the team is nothing new for Northwest assistant coach Nick Gibson, along with junior Jhordan Ccope and senior Karim Achengli, traveled to the Iowa State Classic, a meet that consists of mostly Division I schools Feb. 14 to try and qualify for the 3,000-meter run and 5,000-meter run, respectively.

The Bearcats will enter the weekend, regardless if they’re in Minnesota or Nebraska, focused on improvement and training and with a vision looking forward to MIAA championships, where the men are favored to take the crown and the women are pegged as the third-best team in USTFCCCA rankings.