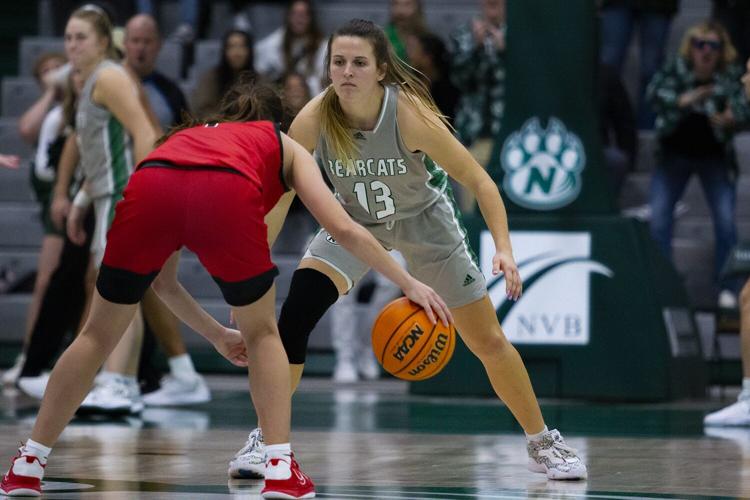 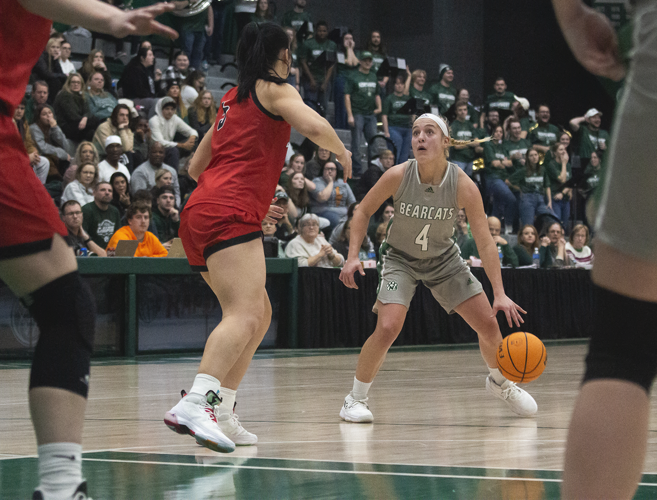 During the game between Northwest women’s basketball and No. 5 Central Missouri, game Jan. 19 Bearcat Arena erupted with less than a second left in the game. Fans filled the room with noise trying to distract Central Missouri junior forward Ashley Tull.

Tull walked to the charity line in preparation for the first of her two free throws. The first shot bounced around the rim and then out of the hoop.

Bearcat Arena got even louder, as coach Austin Meyer watched from the sideline as the second free throw bounced off the rim twice before falling into the basket. The free throw gave the Jennies a 68-67 lead over the Bearcats with a mere six-tenths of a second left.

“I was hoping she’d miss them, then we’d get to overtime,” Meyer said. “They did a good job on the side out of bounds late and not guarding our inbounder. We got a decent shot off but at that point, it’s tough inside of a second to get something good in the game.”

With just .6 of a second left, the Bearcats (9-8, 4-7 MIAA) inbounded the ball to freshman guard Lindsey Kelderman. Kelderman shot a 3-pointer, but it fell short of the basket. As the final buzzer sounded, the scoreboard read 68-67 in favor of the Jennies (16-0, 12-0 MIAA). The lone undefeated MIAA team escaped with the win.

The game started out as a defensive battle. Junior forward Jayna Green had two blocks and a steal in the first quarter as Northwest outscored Central 18-14.

“I feel, like, sometimes in games it comes easier than others, especially when I do guard a player who shoots the ball better,” Green said. “I have more opportunities to block shots or get steals because they’re trying to get it to her.”

Northwest went into the locker room with a 37-30 lead over Central. The Bearcats forced seven turnovers in the first half while only turning the ball over two times. Green said the changing of the lineups on the court helped keep everyone fresh and active.

At the start of the fourth, the Bearcats held onto a slim, 2-point lead, and the Jennies were able to outscore the ’Cats 16-13, which gave Central just enough to win.

Despite the loss, Meyer said he is proud of the effort and hard work the Bearcats put out onto the court.

“I think, just understanding you know we can play with teams like this,” Meyer said. “This was one of those games — I mean they legitimately beat us. We didn’t give them anything. We didn’t make plays late, but they had to play well at the end of the game to win. Just moving forward we need to make sure we play with that same expectation and that same energy and toughness that we played with throughout this game.”