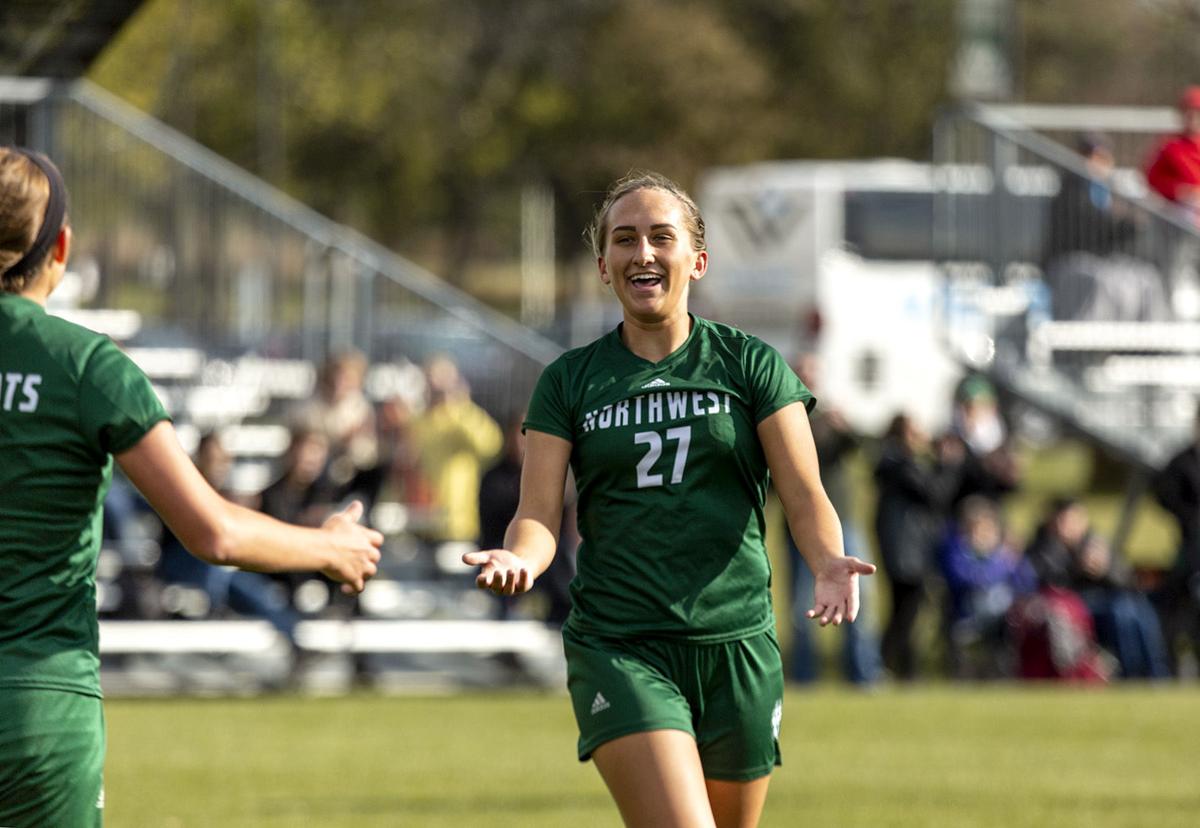 Freshman center forward Teagan Blackburn celebrates after she assisted freshman forward Kaylie Rock's goal Nov. 3 at the Bearcat Soccer Pitch. The Bearcats clinched a spot in the MIAA tournament for the first time since 2012. 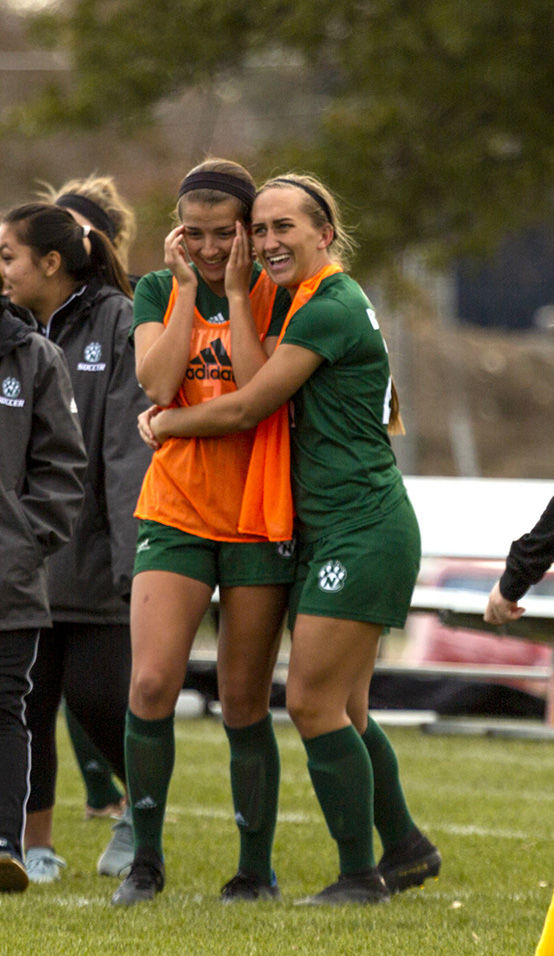 Northwest soccer freshmen forward Kaylie Rock and center forward Teagan Blackburn hug after their 4-0 shuout against Missouri Southern Nov. 3 at the Bearcat Soccer Pitch. The victory secured the Bearcats' spot in the MIAA Tournament for the first time since 2012.

Freshman center forward Teagan Blackburn celebrates after she assisted freshman forward Kaylie Rock's goal Nov. 3 at the Bearcat Soccer Pitch. The Bearcats clinched a spot in the MIAA tournament for the first time since 2012.

Northwest soccer freshmen forward Kaylie Rock and center forward Teagan Blackburn hug after their 4-0 shuout against Missouri Southern Nov. 3 at the Bearcat Soccer Pitch. The victory secured the Bearcats' spot in the MIAA Tournament for the first time since 2012.

Heading into the last weekend of the regular season, Northwest soccer was on the outside looking in, vying for a spot at the table that is the MIAA Tournament. The Bearcats, hungry, found a feast with two season-defining wins.

This marks the first time since 2012 that the program has reached the postseason.

“As a coach, I get the excitement,” coach Marc Gordon said. “I learned some history about our program and how it hasn’t been recent that we’ve had the opportunity. And so there's some eagerness and excitement.”

Against the Griffons, the ’Cats were able to have the advantage in a nail-biter. The team struggled defensively, giving up three goals to the second-worst team in the conference. Offensively, the Bearcats excelled, matching their season-high with four goals.

The Bearcats got a much-needed win, but had to win the regular-season finale when playing host to Missouri Southern Nov. 3. Hosting the Lions was easy, senior midfielder Izzy Romano said, but the team felt the pressure of a postseason berth at stake.

“After Friday’s game I honestly thought we had it in hand but apparently we didn’t have it clinched yet,” Romano said. “Going into Sunday it was a lot more stressful of a game than I thought it would be but we were very excited to win that game.”

Romano felt that it was their mindset to clinch a postseason berth that carried them past Missouri Southern. However, Gordon said, continuing the good things led to more success on the field. Gordon’s goals were to keep playing their attacking style and work to clean up the defensive side.

The team responded with a clean sheet throughout the first 45 minutes of play against the Lions. After 2-0 shoutout in the first half, Gordon told the team to keep the pressure on.

“I just brought them in and shared with them where they were having their success and just wanted them to continue to move the ball the way they were,” Gordon said. “Support, the communication on the field, just taking care of the ball.”

The ’Cats carried the first-half momentum into the second half, sending the Lions back to Joplin, Missouri with a 4-0 loss, and thorn in their paw. The win pulled Northwest up to the No. 6 seed, moving them from the outside-looking-in to the inside of the postseason.

When Northwest embarks on its first MIAA Tournament journey in six years, it will travel to Emporia, Kansas, to take on the No. 3 seed Emporia State Hornets Nov. 8. A postseason matchup is enough reason for excitement, but the jitters are higher given the circumstance at hand for the Bearcats.

“Very excited for the seniors,” Gordon said. “Something they have not had the opportunity to experience in their previous three seasons. It’s a building block, the mindset of, ‘Hey, we’ve made it, now let’s make some more history.’”

Romano is looking forward to making her MIAA tournament debut and says the girls are thriving in the excitement as well. The excitement, Romano said, is showing in the Bearcats’ preparation ahead of the matchup.