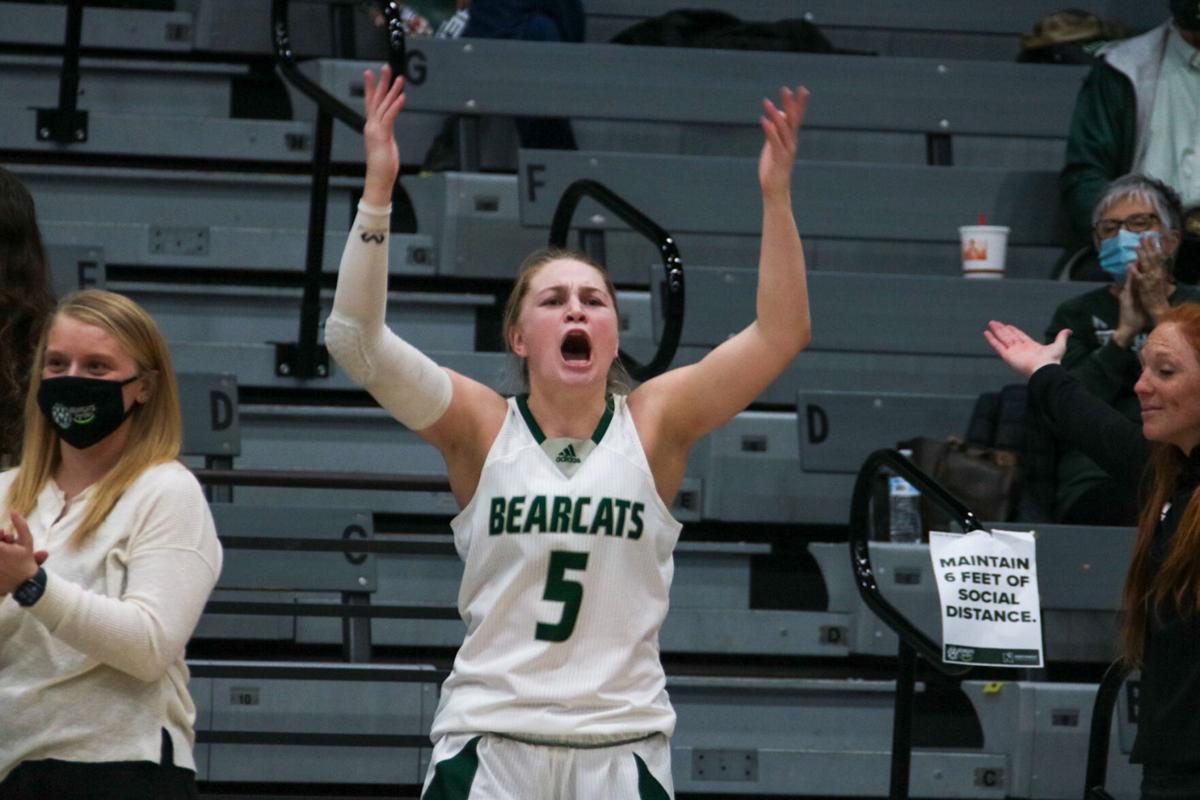 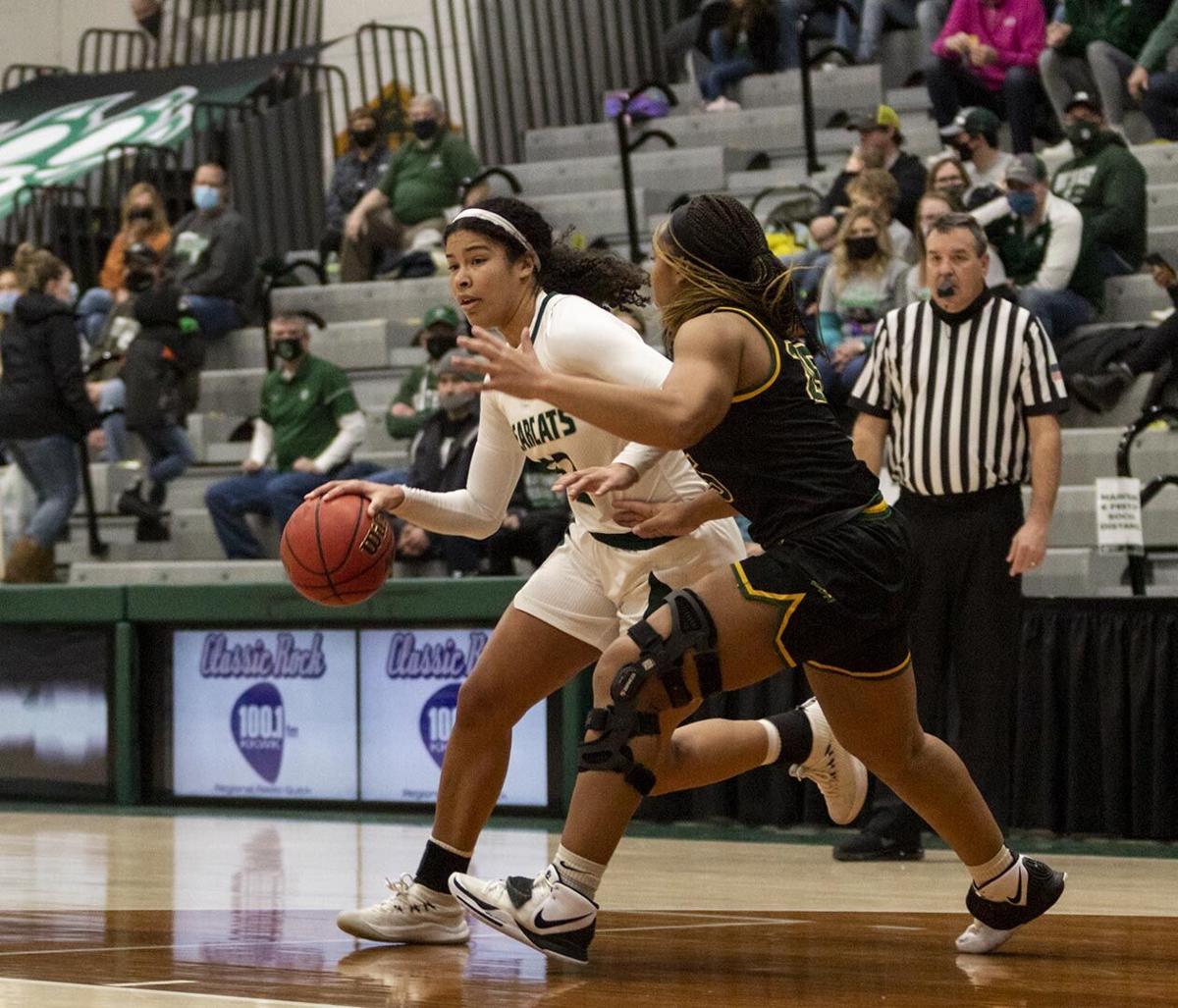 Sophomore forward Jayna Green dribbles past in the second half of the Northwest women's basketball game against Missouri Southern Feb. 13. 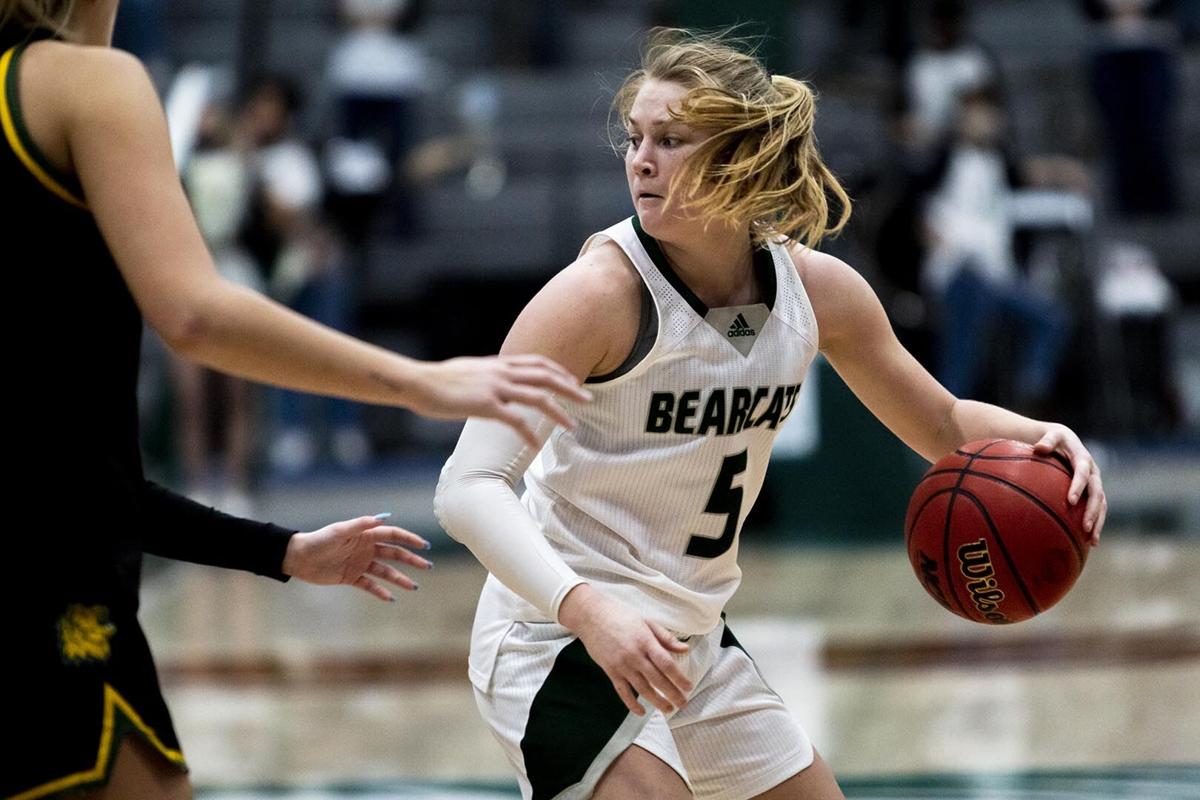 Sophomore forward Jayna Green dribbles past in the second half of the Northwest women's basketball game against Missouri Southern Feb. 13.

Senior Day is a time for fans and parents to recognize and celebrate the careers of athletes within the Northwest basketball programs. For one particular athlete, she wanted to leave her mark on this special day.

Northwest women’s basketball senior guard Mallory McConkey was a threat to Missouri Southern’s defense as soon as the ball was tipped, as she led the charge to capture Northwest’s season sweep over the Lions, which has not happened since the 2009-10 season.

“A lot of it I think is if we hit some shots early, it really helps our confidence,” Northwest coach Austin Meyer said. “We just looked like a confident team. That was a thing we stressed coming off the Pitt State game and tonight I thought we had that confidence and that energy.”

McConkey found that confidence five minutes into the matchup, hitting her first 3-pointer of the game after a pass from freshman guard Molly Hartnett. The shot was a gateway for more to come.

McConkey finished the first half a perfect 5 for 5 shooting, including three back-to-back jumpers in the second quarter, leading the team with 11 points. Despite the standout performance, there wasn’t any unusual preparation for McConkey.

“I mean, I don’t know, I woke up and had my same Saturday routine,” McConkey said. “My teammates make it so much easier to play like that whenever they’re hyping me up all the time. I give it to them.”

The second half was a replica of the first half for McConkey, as she led the Bearcats on a 14-7 run, scoring 7 of those points. She finished the game with a season-high 22 points, along with two steals and one block.

McConkey nearly pulled out a perfect shooting performance, going 10-for-10 from the floor and 2-for-2 from 3-point land until she put up a jump shot with less than two minutes in the game, one that missed the mark and bounced out of bounds.

“It’s not our last home game, so I feel like that one will be more emotional for me, but it’s still Senior Day,” McConkey said. “Whenever they announced the starting lineup, it kind of hit me that this is Senior Day and I wanted to give everything I had.”

Another senior that put on a memorable performance was guard Jaelyn Haggard. The slow closeouts from the Lions’ defense gave Haggard enough room to let it fly from deep. She had back-to-back 3-pointers to close out the second quarter, pushing the Bearcats’ lead 33-23.

To extinguish the Lions’ comeback, Haggard hit another 3-pointer midway through the fourth quarter. Haggard finished with 11 points, making her one of four players to reach double digits for Northwest. It was the first time four or more Bearcats have scored in double figures since the Dec. 6 matchup against Lincoln.

“Jae hit some timely ones (shots),” Meyer said. “Just when we were struggling to score, they were going on a little run. She stepped up and hit some big-time shots. It was a great effort.”

While the seniors got the recognition and attention from the Bearcat crowd, sophomore Jayna Green wanted to throw her name into the mix. Green scored the first 6 points for the Bearcats, both coming from beyond the arc.

Sitting at 9 points and 10 rebounds, Green wanted to tally her second career double-double. With 5:55 remaining in the contest she reached her mark, splashing a 3-pointer that brought the crowd to its feet.

“Jayna got some shots early, stretching (Madi) Stokes out on the perimeter,” Meyer said. “Jayna was great. She rebounds, she defends, she can block shots and get steals. The scoring came tonight.”

Besides a standout offensive performance from the Bearcats, the energized defense caused fits for the Lions’ offense. 6-foot-3-inch sophomore center Stokes was limited down low. Southern was locked down from outside, making 1 of 11 3-point field goals.

Although Southern had a size advantage on the Bearcats, they failed to capitalize on rebounding against Northwest. The Bearcats weren't far from outrebounding Southern, 38-34, and held the Lions to shoot 34% from the field in the contest.

“That’s one of the things Meyer focuses on, is that they had a lot of shooters on the scouting report that we said ‘Don’t let shoot,’” McConkey said. “That’s what we focused on, is making sure we always have an early hand up on closeouts. We were focused today and our defense is usually pretty good and we were locked in.”

The win puts Northwest ahead of Southern in the MIAA rankings at No. 8, the cutoff for qualifying for the conference tournament.

“Coming off a game whenever we’re disappointed, it helps us that much more,” McConkey said. "Winning this game was huge for us trying to go into the postseason. If we can have that mentality of having to win every game then we’ll come out pretty hot.”