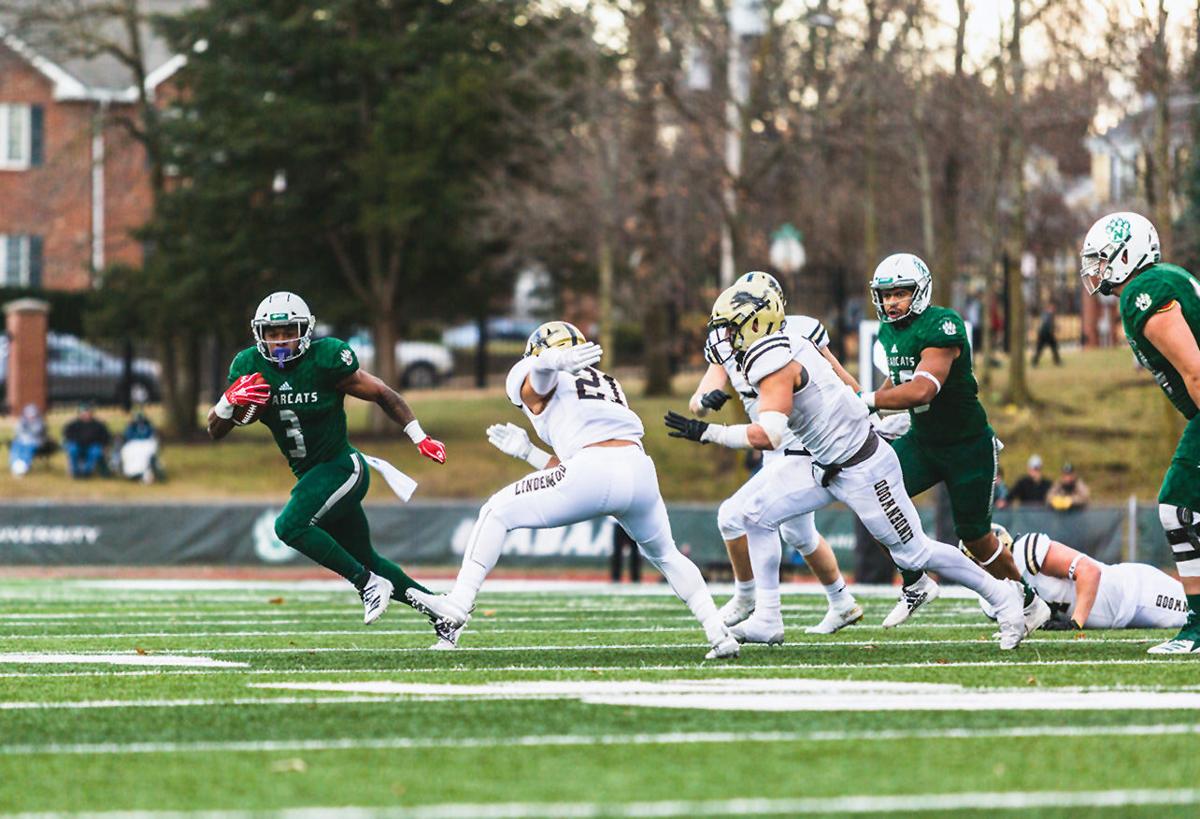 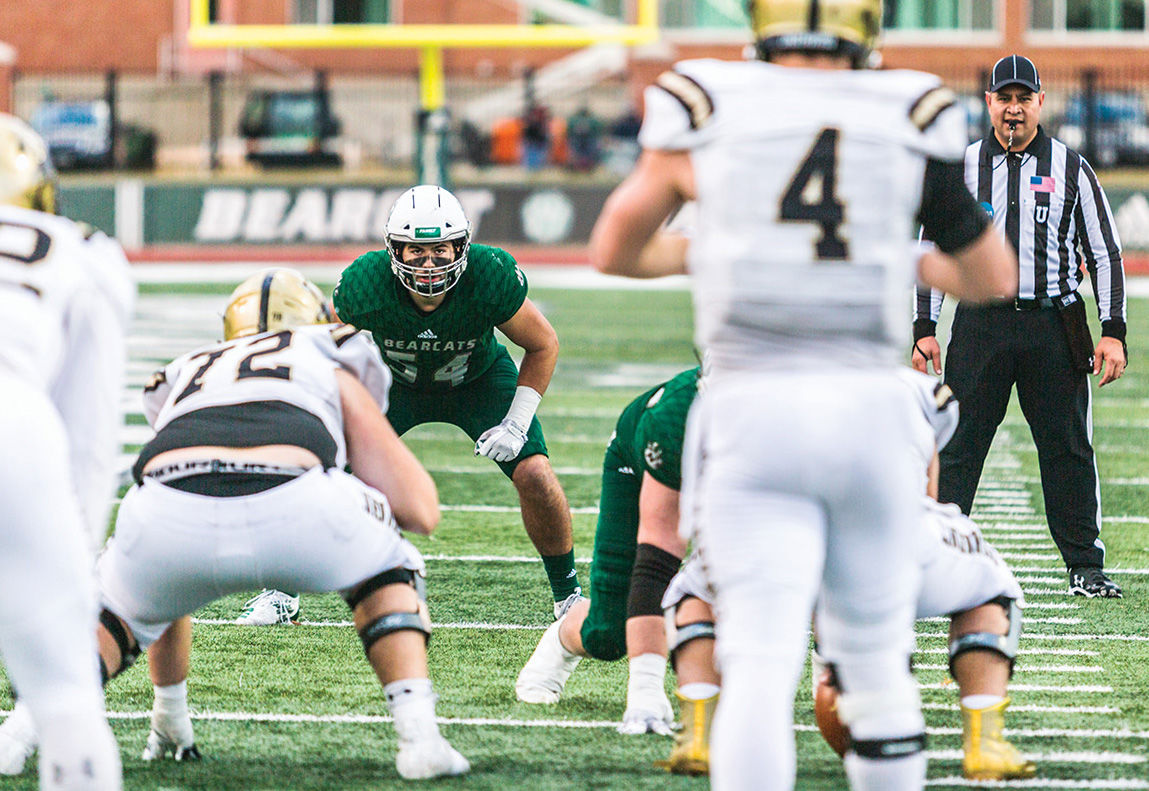 The last time Rich Wright coached a football game in Big Rapids, Michigan, his team lost. The Bearcats trailed Ferris State 20-0 in the NCAA Second Round Playoff game Nov. 24, 2018, before scoring a point. Their comeback bid fell short, ending on a sack as the play clock wound down to zero.

He wore a puffy, black coat and his trademark red hat to his NCAA-required postgame interview, one that lasted less than three minutes. He congratulated the Bulldogs. He talked about adjustments his team took too long to make. He looked forward.

Northwest fell to Ferris State 27-21 in the contest. The thing Rich Wright remembers most about that game now, more than a year later, is the disappointment he felt walking off Top Taggart Field, he said, not in his team’s defeat but in how the Bearcats played.

An entire season came down to a last-ditch effort: a Hail Mary pass that never left quarterback Braden Wright’s hand. But the game’s final play was less a factor in Northwest’s subpar game and more a byproduct of it, Rich Wright said. The Bearcats shouldn’t have needed a last-second Hail Mary to advance to the national quarterfinals.

“It’s a play,” Rich Wright said Dec. 3, reflecting on the moment that brought the end to Northwest’s 2018 campaign. “One play didn’t define the outcome of that game; it was the other 59 minutes and 30 seconds that did.”

The play, though, served as the final moment of chaos for a team that tended to traffic in it. It sent Ferris State on to the quarterfinals and helped propel the Bulldogs to an NCAA National Championship appearance. It sent Rich Wright to a series of postgame interviews and to a locker room of defeated players, some of which he would never coach again.

Then, it sent Rich Wright home. And it helped push the Bearcats (12-1) to where they are now, getting set to fly back to Big Rapids for another matchup with Ferris State (11-0) Dec. 7, one that could send them to the national semifinals for the first time since 2016.

Rich Wright had no time to sulk in the wake of his second-round exit. He leaned into the disappointment of the loss as long as the plane ride back allowed him to. When he landed in Kansas City, Missouri, he had a season to evaluate and recruiting to focus on. The time for heartbreak was brief.

“One of the things about my job is I don’t have a whole lot of time to feel sorry for myself,” Rich Wright said. “You just have to kind of keep pushing forward. … This disappointment is in the locker room after the game and on the flight home. And then you’ve got to let it go and you’ve got to move forward.”

The Bearcats, of course, have moved forward since the loss to Ferris. They completely retooled their offensive and defensive fronts, Rich Wright said. They recruited impact transfers like junior wideout Imoni Donadelle and senior running back Justin Rankin. They watched Braden Wright undergo an offseason of maturation. The team, by Rich Wright’s evaluation, is better than it was a year ago.

The upcoming matchup between the Bearcats and Bulldogs will serve as the third meeting between the two programs. Northwest ended Ferris State’s season at Bearcat Stadium in the national semifinals en route to its sixth national title in 2016. Ferris, of course, sent the Bearcats home in the second round last season in Big Rapids.

The two programs have found one another in the postseason three times in the last four years. For Rich Wright, the familiarity with Ferris is advantageous, but the history means nothing. There is no added motivation facing the Bulldogs in the quarterfinals, he said. Senior linebacker Andy Hessler feels somewhat differently.

Hessler, who missed last year’s matchup and much of the season that led up to it, is approaching the matchup with a sense of urgency. He referenced the importance of studying Ferris film four times in his sessions with reporters Dec. 3. He is four quarters of football away from a semifinal berth or the end of his career.

“I think there’s just that chip on our shoulder,” Hessler said. “That Ferris played very well, like we said before, but we didn’t put our best foot forward, so there’s that chip on your shoulder that you want to go play well and show what you can do. But there’s also that ‘get to the round of four’ (feeling), because then one of the best four teams in the country.”

The Bulldogs figure to pose a laborious challenge for Northwest. Physicality is a hallmark of Ferris State’s fronts, both offensively and defensively. They average more than 510 yards of offense per game and allow less than 14 points per contest.

“When you’re in the round of eight, looking to get out of the regional finals, that’s kind of what you’re looking at,” Rich Wright said. “It’s fun for me in the sense that three of the four last years, it’s come down to this game between these two football programs.”

Northwest’s upcoming trip to Michigan marks the team’s first trip to the quarterfinals since 2016. This year’s seniors, for the most part, were redshirt freshmen then. They reaped the benefits of upperclassmen. Most of them are national champions who have never contributed on a championship team.

This year, though, could be different. Hessler played in 15 games in 2016, serving mostly as the team’s long-snapper. His contributions then were minimal. Many of his now-senior peers contributed even less. They’re heading to Big Rapids with a chance to make an impact on a championship-caliber team for the first time in their careers.

“Our senior class has worked hard; this whole team’s worked hard to get back to this point,” Hessler said. “We’re excited for the opportunity and we know, just like the past two weeks, it’s win or go home.”

The Bearcats fought for 11 weeks of the regular season to earn a right to play in Week 12. The playoffs, though, bring the unpredictability of a win-or-go-home format.

For the last two weeks, not much has been certain for the Bearcats. In the week ahead, a few things are. Northwest will fly home from Ferris in the aftermath of a playoff game for the second year in a row. When the Bearcats land in Missouri, Rich Wright will be looking forward.

Whether preparing for an offseason of work or a semifinal matchup, Rich Wright will be looking forward.