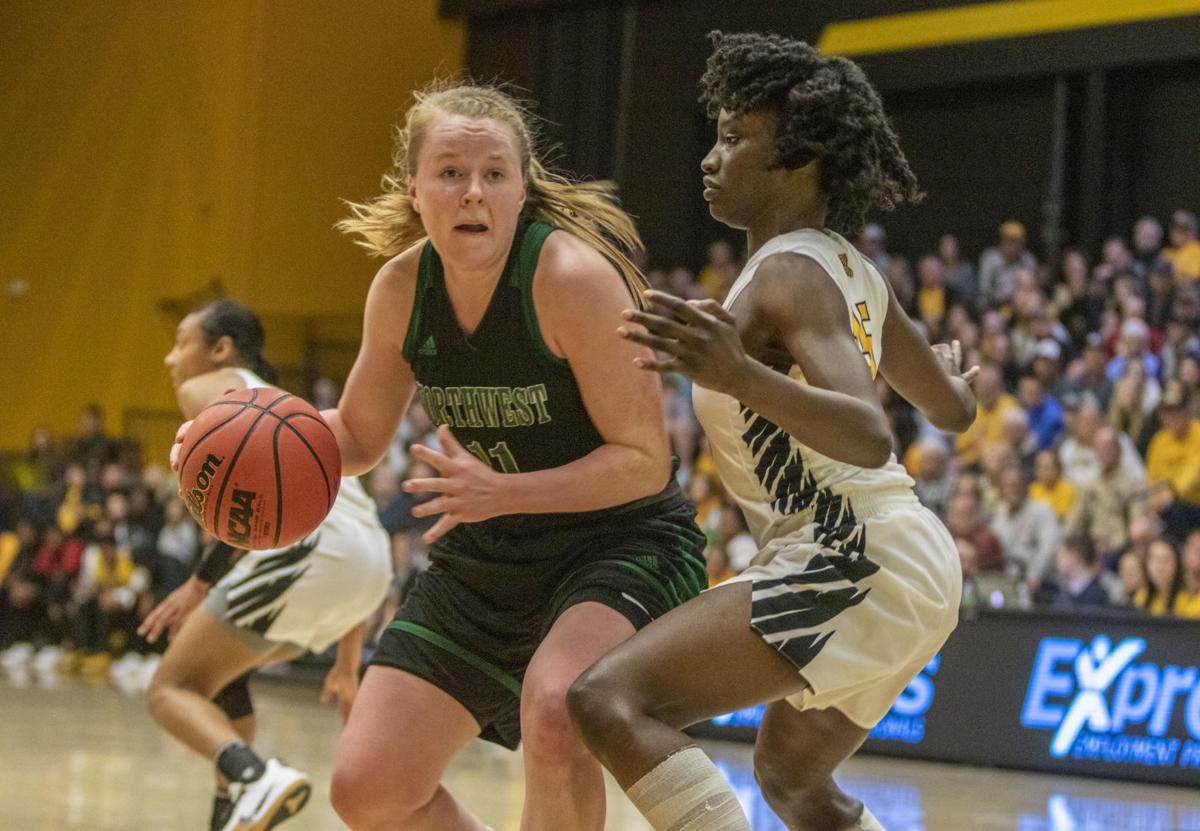 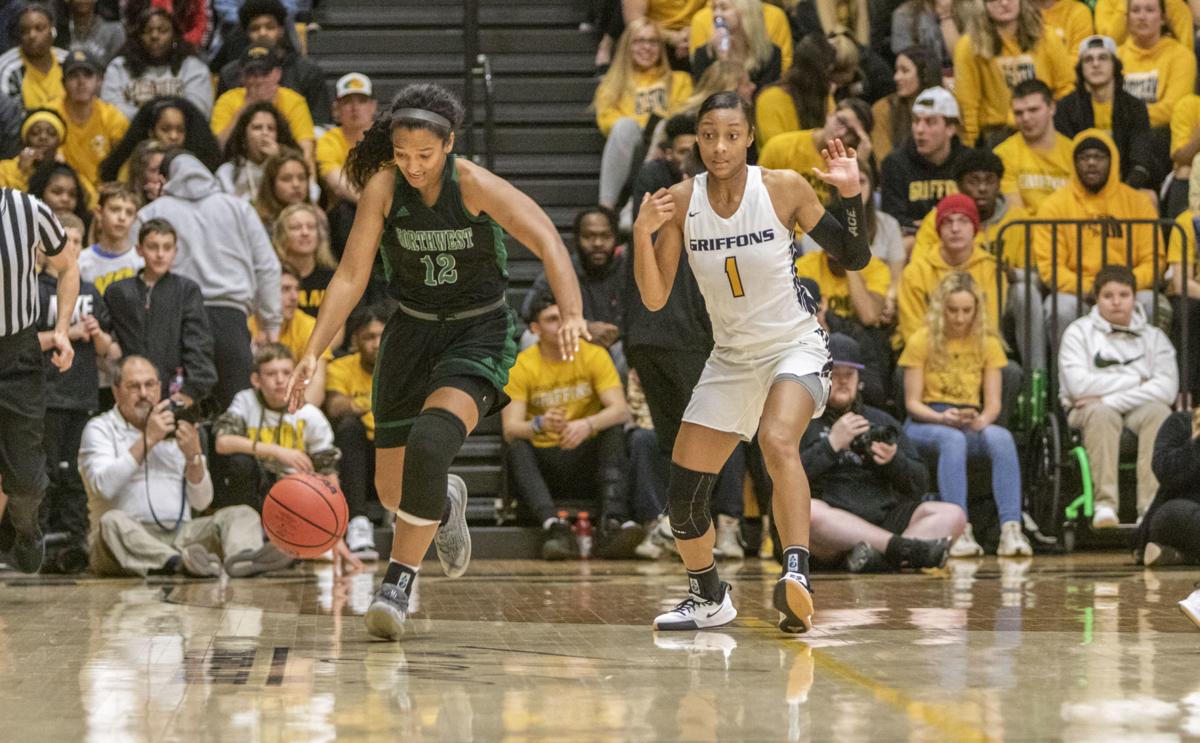 ST. JOSEPH, Mo. — Prior to Northwest women’s basketball making the 45-minute trip south Feb. 25 to face rival Missouri Western, the Bearcats had two games to earn their way into the MIAA Tournament.

“We now have two guaranteed days left of the season,” Northwest coach Austin Meyer said. “We’ve gotta put this one past us and come out and compete against Washburn.”

Similar to the first matchup between the two, Western (20-7, 12-6 MIAA) attacked Northwest (11-16, 6-12 MIAA) in the post. The Griffons’ junior forward Corbyn Cunningham made her presence felt, tallying 26 points and 16 rebounds. In some ways, Cunningham’s efforts were reflective of the contest. Western dominated in the post and Northwest struggled to stop the Griffons from doing so.

During the season, Northwest has found success on the scoreboard when it does on the glass. Against the Griffons, the Bearcats were outrebounded 40-25. The lack of execution in the post, Meyer said, is due to how stout the post players for Western are.

“I thought we did a pretty good job defensively against them last time in the post,” Meyer said. “This time, we really struggled. Give them credit ... They’re just really good.”

The Bearcats become an addition to the collection of teams that Western has beaten at home.

Three weeks prior to the matchup, Meyer said the Bearcats, in some ways, have more success on the road than they do in Bearcat Arena. Western touted a 12-2 record prior to hosting Northwest. That mark, of course, rose with the help of Northwest.

The defeat, senior guard Kendey Eaton said, was in part due to the atmosphere.

“The atmosphere here is tough to play in, it’s hard to hear,” Eaton said. “I think a couple of times we were yelling at each other in transition and we couldn’t hear each other.”

Along with the crowd in the MWSU Fieldhouse, Western presented a brand of defense that caused the Bearcats to shoot 33.3% in the game. Northwest scored 27 points in the third quarter, the period where the Bearcats traditionally struggled the most. In the other three quarters, combined, they scored 22.

Eaton said the Griffons sped things up for the Bearcats and threw them out of sync. She also scored 16 points in the contest to lead Northwest. Her scoring spurt was complemented by juniors forward Mallory McConkey (15) and guard Jaelyn Haggard (14). Between the other nine Bearcats that logged minutes, there were 4 points scored.

“They really get you with their pressure,” Meyer said. “It gets to you. After a while, it just kind of takes a toll on you with their length. I mean, the way they guard — it was just a tough matchup for us.”

The loss leaves the tournament bid hanging in the balance for the Bearcats. Heading into the last two weeks of the regular season, Northwest was toeing the line of either watching the postseason or being a part of it. Any win from the Bearcats in their last four games guaranteed them a spot. Any loss from Newman in its last three guaranteed Northwest a spot.

Now, the Bearcats have one opportunity to earn their spot. That opportunity presents itself as a matchup Feb. 27 with Washburn in Bearcat Arena. If the women don’t earn it, they’ll rely on Newman to lose to either Nebraska-Kearney or Fort Hays.

“I mean, it’s big,” McConkey said. “Also, I think we’re gonna come out really hard. Especially last home game of the year, it’s Senior Day. I mean, I’m already looking forward to the Washburn game and what we can do.”

“I think we’re still going in the right direction,” Meyer said. “I think we’ve got a chance to do something that hasn’t been done in a while. … There’s still some checkmarks that we can put on this season. We just gotta focus on getting better.”