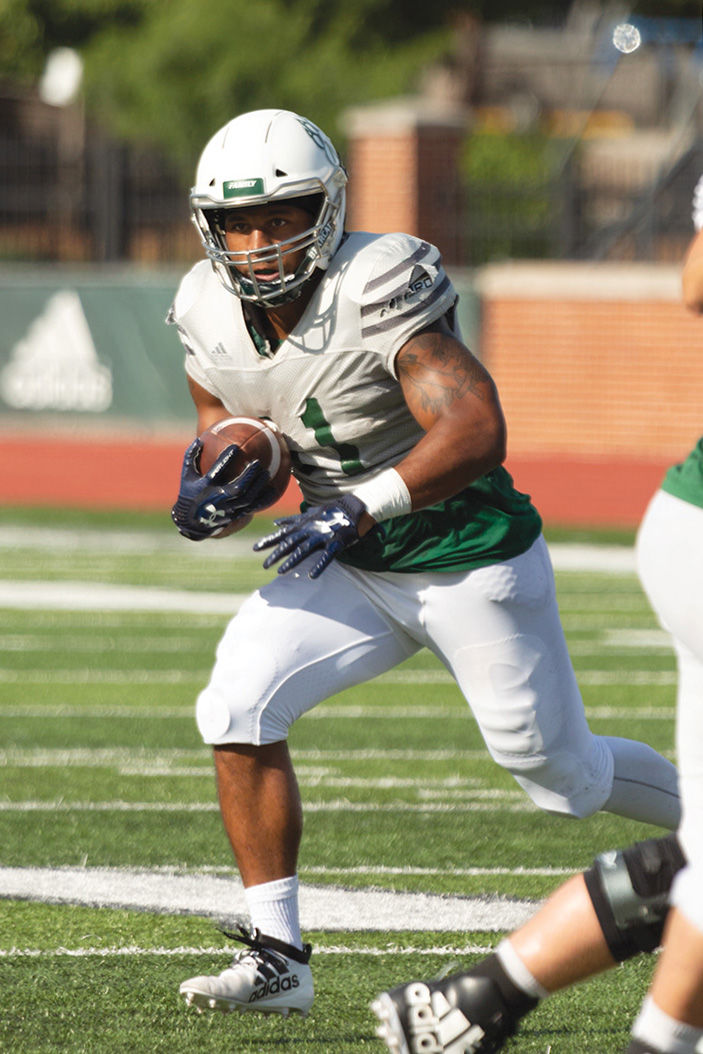 Senior running back and transfer student Justin Rankin, joins the Bearcats for his final season of collegiate football. 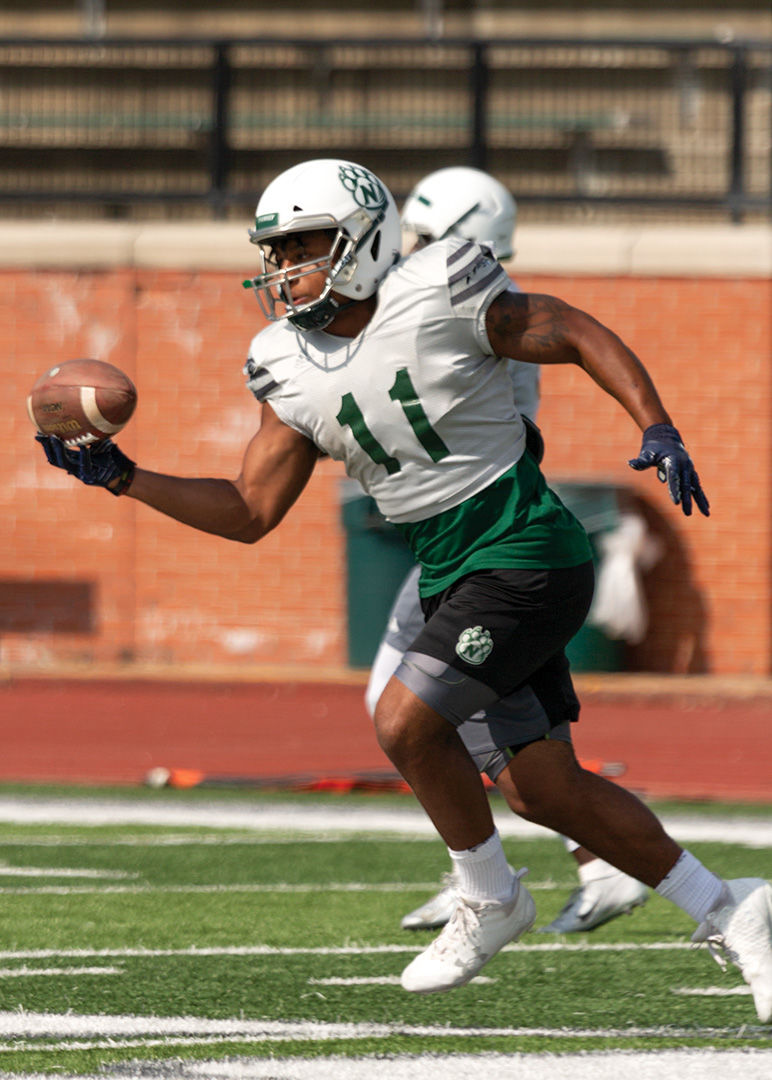 Rankin preparing for the 2019 season at practice on Aug. 24. 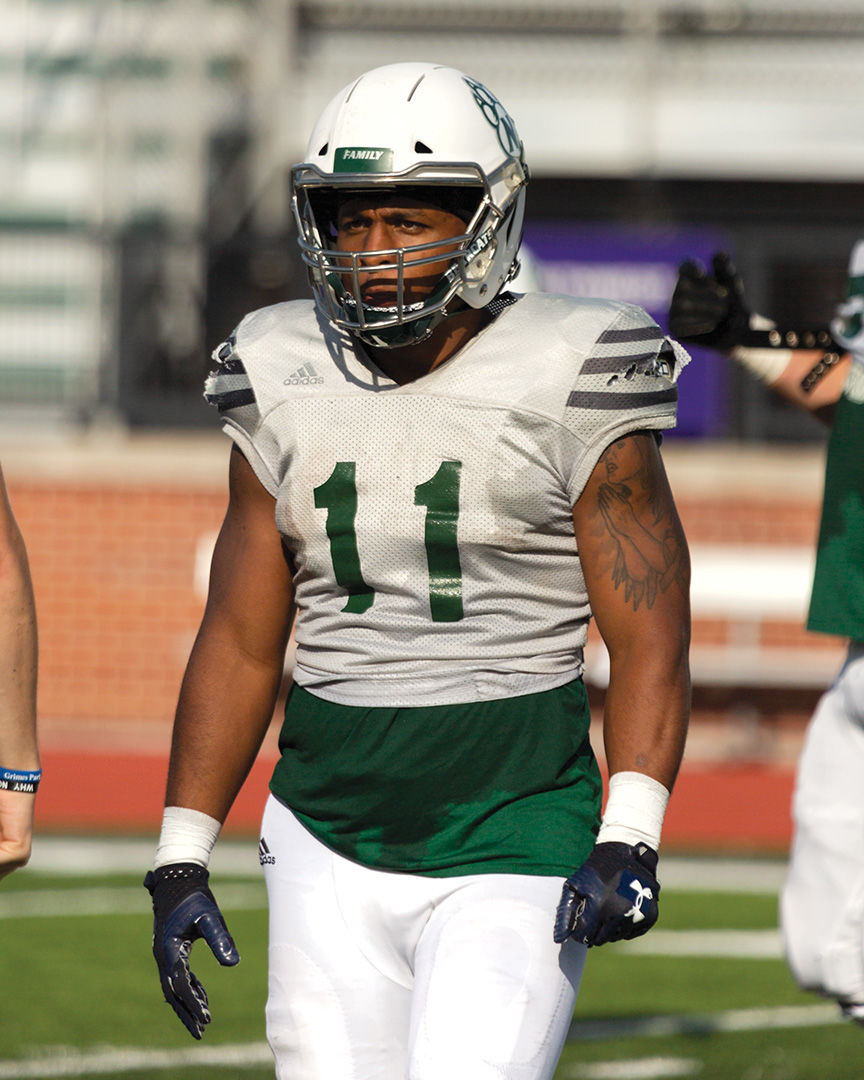 Senior running back and transfer student Justin Rankin, joins the Bearcats for his final season of collegiate football.

Rankin preparing for the 2019 season at practice on Aug. 24.

Every athlete has a program that is fit for them, whether that’s playing for Nick Saban, Dabo Swinney or any other Power Five school. For others, it’s as simple as finding their niche at a Group Five school. Although not being the dream for most, former Kent State running back Justin Rankin finds himself ending his collegiate career in Division II, as a Northwest Bearcat.

Coming out of high school, Rankin had a resumé full of accolades, something that not too many athletes are capable of saying. Despite being a multi-sport athlete, he found his success to come in the fall, on the football field.

Many children across the country find themselves starting football at a young age, Rankin was no different. The Oberlin, Ohio, native began his playing days when he was in third grade. From then on, Rankin grew fonder of the game of football, but didn’t fully realize his true love for the game until his freshman year at Elyria Catholic High School.

“I never really thought I’d end up (in college football),” Rankin said. “My sophomore year when I started to get offers, I was just like, ‘Wow. I can really go to college just to play football.’”

Rankin, who was selected to three All-Ohio First teams, earned all-state honors in track and field and rushed for 28 touchdowns across his final two seasons for Elyria Catholic, had an unofficial visit to Indiana as early as his sophomore year.

A piece to the puzzle that Rankin struggled to fill was one of the most important parts of being a student-athlete — the grades. The positives simply were not enough to outweigh the negative, despite Rankin’s ability on the field.

“Man, I really enjoyed the Buffalo visit; that was a big visit that I liked,” Rankin said. “I didn’t have the Indiana offer at the time but I enjoyed (the visit) — yeah, that was a good one. They were going to offer but I had bad grades so.”

So a lengthy recruiting trail, including an offer from Western Michigan and the visit to Buffalo, Rankin settled on staying in his home state, enrolling at Kent State in January 2016.

Rankin had an immediate impact on the program, logging significant playing time as a freshman. He came in second on the team in total rushing with 511 yards and three touchdowns on 108 carries.

His impact carried over into the next two seasons as well. In Rankin’s three seasons as a Golden Flash, he compiled a total of 1,575 rushing yards with 10 touchdowns. His best season rushing came this past year as a junior at Kent State, having rushed for 574 yards and four touchdowns. Along with this, he added 127 receiving yards and a touchdown.

In a difficult decision for Rankin, a new coaching staff, alongside other things, led to him reopening his recruitment for his final season of collegiate football earlier this year.

“It was one of those things where we just didn’t really see eye-to-eye,” Rankin said. “It was a hard decision, but I thought it was a better decision for my future.”

Rankin officially became a Bearcat in February, on national signing day, when he inked his transfer papers to come to Northwest.

Traditionally speaking, the Bearcats have a program of “home-grown” athletes, which means that seldom transfers are accepted into the program. Graduate Assistant running back coach Zach Martin knew Rankin was fit for a program like the Bearcats.

“We had a connection with someone at Kent State, they had nothing but good things to say about him,” Martin said. “By then, a guy that’s played at that level, we figured he could play here. … We brought him up for a visit in December — I actually picked him up from the airport. We got to talking, and I could just tell that he was our type of guy.”

In this upcoming season for the Bearcats, Rankin is hoping to add meaningful reps of experience to the running back position. Along with senior Isaiah Strayhorn and sophomore Raymond Thomas, Martin added that the running back room has the potential to be the most impactful position this season for Northwest.

Although an unlikely turn of events for a once Division I athlete, Rankin comes to Northwest embracing the culture that has been in the program for what seems like forever.