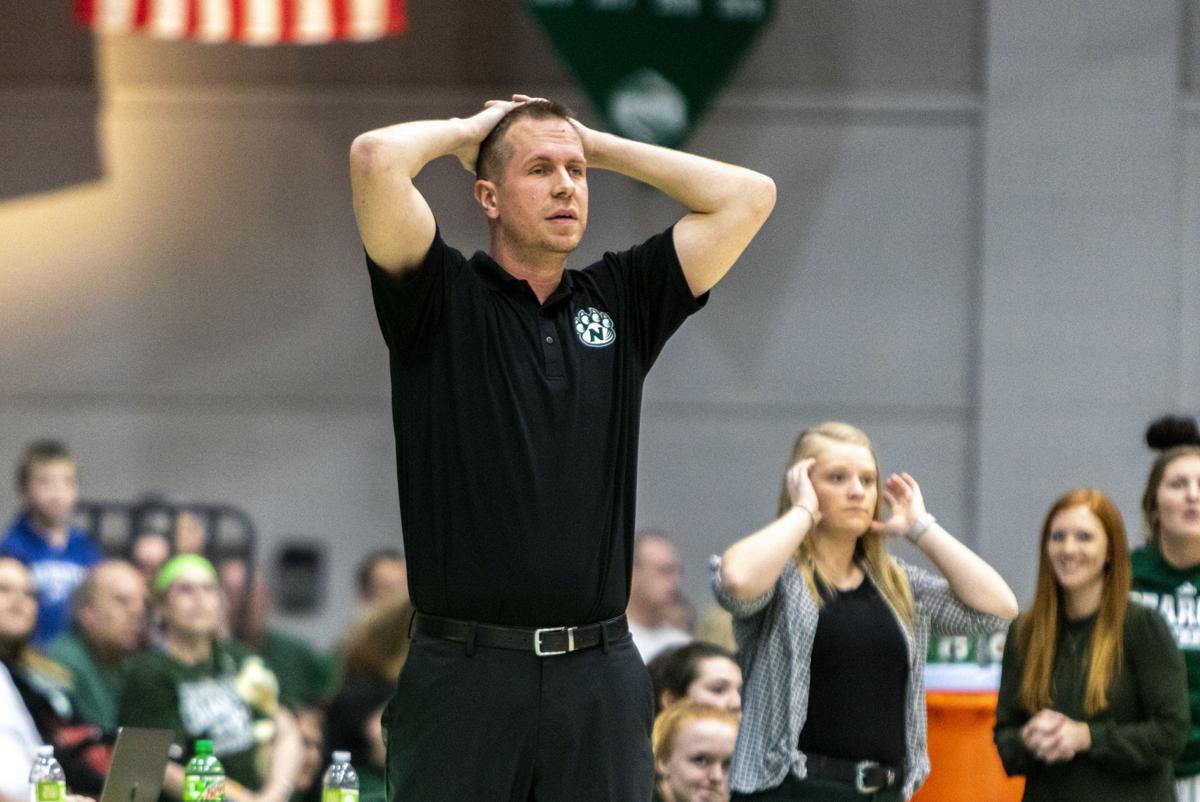 In his two-year tenure, Northwest women's basketball coach Austin Meyer hasn't found a win against Pittsburg State. With a 77-76 loss to the Gorillas Feb. 22 in Bearcat Arena, that didn't change. 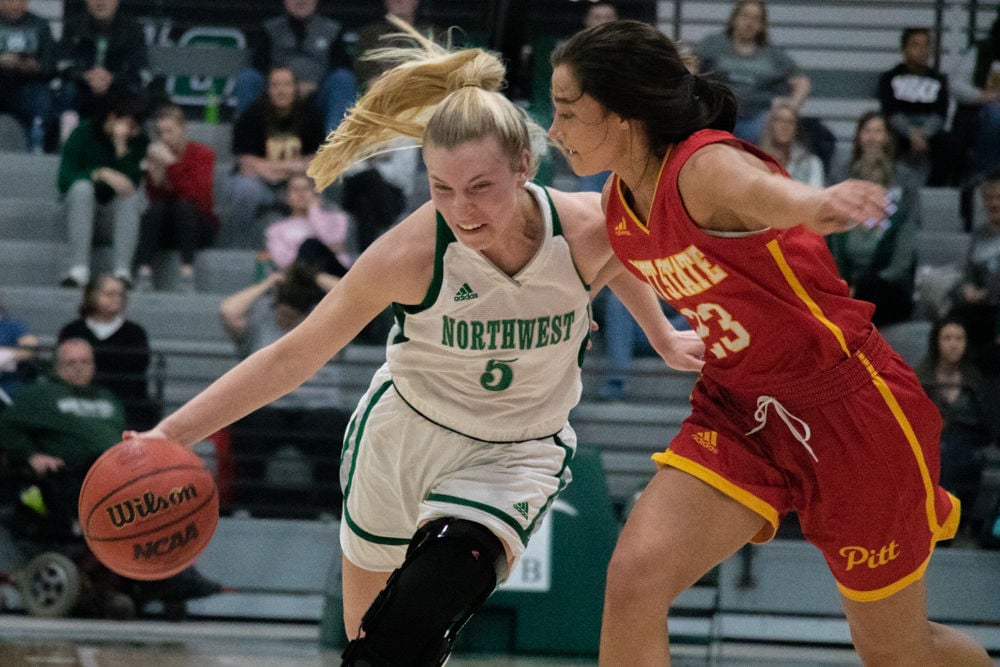 Northwest women's basketball senior guard Kendey Eaton drives against a a Pittsburg State defender in the Bearcats' 77-76 loss in overtime Feb. 22 in Bearcat Arena. Eaton scored 19 points and 3 rebounds against the Gorillas. 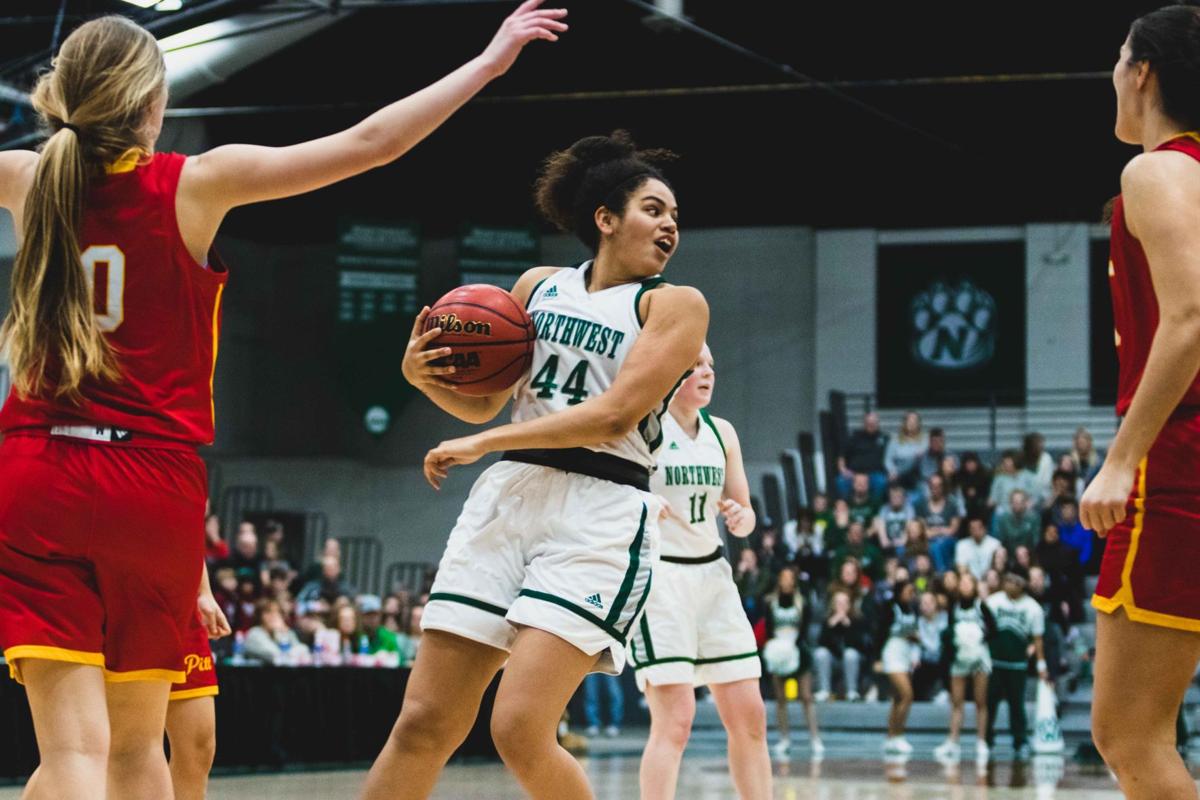 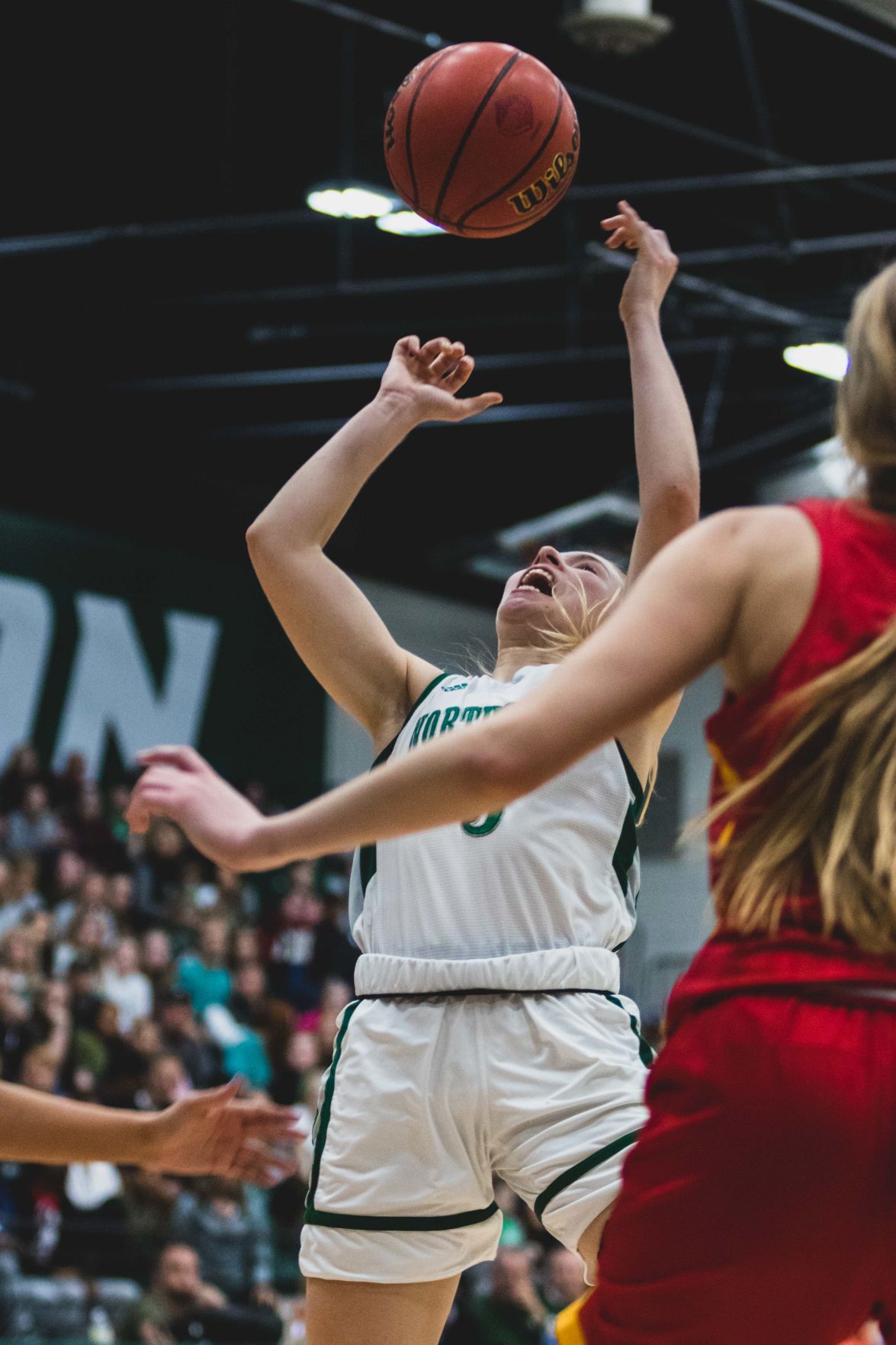 In his two-year tenure, Northwest women's basketball coach Austin Meyer hasn't found a win against Pittsburg State. With a 77-76 loss to the Gorillas Feb. 22 in Bearcat Arena, that didn't change.

Northwest women's basketball senior guard Kendey Eaton drives against a a Pittsburg State defender in the Bearcats' 77-76 loss in overtime Feb. 22 in Bearcat Arena. Eaton scored 19 points and 3 rebounds against the Gorillas.

With a 77-76 loss in overtime to Pitt, that streak will live to see its ninth birthday.

“It hurts worse because we lost by 1 point,” junior forward Mallory McConkey said. “It makes you think, like, throughout the game the little things that you could’ve done better.”

Eaton made the switch from her left hand to her right, the dominant of the two, and drove down the lane to the right block — 4.6 seconds left in overtime.

Her shot hit the front of the rim, fell into senior guard Erika Schlosser’s hands, back into Eaton’s, who threw the ball out to junior forward Mia Stillman — zero seconds left in the game.

Stillman’s desperation heave hadn’t left her hands before the final buzzer sounded. It sailed through the air in Bearcat Arena to no avail. With the shot went the Bearcats’ hopes of clinching a spot in the MIAA Tournament.

This was the final sequence during the last few seconds in overtime. Rough break for Northwest. pic.twitter.com/sIdmkC3Yqb

“Kendey got it and I thought she made a pretty good decision,” Northwest coach Austin Meyer said. “She got to a good spot and she’s a kid we’re confident in.”

Overtime. Free basketball from Bearcat Arena. Tied up at 66 heading into another five minutes. @NWMSports pic.twitter.com/uM195CE7PS

McConkey and Eaton combined to score 10 of Northwest’s final 11 points in the fourth quarter. After freshman forward Jayna Green hit a free throw with 16 seconds left, the Bearcats held a 66-63 lead. It was a lead that went away nearly as quickly as it appeared.

The duo of McConkey and Eaton tallied 41 points. Green added 11 points and 9 rebounds. Schlosser had 6 assists. In the grand scheme of things, the statistic that matters is the 1 point that the Bearcats didn’t score.

On the inbound for Pitt, senior guard Meghan Maher sidestepped the outstretched arm of Green, threw up a three-pointer and watched that shot go in to send the game to an extra period.

The Bearcats, of course, lost the game by 1 point. That, Meyer said, is something that most teams wouldn’t have done.

“You see a lot of games like that where somebody hits a shot like that to send it to overtime and that team wins by 15,” Meyer said. “We didn’t quit. It was back to the bench. It was next play mentality and we came out and competed in overtime.”

For Northwest, it’s the 15th consecutive loss to Pitt, the last win coming March 5, 2011. What differed from the Feb. 15 matchup between the two programs, Meyer said, was the confidence. The latest of the series was one that the Bearcats played really well in — well enough to win — Meyer said.

“That would’ve been crazy for our program,” Eaton said. “I still think it is. We were right there — we had that game — it just. There’s just a couple of things that we need to clean up a little bit. … Super encouraging to see that we’re there for that game and we know that we can pull those out.”

A win for Northwest would have sent the Bearcats back to the MIAA Tournament for the first time in the Meyer era (2016-17). Instead, the loss leaves the tournament bid hanging in the balance of the last two games of the regular season.

With a win either Feb. 25 against Missouri Western or Feb. 27 against Washburn, the Bearcats are in. If the Bearcats blank against the Griffons and Ichabods, they’re stuck relying on Newman to lose either of its remaining two games to make it to March 4 in Municipal Auditorium.

It’s a destiny, Meyer said, that the Bearcats still have control of. After the Feb. 20 loss to Missouri Southern, which would’ve clinched the spot if the Bearcats had won, Meyer said that he’d rather his team earn its way in rather than having somebody else give it to the Bearcats.

For the Bearcats, there aren’t too many chances left before there are none.

“We still kinda control our destiny, as far as that goes,” Meyer said. “You know, the games are winding down.”