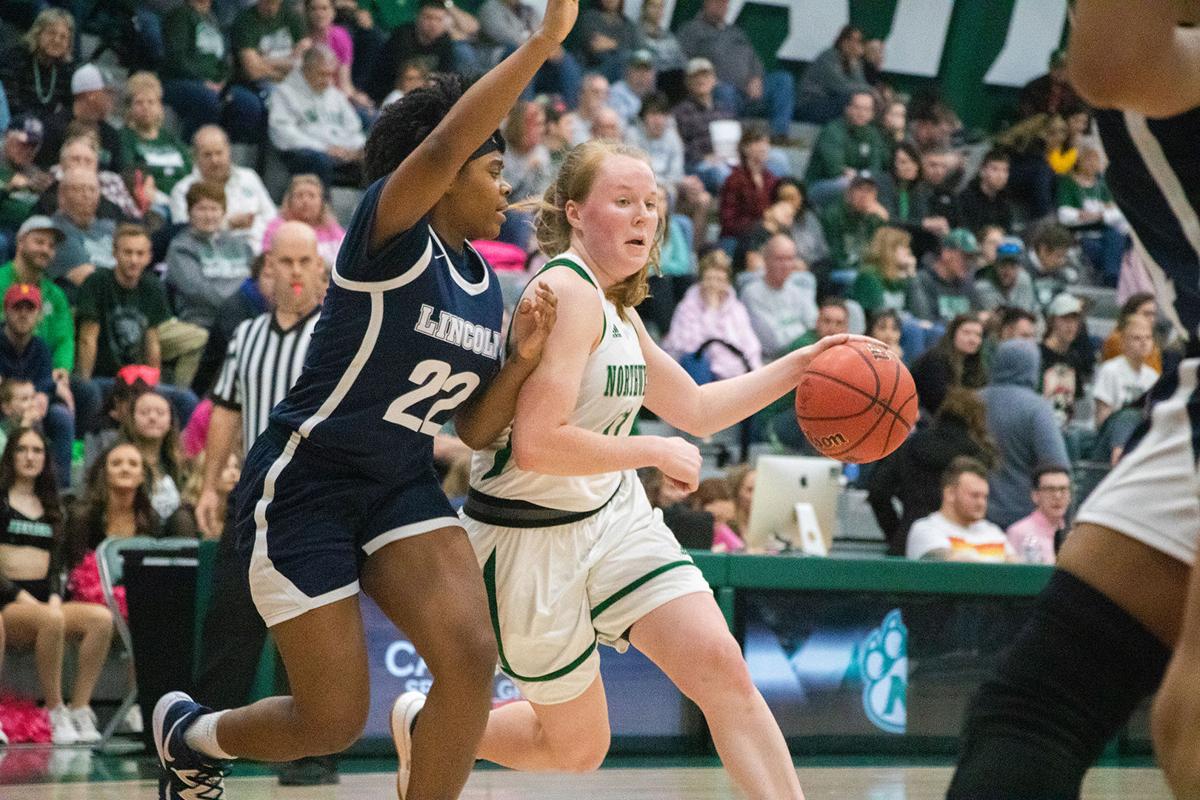 Northwest women's basketball junior forward Mallory McConkey drives to the basket Feb. 8 against Lincoln. McConkey recorded 10 points to go along with 5 rebounds and 2 assists in the Bearcats' 59-45 win over the Blue Tigers. 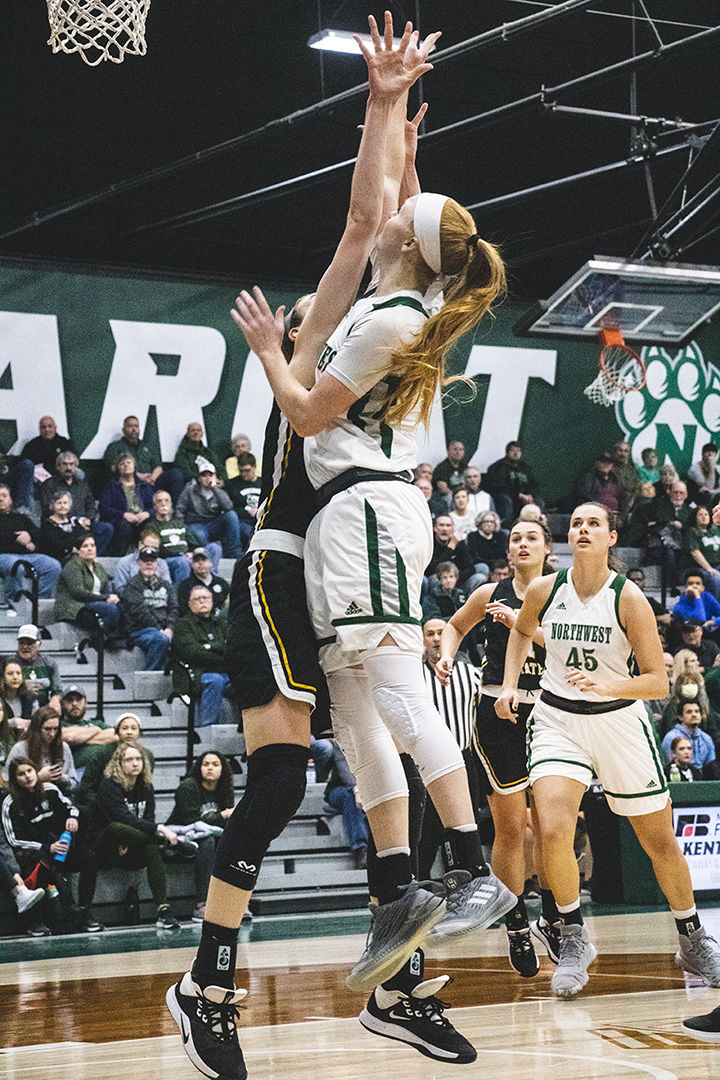 Northwest's junior guard Kylie Coleman shoots a floater over a defender Jan. 25 in the Bearcats' 70-59 loss to Fort Hays State. Coleman scored a team-high 17 points against the Tigers.

Northwest women's basketball junior forward Mallory McConkey drives to the basket Feb. 8 against Lincoln. McConkey recorded 10 points to go along with 5 rebounds and 2 assists in the Bearcats' 59-45 win over the Blue Tigers.

Northwest's junior guard Kylie Coleman shoots a floater over a defender Jan. 25 in the Bearcats' 70-59 loss to Fort Hays State. Coleman scored a team-high 17 points against the Tigers.

In the presence of a group of reporters, Northwest women’s basketball coach Austin Meyer tried to tally how many consecutive times the Bearcats have lost to Pittsburg State.

He pondered on the thought of the number lying somewhere in the early stages of double-digits. Specifically, Meyer recollected that it was perhaps 12, maybe 13, straight losses to the Gorillas. With the 60-54 loss to the Gorillas in Pittsburg, Kansas, Feb. 15, that figure moved to 14.

The Bearcats, Meyer said, don’t want a bunch of moral victories. Northwest will get an opportunity at picking up a real victory in a rematch with Pitt (14-9, 10-5 MIAA) Feb. 22 in Bearcat Arena.

“Part of us growing is to just be competitive,” Meyer said. “I think there’s no doubt that we are.”

Before the Bearcats can get the chance to exorcise their demons against Pitt, they’ll have another rematch to address — one with Missouri Southern (8-15, 5-10 MIAA).

The loss to Southern, along with the one to Pitt, McConkey said, was a feeling that was unwelcome. A week in between both of those games could, she added, be something that isn’t all that bad for the Bearcats.

“Losing both of those games, and being right there, I guess makes it a little bit better for this week,” McConkey said. “You’re still feeling those losses and just wanting to work harder at that.”

A win against Pitt, for the program, would be rather notable. It would, of course, snap a skid that’s a few weeks away from celebrating its ninth birthday. That win, if the Bearcats nab one over Southern two days before, could seem rather insignificant in the grand scheme of things.

If the Bearcats are able to tame the Lions, it will guarantee a spot in the MIAA Tournament for the first time since the 2017-18 season when it was in Edmond, Oklahoma. The last time the Bearcats participated in the tournament when it was in Kansas City, Missouri, was the 2013-14 season.

With a single win during the last four games, or a loss from Newman in its last three, the Bearcats will return to Kansas City.

“I mean it’s really exciting to think about,” McConkey said. “Just because none of us have been there. Just to be able to go play in Kansas City is awesome. … I’m really excited to get there.”

For Northwest to not reach the tournament, it would take complete catastrophe from the Bearcats and utter triumph from Newman (9-16, 4-12 MIAA).

The position isn’t one that Northwest is accustomed to. The last time that Northwest won a game in the tournament was during the 2012-13 season. It’s a dry spell that’s plagued the program predating the Austin Meyer Era by six years. No person involved in the program now was on the roster when the women last won a conference tournament game. The last time the Bearcats won a tournament game, McConkey was in eighth grade.

“Just know that we’re playing meaningful games at this point in the season with a chance to get to Kansas City is huge for us,” Meyer said.

“Still, obviously, we all know we have a long way to go to where we want to be,” Meyer said. “But just to see how far we’ve come is huge.”

The sermon that Meyer has preached to everyone surrounding the program is the fact the Bearcats aren’t worried about Kansas City, the MIAA Tournament or what’s to come next week. Instead, they’re focused on the game to show up next on the schedule. That, of course, is the one against Southern that could help the Bearcats clinch their spot to compete in the conference tournament.

The matchups with Southern and Pitt this weekend, along with the ones against Missouri Western and Washburn next week, serve as measuring sticks to see where Northwest sits among the ranks of the conference. The Bearcats will get to each game whenever it comes time to play it. But the matchups in the coming weeks, in some ways, hold more significance than any played to this point in the season.

“Almost treat every game like a playoff game because, basically, it is,” Meyer said. “So if we can just keep getting better, keep competing game-in and game-out, then get to Kansas City, we’ll see what happens.”