Skip to main content
You have permission to edit this article.
Edit
Home
News
Sports
Opinion
Arts and Entertainment
Advertising
About Us
Subscribe
Northwest Student Media
1 of 2 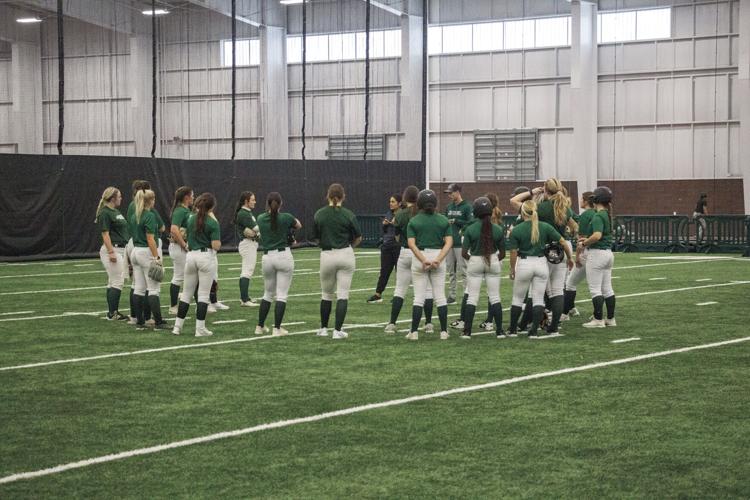 Northwest softball coach Naomi Tellez addresses the team before starting a new drill during practice Jan. 24. The Bearcats will kick off the 2023 season Feb. 3 at the Minnesota State-Mankato University Invitational. 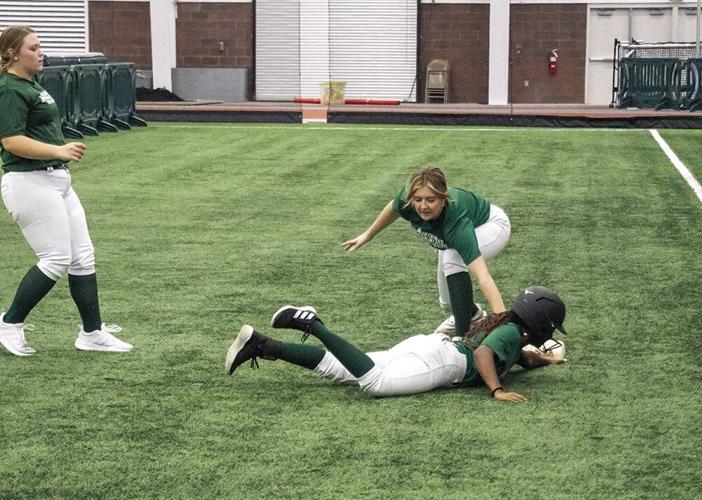 Northwest softball junior center fielder Avery Anderson bends down to tag freshman left fielder Omara Love out at the base during a drill. The Bearcats are preparing in the Carl and Cheryl Hughes Fieldhouse for the first tournament of the season.

Northwest softball is looking to improve from last season as spring is inching closer, with second-year coach Naomi Tellez.

Tellez said she is looking forward to the new season and looking to improve from last season when the team went 15-36, although at times it was a struggle.

“Going into this season, the excitement level is definitely higher than my first season just because we ended on such a positive note last year,” Tellez said. “We started definitely peaking towards the last half of the season.”

The team started to turn things around towards the end of the 2022 season, winning seven of its last 10 contests.

Northwest had a conference record of 9-17 in the 2022 season. Northwest had a batting average of .275, 49 home runs, 177 RBIs and an on-base percentage of .335. The team will look to polish up in all of those aspects to succeed at a high-level.

One of the returning starters and leaders of the team, sophomore infielder Skylar Pieper, said she is looking to improve off last years’ late-season success. As a freshman, Pieper had a team-high batting average of .322 and 12 RBIs. Pieper also had 164 putouts, with a fielding percentage of .973, and only five errors as the first baseman. Pieper said she is looking forward to the upcoming season and showing what this team is truly capable of.

“We are looking forward to just getting to show what we are actually capable of,” Pieper said. “Last year was our first year with our coach, so having a year under our belt will definitely give us a little boost. Hopefully, we can show our opponents that we are better than what our record was last year.”

“We have a lot of young and new talent coming in, so I am excited to see them perform and play at a really high level,” Tellez said.

There are 10 underclassmen on the team, including six freshmen. Before the 2022 season, there were also 10 underclassmen, with nine sophomores. This group looks to build off last season, and Pieper said the emphasis is competitiveness and consistency.

“Our coaches have emphasized to be competitive and that you are not going to be perfect,” Pieper said. “In this sport, we are in a game of failure. So, when you do fail, just put it behind you and take the next step forward.”

“We are mostly just really focusing on controlling the controllables,” Tellez said. “Consistency. We started off really slow last year, but being consistent across pitching, defense and hitting is definitely going to lead us in the right direction. Being able to be more consistent in those areas will definitely benefit us.”

Last season, six MIAA teams ended with a winning record, including the 2022 National Champions — Rogers State. The Bearcats finished at No. 10 in the conference.

In order for this team to be a contender in the MIAA, Pieper said they are going to have to compete and handle adversity better.

“In those scenarios when we are down, we just have to keep pushing through,” Pieper said. “We always can make that comeback and can come up with a win no matter the circumstances.”