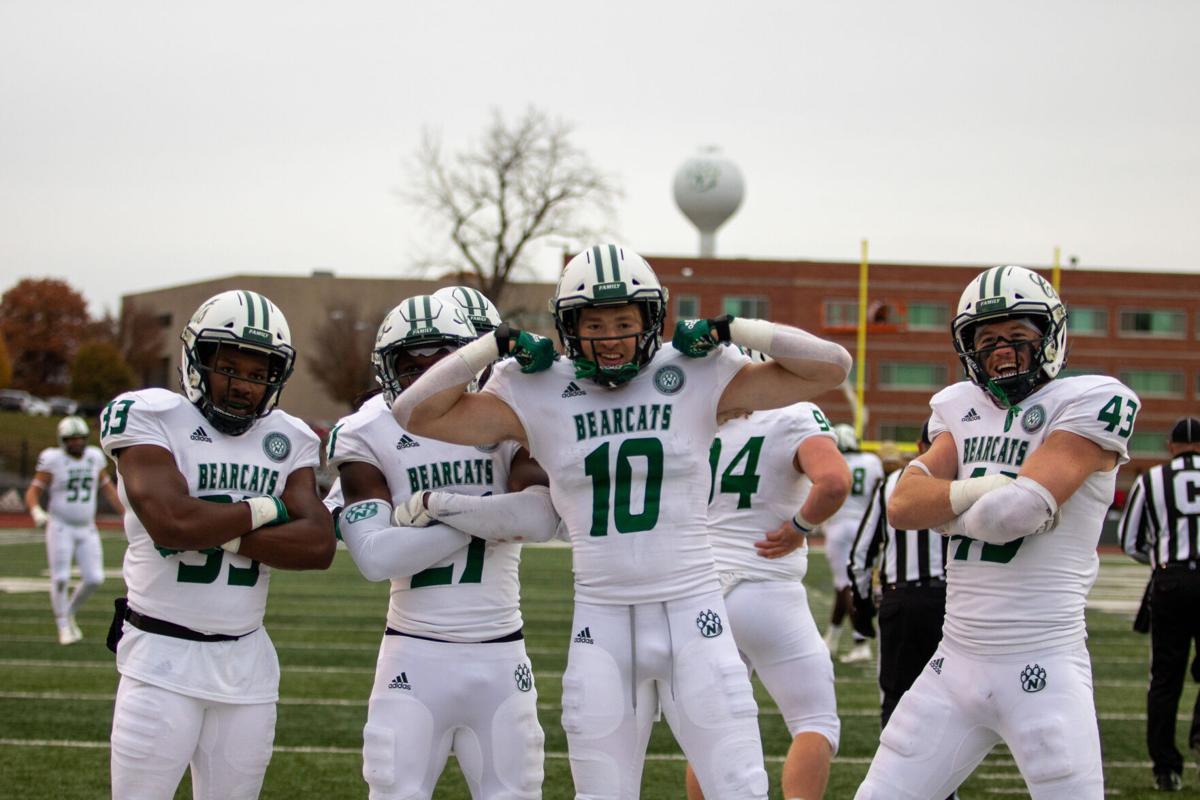 Northwest defensive back Drew Dostal celebrates after getting an interception during the Bearcats' 35-7 win over Emporia State Nov. 13 at Bearcat Stadium.

After finishing the regular season with a 35-7 win over Emporia State to clinch the program’s 31st MIAA title, Northwest football was tabbed as the No. 3 seed in Super Region III, the NCAA announced during the Division II Selection Show Sunday afternoon.

The Wildcats finished their 10-game schedule with an 8-2 record, nabbing their key win of the season with a 30-20 triumph over then-No. 11 Midwestern State Oct. 2. Their first loss of the year was a 63-14 defeat courtesy of Eastern Washington Sept. 11, and the other was a 14-9 loss to Angelo State Sept. 25.

Second-seeded Harding, Northwest and fourth-seeded Grand Valley State are the three schools that get to host first-round games, with top-seeded Ferris State getting a first-round bye. The remaining teams are unranked as part of the NCAA's initiative to reduce travel costs.

Along with travel, the unranked teams in the bottom half of the region are to allow the NCAA to create matchups that don't mirror ones in the regular season. Seeding teams would make those chances more likely.

The MIAA was able to get three teams into the postseason: Northwest, Washburn and Nebraska-Kearney. Kearney moved to Super Region IIII to, based on the NCAA's initiatives, prevent a first-round matchup between two MIAA programs; that's how Central Washington entered Super Region III despite not being one of the four member conferences.

When the Bearcats and Wildcats face off Saturday in Bearcat Stadium, it'll mark the first meeting between the two programs since Northwest beat Central Washington 21-20 in the quarterfinals of the 2009 season. The Bearcats finished that season with a 30-23 win over Grand Valley State in the NCAA Division II National Championship.