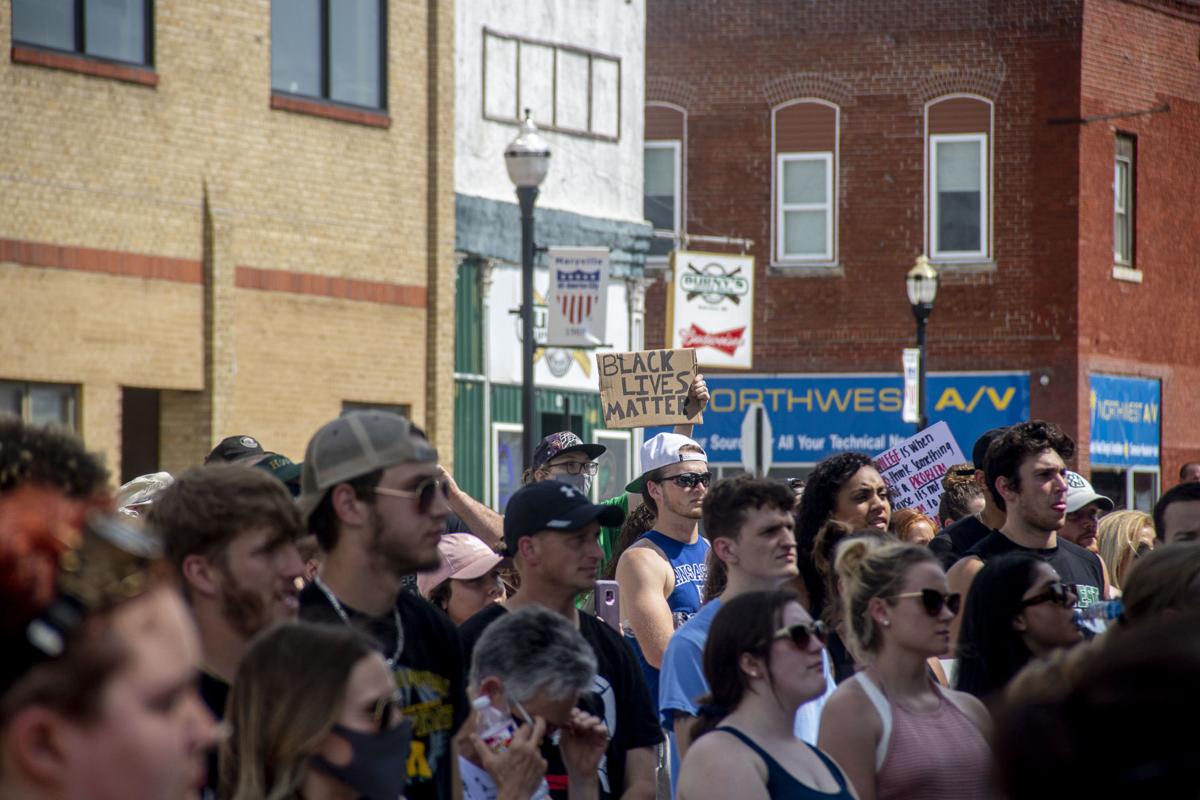 A protester holds a sing at the Black Lives Matter demonstration at the Nodaway County Courthouse in Maryville June 6. 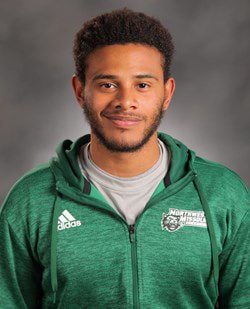 There’s been a lot of tension in the world recently with the Black Lives Matter movement storming back to the forefront of the media. For now, it seems like our pandemic has taken a backseat to the current outrage. The uproar was sparked by the video of a Minneapolis police officer unlawfully kneeling on the neck of George Floyd, resulting in his death.

For me, a young Black male, the video was heartbreaking. I found myself tensing up as if I was the one trying to fight for air. There was one emotion that eluded me while I watched the nightmare: surprise. I had seen this type of thing before, so seeing another Black individual become a victim to unlawfulness made me think that just another name would be added to a long list of things America hasn’t, and won’t ever deal with.

If it isn’t scary that the video didn’t shock me, because it surely scares me, you haven’t been paying attention for the past 400 years. Yes, 400 years. That’s also strange to think about. This pain and suffering has been so normalized in my community for so long, that I’ve grown numb to witnessing it. It’s even crazier to think that my father was born in a world where segregation still existed and my grandmother was subjected to it. That worries me.

If you don’t know why I said 400 years, do me a favor and run a quick Google search for “1619”. The first link that shows up is about the beginning of slavery in America well before the U.S. was even an idea.

For most of the nation, the tension surrounding Black Lives Matter has barely lasted three weeks. For my community and me, however, we have been fighting to be heard in America for over 400 years.

Of course with all of this controversy, there has been a shared sense of heartbreak between cultures that compels my wonderful friends and family to reach out to me asking if I’m OK or to tell me that I matter to them.

Despite those kind deeds, I can never feel comfortable answering the question, “How are you doing?” I can never say my usual “I’m doing well!” or summon my enthusiastic attitude. This is because, despite my upbeat and optimistic demeanor, my heart is broken.

I feel helpless. Completely and utterly helpless. I don’t feel like my community is being heard. We peacefully protest and get told we can’t do so.

Right now, there are things happening in this country — such as the city of Louisville banning the use of “no-knock” warrants after the murder of Breonna Taylor — that suggest a change is coming. On the other hand, recent events have also shown quite the opposite.

During the early hours of June 10, Robert Fuller was found hanging from a tree in Palmdale, California. Police suggest that there was no foul play found in the autopsy and the death was a suicide despite finding zero tools that would’ve allowed Fuller to reach his noose.

They’ve since walked back those statements after Fuller’s sister has demanded a deeper investigation, but the fact that a Black man was hanged in 2020, in public and during a very racially tense time period doesn’t sit well with me. Another prime example of why America doesn’t feel safe to its people of color.

Just because people of color don’t feel safe doesn’t mean we have to always feel unsafe. Here are some ways you could make a positive change in America:

Educate yourself and your peers about the challenges and injustices that people of color face. This can be as easy as talking to your community members and learning about their experiences or diving into Google on black history.

Consciously support Black-owned businesses. This helps bring up less well-known businesses in your community and can help you broaden your horizons. The Black community has a lot to offer when you look into it.

Sign petitions to help black Americans fight injustices. There have been a lot of petitions to help right the wrongs in our justice system. This only takes 20 seconds of your day and you could possibly save a life. This helps weed the wrongfully accused out of prison and put the true criminals that hide behind the law behind bars.

On top of signing petitions, be educated and registered to vote. This means you can truly understand the weight that legislation has on Black Americans and help bring about equality in America. Legislation is what can make us equal on paper and lead to equal opportunities regardless of race.

It’s hard to be Black in America. Even though we’ve been told that we have equal rights and are free from prosecution based on the color of our skin. But how are we supposed to believe our lives are safe if the ones who should be protecting us are the ones gunning us down or writing loopholes to tie our hands behind our backs?

I don’t know. But I’d like to tell my children one day that they don’t have to fear for their lives when getting pulled over for a busted taillight.