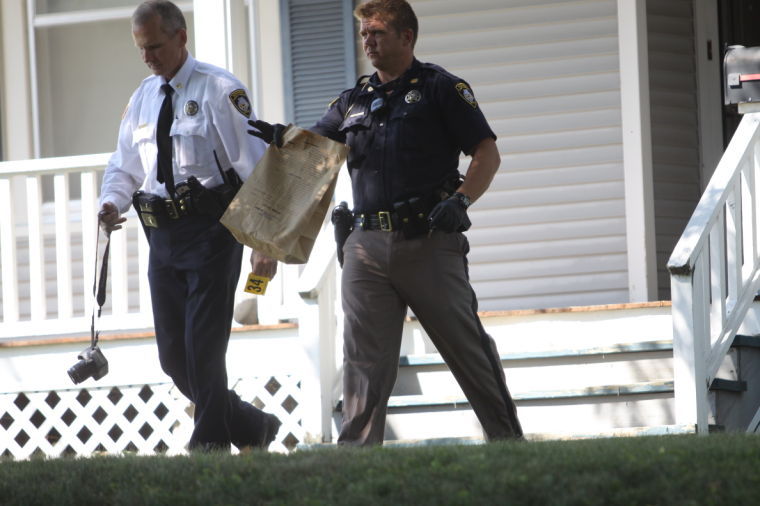 Officers of the Nodaway County Sheriff's Department carry an evidence bag out of Matt Rouch's house on W. 2nd Street. Rouch was charged with manufacturing a controlled substance. He has since posted his bond and is set to appear in court Oct. 8. 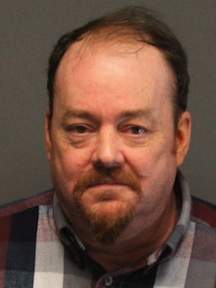 Officers of the Nodaway County Sheriff's Department carry an evidence bag out of Matt Rouch's house on W. 2nd Street. Rouch was charged with manufacturing a controlled substance. He has since posted his bond and is set to appear in court Oct. 8.

Northwest announced in a statement at 4 p.m. Friday that Rouch has been placed on "administrative leave pending the outcome of a University investigation." They will investigate whether Rouch violated University policies that could lead to discipline up to termination. Rouch is prohibited from entering University property at this time.

University Police were searching the office of Rouch at 5:45 Friday evening. It is unclear at this time if any evidence was recovered.

A search warrant was executed and several marijuana plants as well as packages "that would indicate someone was in the business for selling" were found at the home of Rouch, White said.

Rouch, 57, is being charged with a Class-B felony as well as a Class-C felony. He was released on bond of $25,000, or a surety bond. He has an arranged court date of Oct. 8, which will be his arraignment.

"What happened yesterday did not meet the elements of the crime for which this original investigation came about so he has only been charged with the drug related crimes," White said.

"It is all in the hands of the criminal justice system now. If there is probable cause, he will be given another date in the circuit-court," White said.

Though the remarks were made public on Facebook, White believes that security should never be taken lightly at a time like this.

According to the University's Faculty Handbook, "...while on University premises and/or doing University work or conducting University activities off the premises, no employee may use, possess, distribute, sell, or have a detectable level of alcohol or illegal in his/her system... Any employee who does not abide by this policy is subject to disciplinary action to and including termination..."

Rouch would not comment on the charges when reached at his home.

On Thursday, The Northwest Missourian ran an article by our editor-in-chief that reported a Facebook post by a Northwest professor. The post, made on August 28, read:

“By October, I’ll be wanting to get up to the top of the bell tower with a high-powered rifle, with a good scope and probably a gatling gun as well.”

The article raised questions and the University has since answered. Provost Doug Dunham sent out this email to students, faculty and staff.

On September 4, 2013, the University was made aware of a threat of violence made via a social media comment by a faculty member; the comment was posted on Facebook and later removed. The University Police Department (UPD) took immediate action. UPD made contact with the faculty member and the faculty member has been removed from campus and is in custody at the Nodaway County Jail for an investigative hold. There is no immediate threat to the safety and security of individuals on campus and throughout the community.

The University has strict policies against, and will not tolerate, threats or incidents of violence. Northwest will take all appropriate actions that are commensurate with the evidence.

Northwest places the utmost importance on the safety and security of all students, faculty, staff, and visitors. As a member of the campus community, we all play an important role in keeping our campus safe. Please immediately report any suspicious activity to University Police at 660.562.1254.

The Missourian staff will update breaking news as it comes in.