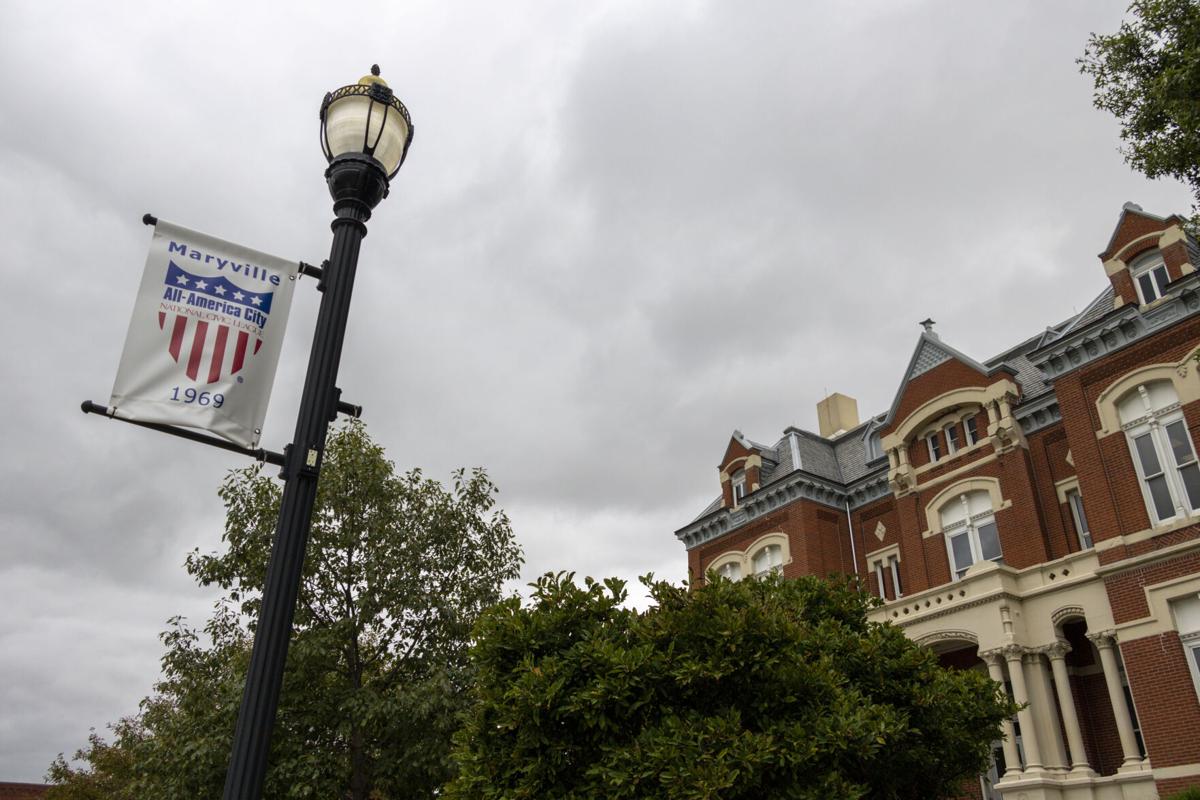 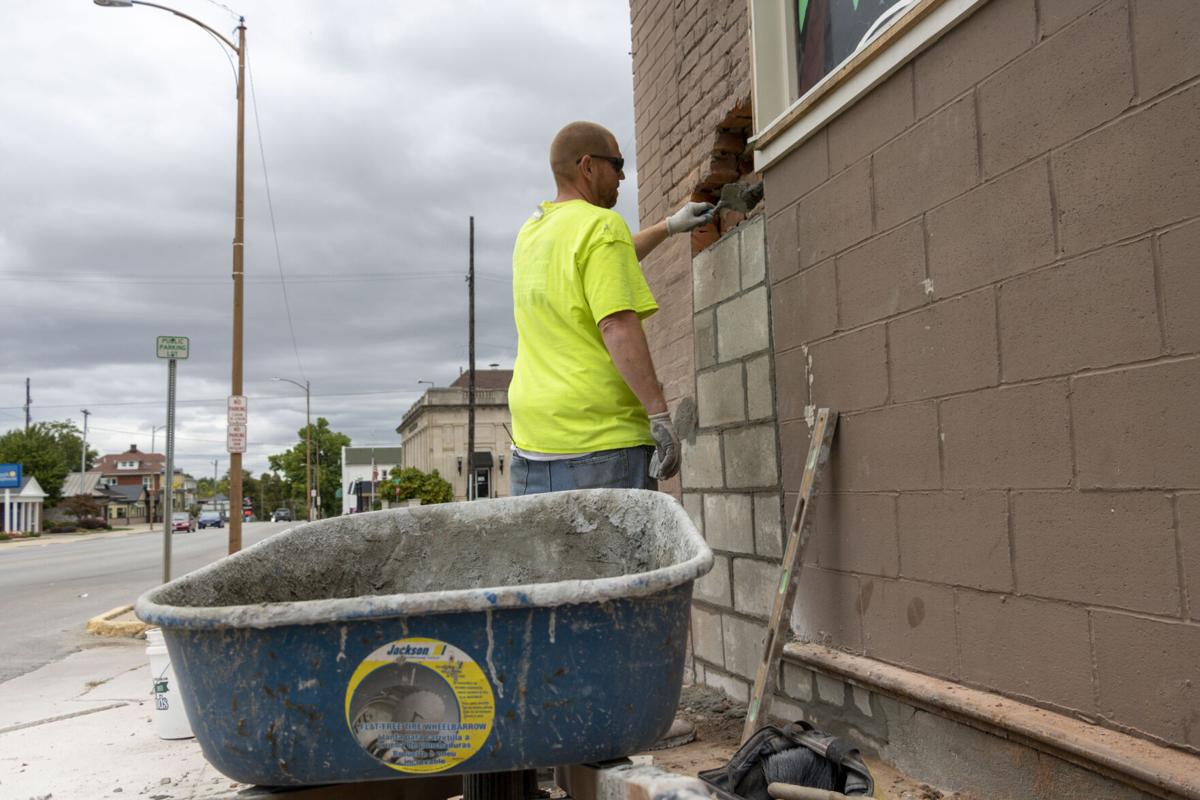 A city worker lays brick on a building in downtown Maryville. The city voted at its last regular council meeting to approve new development codes that included building materials.

Downtown Maryville is known by the community for its courthouse square, where local businesses, storefronts, bars and historic buildings thrive. That square is now becoming part of an overlay district, where the city set new standards and restrictions for development in the area.

The city is looking to build upon the foundation of those elements -- the successful businesses and historic buildings -- to improve the downtown area through beautification measures like the downtown pocket park and regulate further development.

“The ordinance is pedestrian oriented,” McDanel said in a Sept. 14 briefing for the city council.

At the same agenda-packed city council meeting where the local face covering mandate was extended, new zoning and codes were unanimously approved for downtown and the city’s vision for the area going forward.

City Manager Greg McDanel said the city has been involved in an extensive planning process for officially forming the district, seeking frequent public input and suggestions from business and building owners in the area.

“We held public hearings, meetings discussing development of guidelines with property owners,” McDanel said at the Sept. 14 city council meeting. “Citizens attended to discuss what elements were important to them before the ordinance went to city council to vote.”

Considering that input, regulations drafted by city staff are designed to provide the overlay district with guidelines for developments going forward. McDanel said some regulations could be a challenge, but others actually offer more flexibility for business owners in the area.

When Carson’s Sports Grille wanted to expand its facility to include outdoor seating before the restaurant later closed, it had to do so by modifying the entrance space of the building itself, since code did not allow for use of the sidewalk.

Among other items, the ordinance passed Sept. 14 allowed for the use of sidewalks for outdoor seating and cafes, outdoor displays and further defined pedestrian zones in those areas.

McDanel also said the 2019 Missouri Main Street Report and other planning agencies for the city identified the downtown courthouse square as unique compared to other downtown areas across the state.

“What’s unique about that is the wonderful courthouse and the way it's orientated, but you also can't get to downtown without looking at the backs of buildings,” McDanel said.

Mayor Ben Lipeic said improvement upon the backs of buildings is an approach that would take the idea of unifying the square even further.

Since the old buildings downtown are mostly made of brick and other traditional construction materials, finding ways to create a welcoming view was a challenge for city staff and in public input meetings.

“I think the back sides of buildings — before you said that it never crossed my mind — I mean, you know obviously focus on the front of buildings, but I never thought about the back of them,” Lipeic said to McDanel at the Sept. 14 council meeting.

Councilman Jason McDowell recognized efforts of local organizations and city staff for the work put into the new codes, terminology and considering the input from more than 30 business owners and stakeholders.

“I know a lot of work went into it,” McDowell said. “We talked about it off and on, and it’s fine-tuned.”

Maryville city council called for a special meeting 5:15 p.m. Sept. 17 where it discussed the fiscal year 2021 city budget, and it will continue to focus on the budget in the coming weeks.