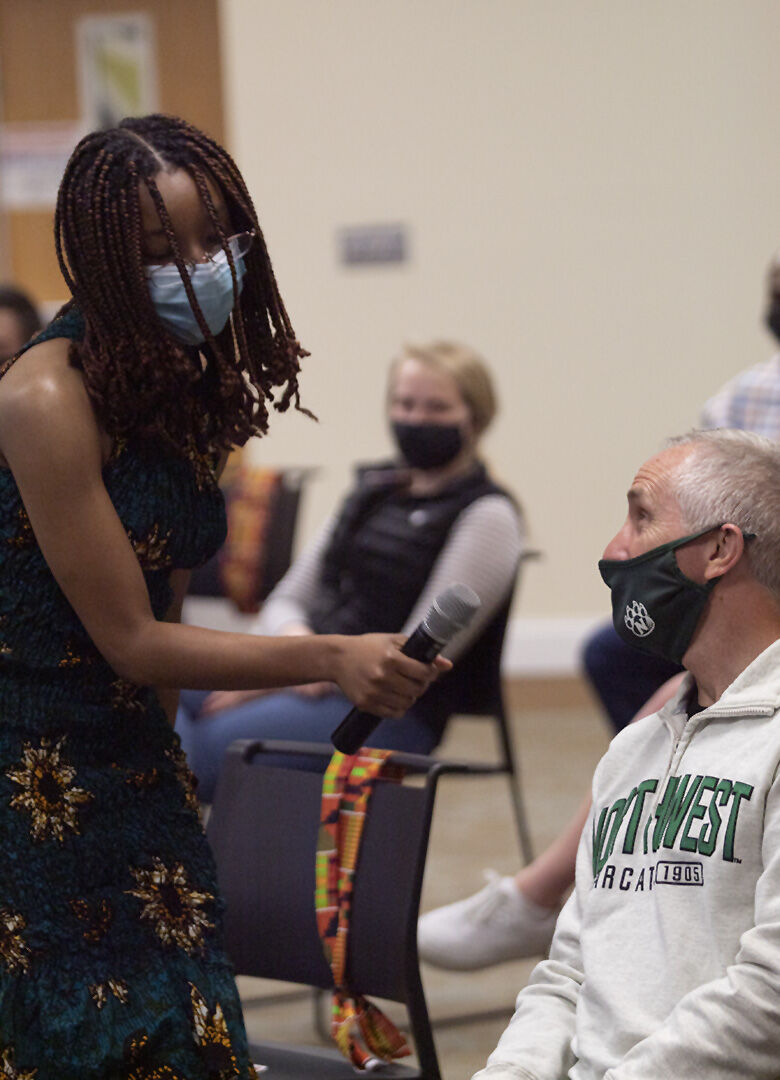 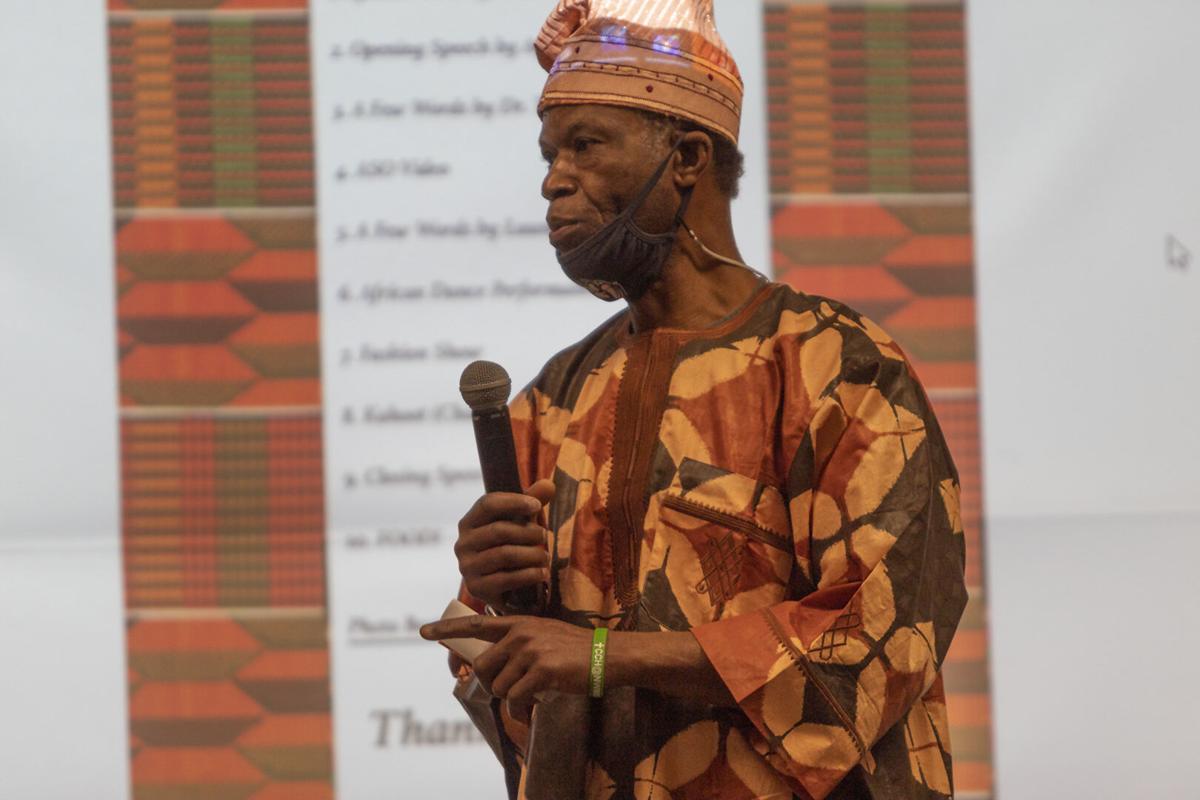 Members of the African Student Organization wanted to make sure that Taste of Africa was about more than just the food.

The ASO held their annual Taste of Africa event at 7 p.m. Saturday, April 17, in the J.W. Jones Student Union Ballroom. The event made a return after a one-year hiatus due to the COVID-19 pandemic.

This year’s event had to be slightly altered for COVID-19 mitigation, such as having limited and spaced seating, and having to-go containers for the food.

The event included African food as well as a dance performance, a fashion show and a few short speeches from some members of the organization and others.

“It was a great way for others to learn about our cultures and also for the African students to express themselves,” President of ASO Ayomide Popoola said.

Popoola said the event has been planned since last semester and that Student Senate granted $1,500 to help fund it.

Popoola wasn’t sure why Student Senate granted the money but said she is thankful for it.

Tekle Wanorie, associate professor for the School of Business, spoke at the event about how there are many misconceptions about Africa and that it is a large and ever-growing continent full of diversity.

Wanorie touched on misconceptions non-Africans have about the continent and used humor and jokes to convey this message to the audience.

“Beautiful things do exist in Africa; I want you to be aware of that,” Wanorie said.

Another speaker was junior Luundo Fataki, who talked about his experience growing up in Africa. Fataki moved through many countries in Africa as a child and grew up in refugee camps.

Despite moving a lot, Fataki learned many different languages and has continued to have positive experiences being a student in the U.S.

“I don’t know much about these places because I was so young, but I want to continue to learn about the countries I’ve been too,” Fataki said.

At the end of the event, the ASO served food in to-go containers for the attendees to take with them. Among the food offered was chicken, different kinds of rice and plantains.

The food was sourced from a restaurant in Kansas City, Missouri, Fannie's African and Tropical Cuisine. Popoola said they looked first to get the food from other African restaurants, but many were either closed or didn’t cater.

“We wanted it to be more authentic and closer to home, so we went with her, again,” Popoola said.

Popoola said that a lot of planning went into the event, as she wanted to combine Taste of Africa with the message that Africa is a continent with many countries to show the culture.

Popoola also wanted to make it more widely known that there is an African community at Northwest, even if it is small.

“We don’t have big signs saying we’re African, but we are here and this is our culture,” Popoola said.