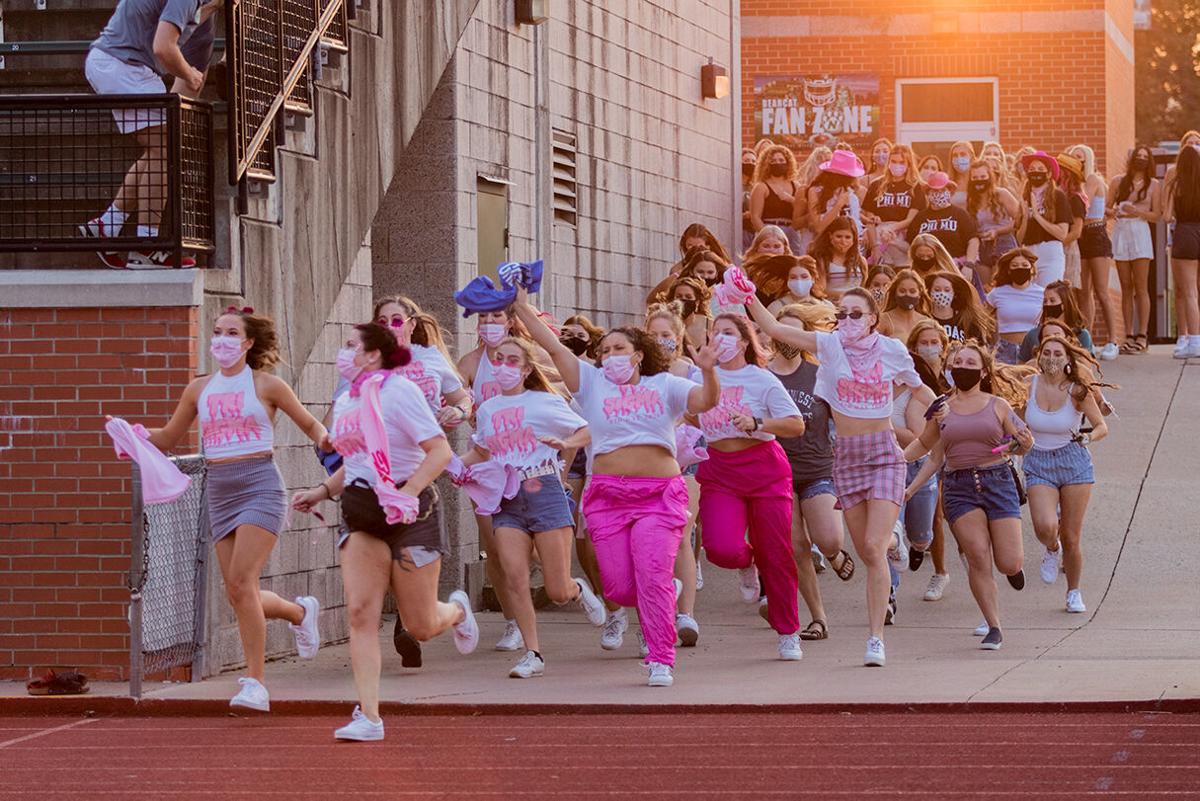 New members of Tri Sigma begin running across the football field to meet their new sisters in the sorority at bid day on Sept. 21. Bid day marks the last day of recruitment for sororities. 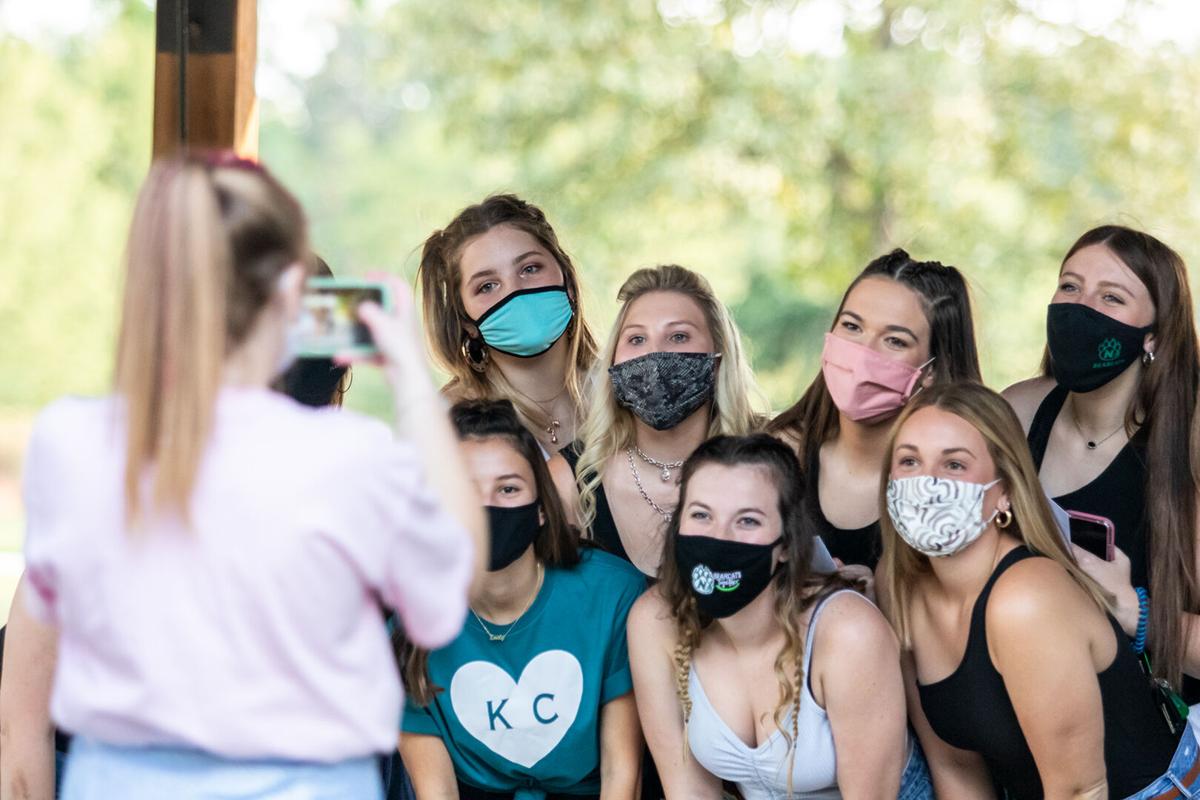 New members of a sorority pose for a group photo at Sorority bid day at the pavilion on Sept. 21. Shortly after this, they ran down to the football field to meet their new sorority sisters.

After standing in a line at the College Park Pavilion, girls who spent the past week going to multiple Zoom meetings to join a sorority were finally handed the small white envelope they have been working for all week.

In previous years these envelopes would be something they would have to hold onto as a way to build the suspense for what chapter they would be joining, but this year, they opened the envelopes in a small group of two Panhellenic active members.

The anticipation for this in-person event from the new members was built through an entirely virtual Recruitment Week.

“I am so excited for Bid Day,” potential new member freshman Maddy Brickhouse said. “I’m so happy it’s in person and I get to meet all the girls.”

Not only are the potential new members excited, their Gamma Chis, who have been with them throughout the unusual recruiting process every step of the way, were as well.

“My hopes are that the potential new members in my group are excited when they open their bids,” junior recruitment counselor Bailee Urban said. “I want everyone to find their forever home.”

Starting at 5 p.m., potential new members met in the College Park Pavilion across from Bearcat Stadium and one by one picked up a small envelope that would tell them what chapter they were accepted into.

Usually after being handed these bids, recruits would have to wait until they were in a big group of all the potential new members to open them and find out their new homes, but due to COVID-19 mitigation they opened them in a small group.

Though they didn’t get a traditional Bid Day, new members didn’t lose their excitement for the event.

“It’s been great. I love it,” freshman Tessa Biodrowski said at the Pavilion after opening her bid. “I was so nervous when I got here, but when I opened up my letter and I got the chapter I wanted, I was so happy. I acted the same way in the small room as I would have if I were around a lot of people.”

While some members said they would have had the same experience no matter what, others were sad to see the traditional way of Bid Day change this year.

“I guess it probably would’ve been more exciting if we were opening it in a big group of people, because if you were in the same chapter as someone, you could cheer together, but I still think it was a good experience,” sophomore Emma Bishop said.

Freshman Jenna Weidner felt the same about the changes made from previous years.

“I’m excited and I’m ready to be in a sorority. I feel like my experience has been good despite COVID regulations,” Weidner said. “I think it would have been more fun if we got to be in a big group, but I still liked it.”

After opening their bids, new members ran to Bearcat Stadium to meet active members of their new chapter, who this year sat in the stands instead of embracing one another in a large crowd.

In order to comply with CDC regulations, the Greek Life staff decided to only let a few active members on the track with new members who were just accepted into their chapter.

Though they got to meet some active members in person, some new members wish they would have gotten to meet more people in their new home.

“I am relieved to be seeing people in person today instead of on Zoom. I wish it was without masks and even more personal with the active members of the sororities, but I am so glad it is in person,” freshman Elise Green said. “I think the excitement would have been on a whole other level if we were all together when opening bids, but I am still super happy with how today has gone.”

After Bid Day, each chapter is holding socially distanced chapter meetings as well as meeting new members as a large virtual group on Zoom. Going forward, members said they hope to have as many events in person as they can with their new members while still abiding by campus and CDC guidelines.