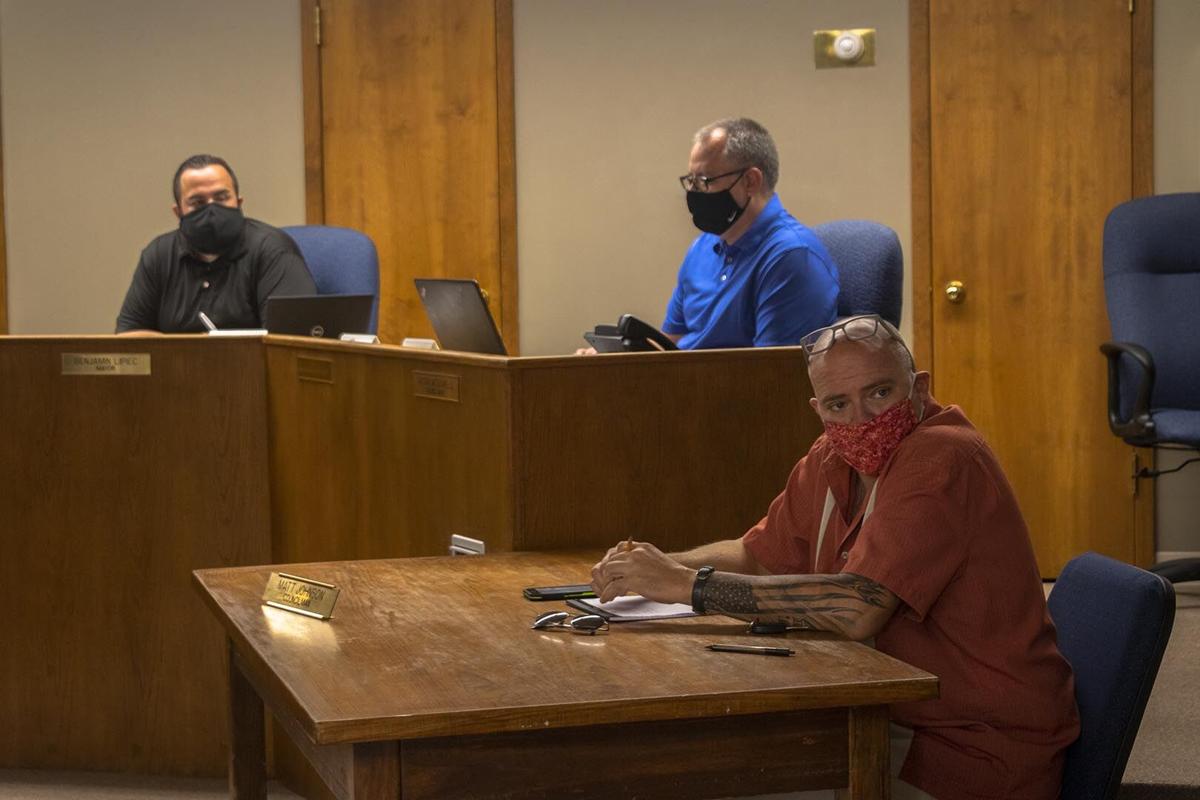 An extension to the local mask ordinance was approved during the City Council meeting Sept. 14. 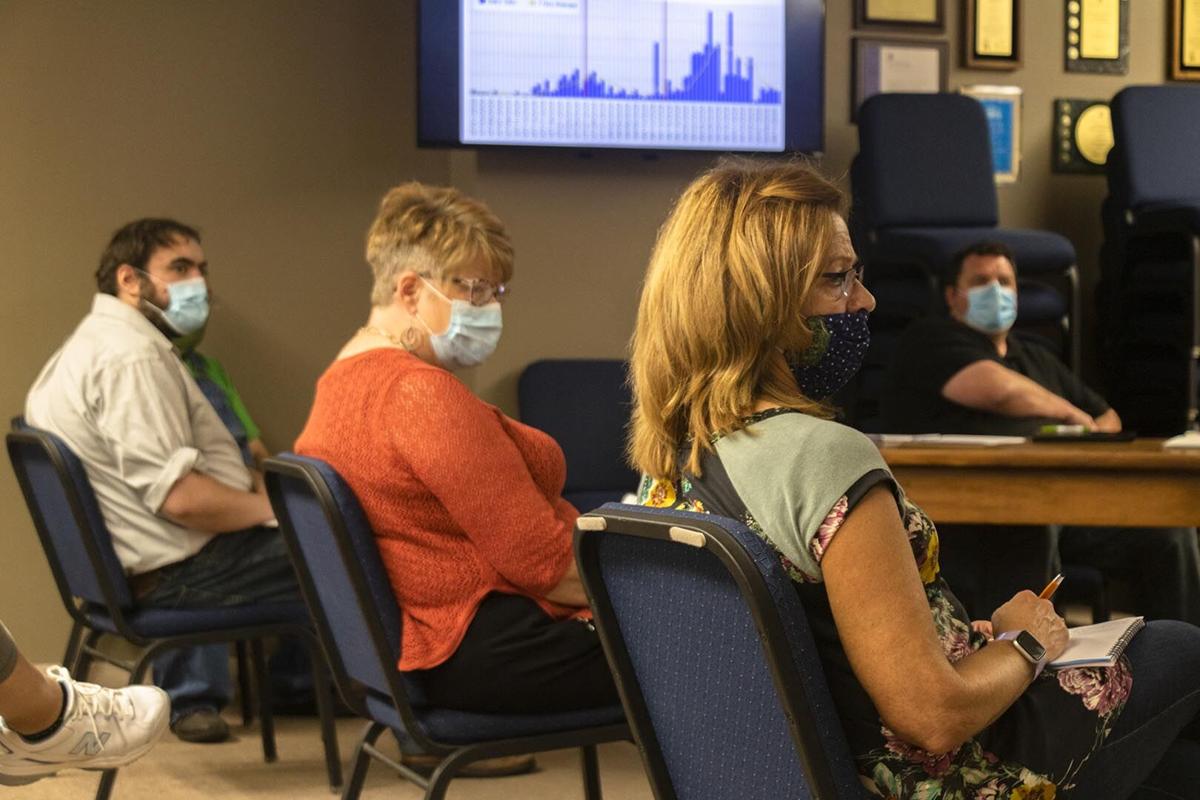 About 15 minutes after City Manager Greg McDanel pulled up a graph from the Nodaway County COVID-19 dashboard, the Maryville city council, in a 3-2 vote, passed an extension of the local face covering ordinance through Nov. 24.

The graph showed when cases spiked in Nodaway County, with indicators on a timeline when the mask ordinance was originally enacted in July, and when students arrived at Northwest Missouri State University. Councilman Tye Parsons first moved to extend the mandate through Dec. 31, 2020, but councilman Matt Johnson countered with an amendment to the motion, including the Nov. 24 date.

City councilor Jason McDowell and Mayor Ben Lipeic voted no on the amended motion after discussion with the mayor and council that heavily revolved around waiting on more data before making a decision.

“We still have another meeting between now and the time (the mandate) expires,” McDowell said. “What’s the harm in waiting for two more weeks for data and then discussing it at the next meeting?”

Parsons responded to McDowell’s question by citing the Nodaway County Dashboard data, explaining that shortly after the face covering ordinance went into place, local positive COVID-19 cases per day were trending down, until move in day for Northwest.

“We all anticipated the spike,” Parsons said. “The great thing that I see in this data is that we are now trending back the right way. I think you have to say that the masks have had an impact on that trend back down.”

Councilwoman Rachael Martin, who attended the meeting via a video chat platform, agreed with Parsons and asked what two more weeks of data would show compared to data as of the week of Sept. 14.

When making decisions like this for the city, McDanel said council and staff continue to seek advice from its partners: the Nodaway County Health Department, Mosaic Medical Center - Maryville and Northwest Missouri State University on mitigation matters.

Northwest also supported an extension of the ordinance, requiring the wearing of face coverings in public spaces. In an email to city staff, a University official said they acknowledge the importance of keeping in-person classes going is crucial to the local economy.

Mosaic expressed support for the extension, citing its experience with growing hospitalizations before the local mandate was enacted.

The health system took in more patients with COVID-19 symptoms in the “north of Kansas City area,” meaning its St. Joseph, Missouri and Maryville locations. Hospital capacities have been reduced in these areas, according to a statement Parsons read at the council meeting.

“Now is not the time to let up on mitigation efforts for COVID-19,” the Mosaic statement read.

Even with such guidance, the discussion of extending the mask ordinance took close to 15 minutes, where the council discussed the opportunity to wait for more current data when the ordinance is set to expire.

Johnson said he supports the extension because Northwest students are the primary reason for the local spike.

“At some point, personal responsibility has to step in,” Johnson said. “The most problematic age group — 18 to 22 year olds — there’s gonna be a huge sound with them leaving. I think keeping what we have in place until (Nov. 24) makes more sense than Dec. 31.”

Before the council voted to approve an extension to the ordinance, McDowell said he thought the city should wait to make a decision until the 400 tests from the Sept. 14 free COVID-19 drive-thru testing event data is reported.

“I would guess between now and our next meeting we would have data from those tests, and it would be a very telling piece as well,” McDowell said. “We see even by this chart, two weeks can make a big difference either way.”

Not content with the majority decision, Lipeic and McDowell both said they are not discounting the positive outcome of the ordinance, but rather wanted more data before approving an extension to what is already in place.

After the extension’s approval, McDanel noted the mayor and council can amend, extend or terminate the ordinance at any time.