You have permission to edit this article.
Edit
Home
News
Sports
Opinion
Arts and Entertainment
KNWT8
Tower Yearbook
Heartland View
Advertising
About Us
Subscribe
1 of 3 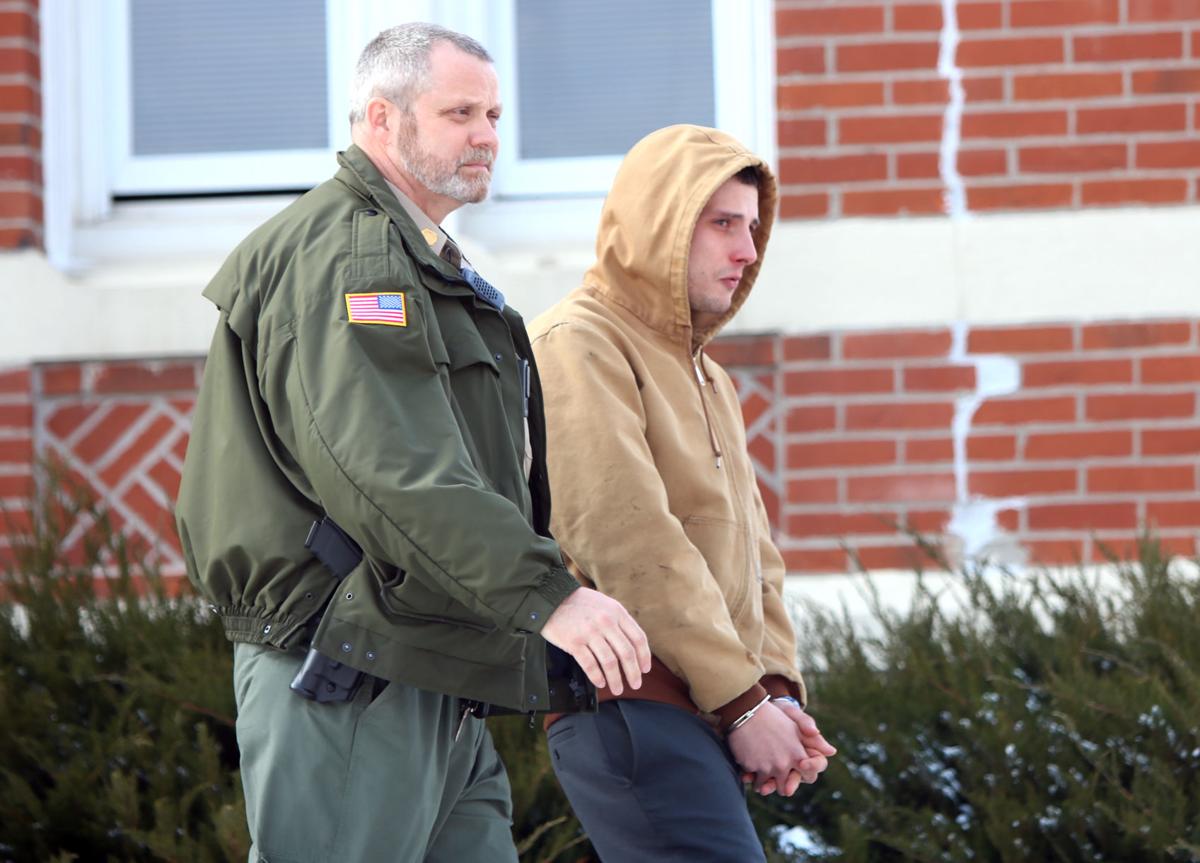 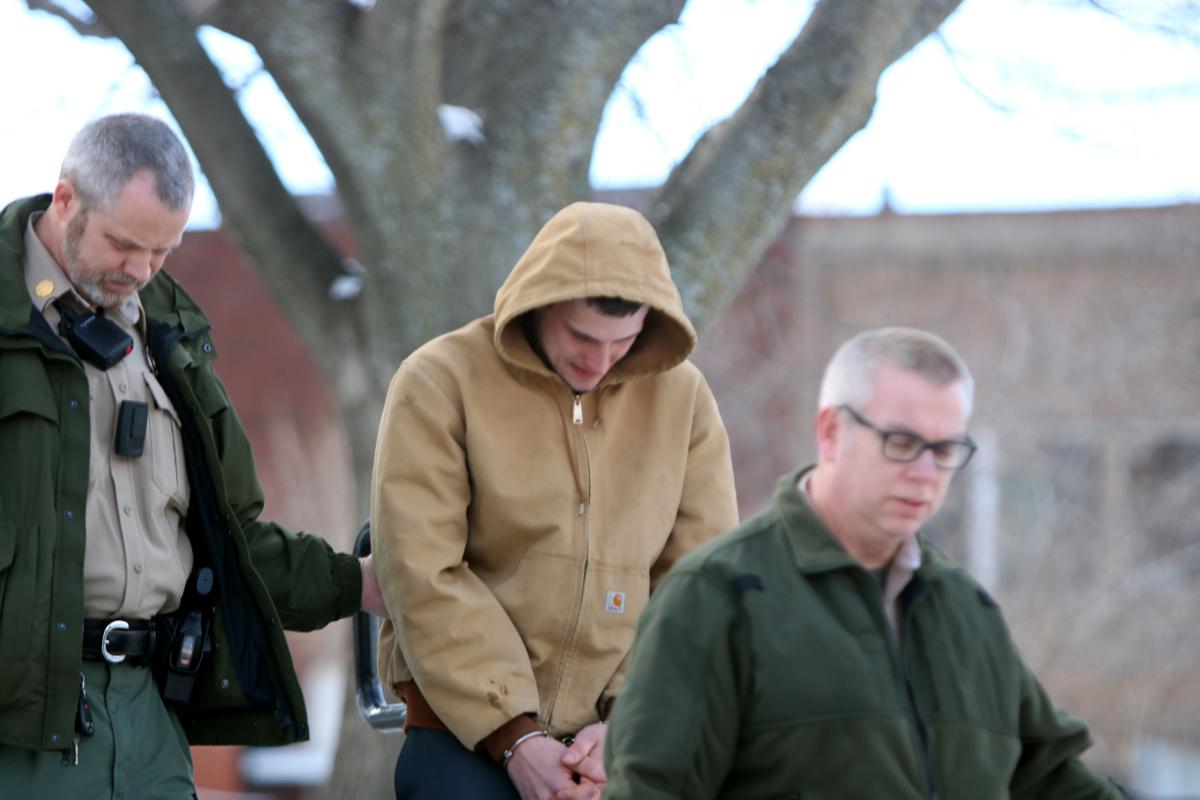 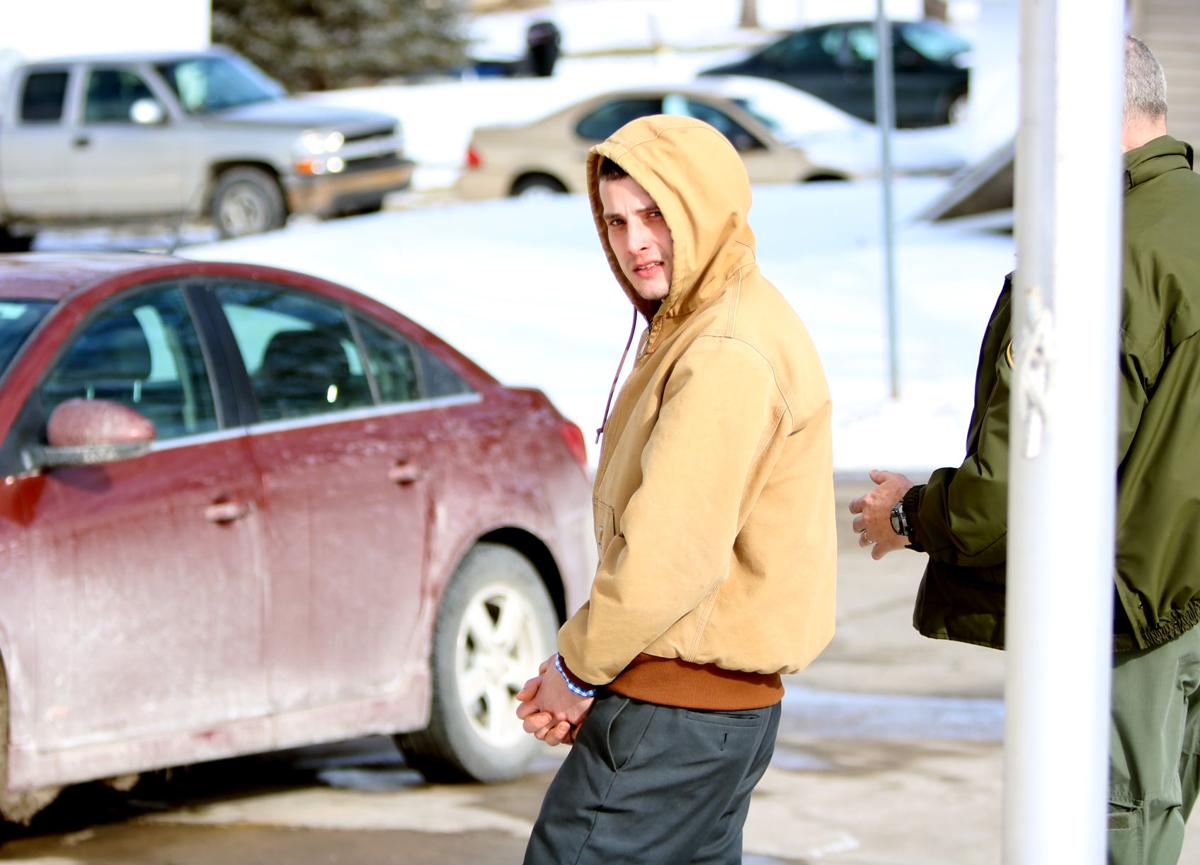 Catterson, 22, was found guilty under Missouri Instruction No. 5 DWI death of another not a passenger Class B felony by an unanimous jury verdict for wrecking into The Palms Jan. 7, 2018, and killing Northwest sophomore Morgan McCoy.

The gallery was at its fullest on the final day of the trial. The back two rows on the defense side were filled with Catterson's family and friends. On the prosecutor's side, all five benches were filled with McCoy's family, friends and sorority sisters. Several police officers who had responded to the crash lined the back wall. Even ‘Mr. Bicycle Guy,’ Arnold Roebkes, who had placed the flowers on the door of The Palms after the incident, attended.

Prosecuting Attorney Robert Rice stood in the middle of the evidence he spent about five minutes arranging, at a podium ready to give the jury his closing argument.

Leaning against the podium was a blown-up picture of McCoy’s driver’s license. Among the evidence was a TV, an aerial map of Catterson’s route leaned up against the TV cart, an easel holding multiple blown-up pictures of the scene and an easel pad with the State V. Alex Catterson written in black, thick marker.

“He said five different ways, ‘I'm drunk,’” Rice said. “He talked about fishtailing, he talked about overcorrecting himself, he called Morgan a name, and he wanted another beer.”

Rice mentioned the defense's claims about the truck slipping on ice and proceeded to refer to a photo that showed the tire marks going through the ice, indicating that Catterson never stopped at the stop sign.

Rice referenced the part in Buckley’s testimony where he stated he had never heard of or saw a tie rod end spontaneously break, except for in this case.

Rice ended his final argument and Scroggie entered the courtroom. Those in the gallery whispered among themselves waiting for defense attorney Samuel Scroggie to approach the jury. Scroggie walked up near the jury box to give his closing argument holding in his hands just a yellow legal pad and used an easel with a few pictures, left by Rice, as his evidence.

“I hope you'll recall that when we started all this you were instructed to keep an open mind about this case no matter how difficult that is,” Scroggie said. “You've seen some gore, you've seen things that frankly you can't unsee, but you can't have made up your mind until deliberations begin.”

Scroggie continued, reminding the jury that Maryville Public Safety officer Sarah Kahmann had never included the vehicular malfunction in her reports or probable cause statement and neither had officer Rex Riley.

Scroggie addressed moments in footage shown in days prior where Catterson called McCoy a b----, saying: “I think I killed a b----,” and “That b---- better be OK.”

He began to talk about the vehicular malfunction in detail, standing before the jury box holding the same yellow notepad he scribbled notes on before. He began to speak about a broken ball joint but quickly corrected himself as he meant tie rod. Moving forward, he went on to reference a broken ball joint three more times.

Scroggie claimed it was “dumb luck” that the malfunction happened when it did and that it could have happened anywhere at any time.

He went on to address Catterson’s intoxication and said that he was indeed intoxicated and that it would be ridiculous to try and claim that he wasn't, but that regardless the crash would have occurred.

Scroggie showed three photos, one depicting the crash, one showing the tire marks and one to show a pothole filled with snow and ice.

“The real issue is, did Mr. Catterson even have the ability to operate his vehicle (after the malfunction),” Scroggie said. “The answer is no.”

He criticized the prosecuting attorney for making Catterson out to be a bad person and changing the narrative but ended by saying who Catterson is as a person is irrelevant. The issue at hand is, did he operate his vehicle off of the roadway.

Scroggie ended by reminding the jury they must give Catterson the benefit of the doubt. Joined by Catterson, he took a seat on the front bench and waited for Rice to give his response.

Rice walked across the courtroom wearing a black suit and gold tie carrying the aerial image of The Palms area and easel pad notes.

Rice speaking in a softer voice, refuted Scroggie’s point about Catterson running the stop sign being irrelevant to the case.

“You should consider the entirety of Catterson’s driving, to be frank, that is why Morgan is dead,” Rice said.

Rice discredited Buckley's testimony and said Buckley did not scientifically test certain aspects of the crash and instead speculated.

Rice pointed out to the jury that Buckley said in his testimony that he couldn't rule out the tie rod breaking on impact. He continued telling the jury the tie rod didn't cause the crash, the Drunk did.

“The broken the tie rod did not cause the crash, the drunk did and that's why he's guilty,” Rice said.

Rice asked the jury to find Catterson guilty of Instruction No. 5.

After two and a half hours of deliberation, the jury emerged. They found Catterson guilty under Missouri Instruction No. 5. No reaction was seen in the courtroom as the gallery had been ordered not to express any reaction.

Catterson’s bond was increased to $150,000 and he was taken into custody following the end of the trial. His sentencing will be held at 1:30 p.m. April 19.

Ongoing coverage of drunk driving death at The Palms

Three years ago, Northwest lost a bright and bubbly person following a devastating accident at a bar. What was originally supposed to be anoth…