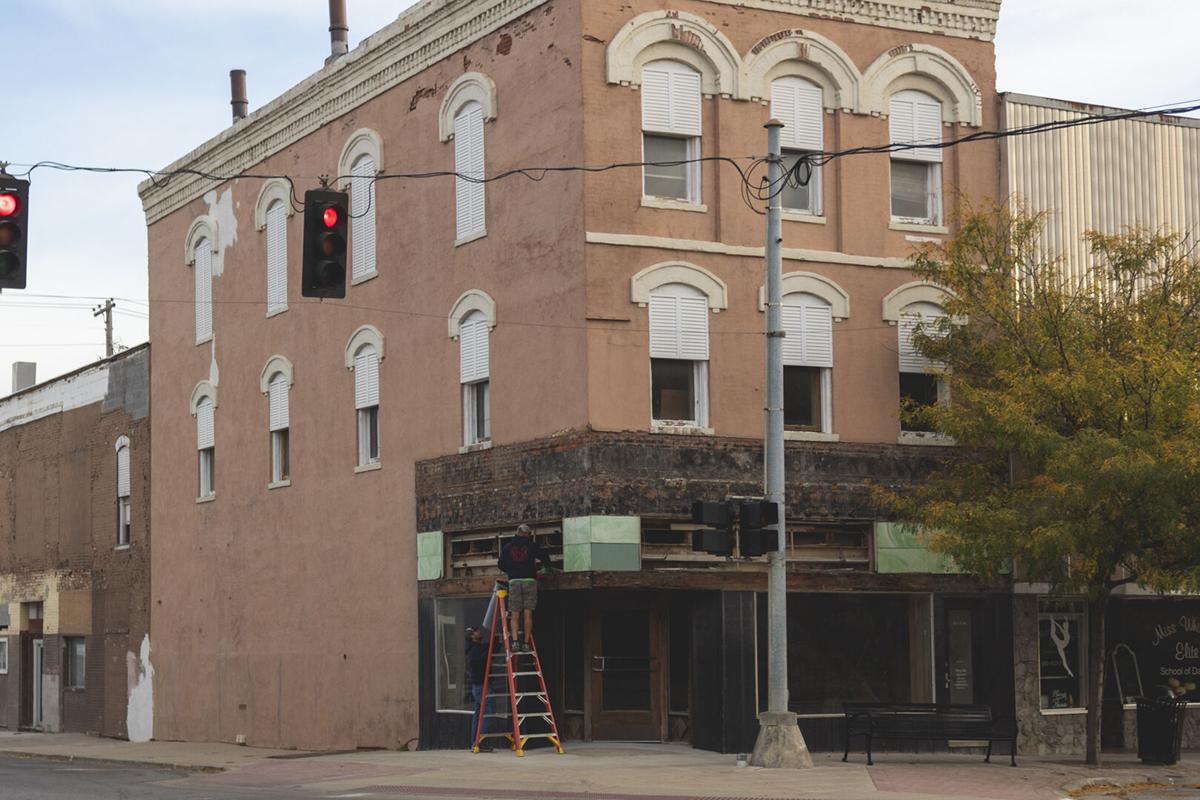 Construction begins for a new microbrewery in Maryville located at 101 E. 4th Street. The Black Pony Brewing Company aims to be ready for operation in April 2021.

The above rendering depicts Black Pony Brewing Company's vision for their building in April 2021. It took the owners months to develop the name, but it eventually morphed into “Black Pony Brewing.” The theme of horses will continue as the company operates, as naming beers in accordance to that theme is a goal.

Maryville is adding a couple more elements to its repertoire of small businesses, both for the average local shopper and beer enthusiasts alike.

Black Pony Brewing Company is a microbrewery coming soon to downtown Maryville. The company is the latest of two small businesses in Maryville getting their start following a lengthy planning and approval process. After months of drafting plans and gathering a team of partners, the owners have begun redevelopment on the building that will house the brewery.

Part owner Stephanie Campbell said the building, which formerly housed a non-denominational church called “The Hub,” is being stripped down and given a completely new style and appearance.

The building will be reworked to include a restaurant, bar and its brewery components within the 7,200 square feet the building has to offer. Other features that can be seen in a finished project rendering include outdoor seating and residential components on the second floor.

“We pulled the trigger on a pretty big investment in the middle of pretty much utter chaos with an election year and a pandemic,” Campbell said. “It’s been interesting.”

For Campbell and her partners, it has been rewarding, but challenging nonetheless, to get plans finalized and create a realistic timeline with COVID-19’s continued impact on the greater Maryville area.

With the nuance of process, the brewery has been a year long venture. But the four owners, Stephanie Campbell, her fiance Kent Yount, Brandon Jensen and Jeniffer Jensen, were able to sit in the Maryville City Hall chambers Oct. 12 and gain approval from the mayor and council to go forward with the building process.

Small business, though, was not a new avenue for the owners and partners in Four Horsemen Properties LLC. Campbell also owns Blue Willow Boutique, a local business that opened a second location in St. Joseph, Missouri, a year ago, and White Elm Mercantile, another brand new business for Maryville that will open its doors Oct. 15.

Investing in both a brewery and an independent retail store during an economic struggle, Campbell said some of her peers questioned her, wondering if it made financial sense.

“Most people think I’m crazy, and I’m not sure I’m not,” Campbell said through a chuckle.

But for everyone sharing part ownership of the brewery, it ended up making more sense than turning down an opportunity to enrich the Maryville community.

The owners of Black Pony Brewing Company have more to gain from their new business than money; Campbell said building up the community was their primary goal when decision making.

Several Maryville City Council members showed their support of the microbrewery on social media following the Oct. 12 meeting. City Councilman Tye Parsons took to Facebook and said the project was exciting to see, congratulating those involved.

The owners operate under the name Four Horseman LLC and went on to name the brewery Black Pony Brewing Company in respect to the long history of race horse ties in the Maryville community.

“Rather than it being another University-themed thing, we wanted to kind of play on some of the other historical ties and significance we have in this community,” Campbell said. “A lot of people don’t know about the horses side of it, but it’s prominent.”

It took the owners months to develop the name, but it eventually morphed into “Black Pony Brewing.” The theme of horses will continue as the company operates, as naming beers in accordance to that theme is a goal.

The small business will see generous tax incentive, with 100% tax abatement for the first 10 years and up to 50% for the following 15 years on property at their location. This was passed through the state of Missouri’s Chapter 353 Program through the city, which incentivises redevelopment of areas considered “blighted” areas.

City Councilwoman Rachael Martin said at the Oct. 12 City Council meeting that in the climate of COVID-19, and she is excited about the project.

“This is a very clear positive for the whole community,” Martin said.

Reflecting the same sense of gratitude back to the city council, mayor, and various other staff, Campbell repeated herself a few times reiterating that opportunities like Black Pony Brewing is why she loves to call Maryville home.

“We are really fortunate to have both a city council and a city manager who are progressive,” Campbell said. “They’ve really led a strong charge on understanding downtown as the heart of our community.”

In the past four years, Maryville has seen various additions to its downtown. Blue Willow Boutique and White Elm Mercantile are two of these b…