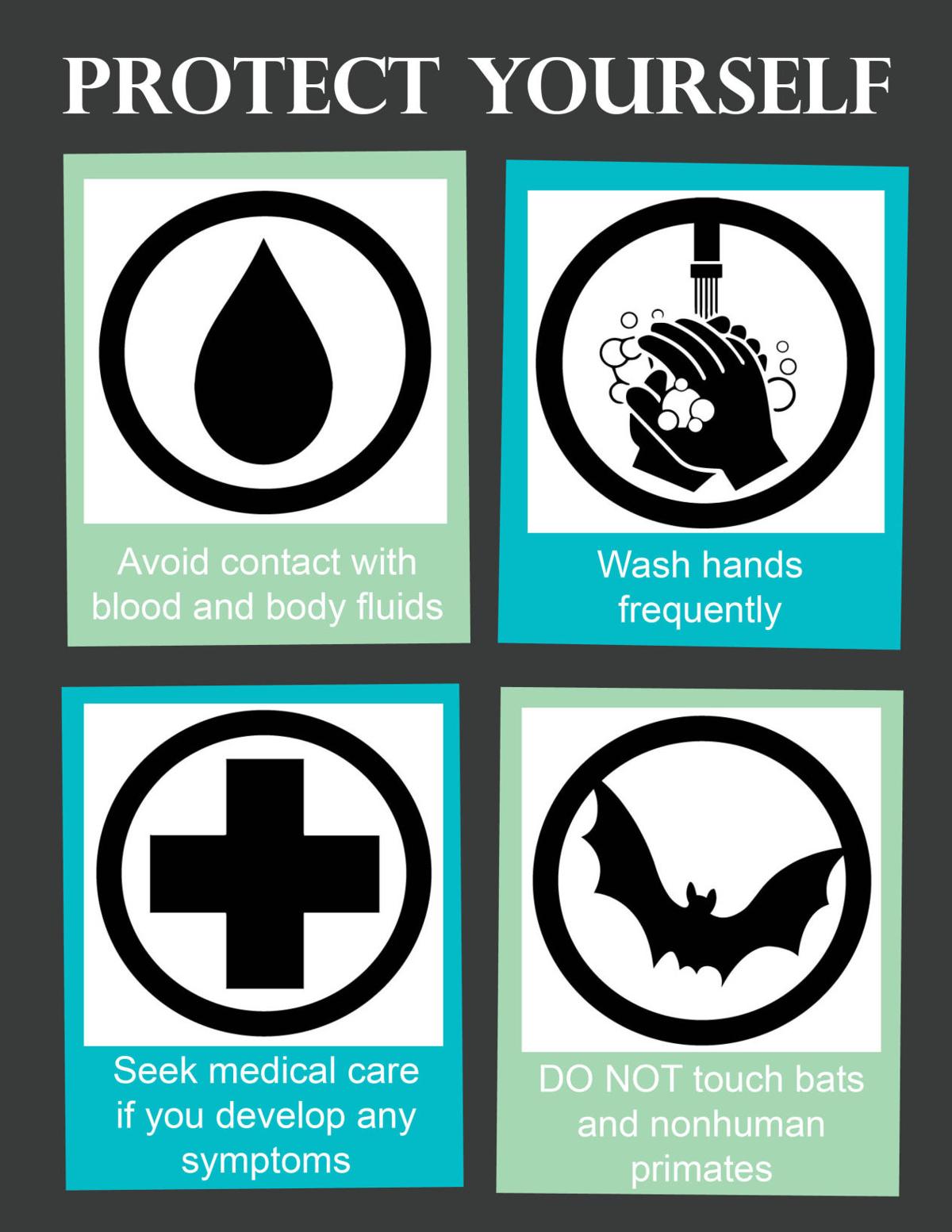 The life of a college student in today’s society is no walk in the park. Juggling classes, jobs, clubs and homework can be a challenge. It is hard enough getting everything accomplished on a good day; when you add on a illness it makes getting it all done that much harder.

When the news broke that the Ebola virus had hit the United States, people started worrying.  The fear of a virus spreading across a campus community can cause problems. It is important for people to be informed about the virus because only then can it reduce the stress in a person’s life.

According to the World Health Organization, the Ebola virus first became an issue when it was transmitted from a wild animal to a person.  The first outbreak of the virus occurred in small villages in Central Africa. However the most recent outbreak has occurred primarily in West African countries.

While the Ebola crisis has been a big concern in other counties, it does not pose significant risk to the U.S. public. Some people recognize that this crisis is a bigger concern for other countries than it is for the United States.

“Ebola is not high on my radar for things to worry about personally but globally is another case,” said Claire Eileen, student at Northwest Missouri State University.

Despite the fact that there are only a few cases of Ebola in the U.S., people are still worried.

“I think it is an upcoming world issue and some people aren’t taking it serious enough,” said Jessika Lindsey, student at Northwest.

With so many people worrying about the virus it is easy for rumors and fears to spread. One of the rumors, that seemed to be more contagious than the virus, was that a man in Kansas City was suffering from Ebola.

According to the Centers for Disease Control and Prevention, this rumor was just that, a rumor. Even though the rumor was untrue it did not stop the news from spreading.

These rumors caused questions to arise regarding the risk to the campus community and the preparedness of the University. Mindful of the possible risk of infection the university is taking precautions against the virus on campus.

“We have been tracking the Ebola outbreak since last summer, well before there were cases in the United States,” said Dr. Gerald Wilmes, Executive Medical Director at Northwest Wellness Center.

In order to prepare students for a possible outbreak, the University has created a plan that includes good communication, education, identification and guidance to individuals considering travel, and screening of individuals with possible exposure.

In the unlikely event that a student on campus was infected with the virus, the university is prepared to coordinate with the local health department to have them transport them to a facility that can help manage Ebola-infected patients. This is not the first time that the University has had to use the Emergency Planning and Preparedness process.

“The H1N1 influenza situation several years ago was an example of how our plans and preparations are used as a general template and are modified as appropriate to the individual situation,” Wilmes said.