You are the owner of this article.
Edit Article Add New Article
You have permission to edit this article.
Edit
Home
News
Sports
Opinion
Arts and Entertainment
KNWT8
Tower Yearbook
Heartland View
Advertising
About Us
Subscribe
1 of 6 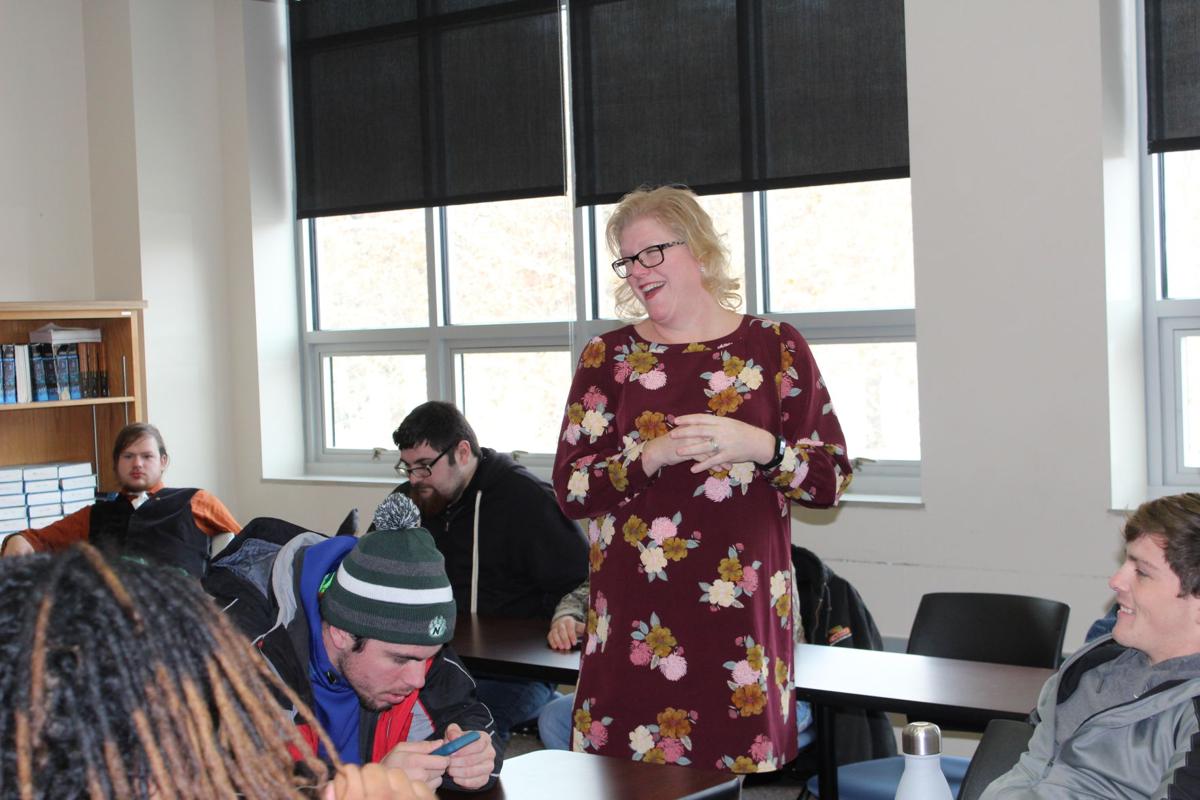 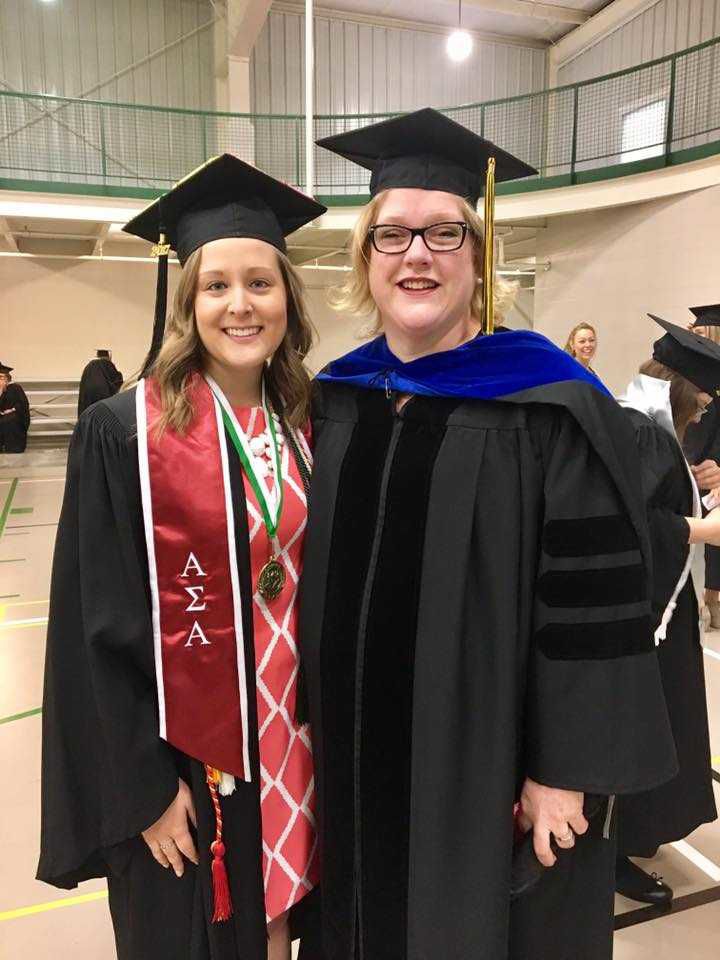 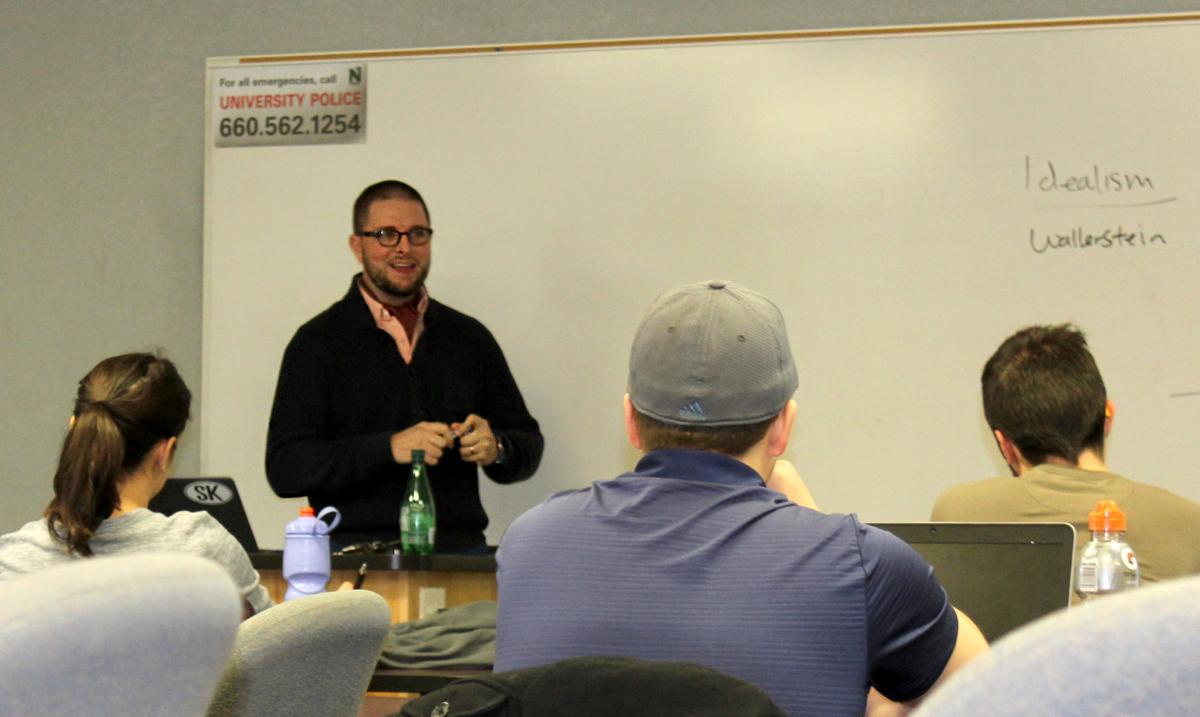 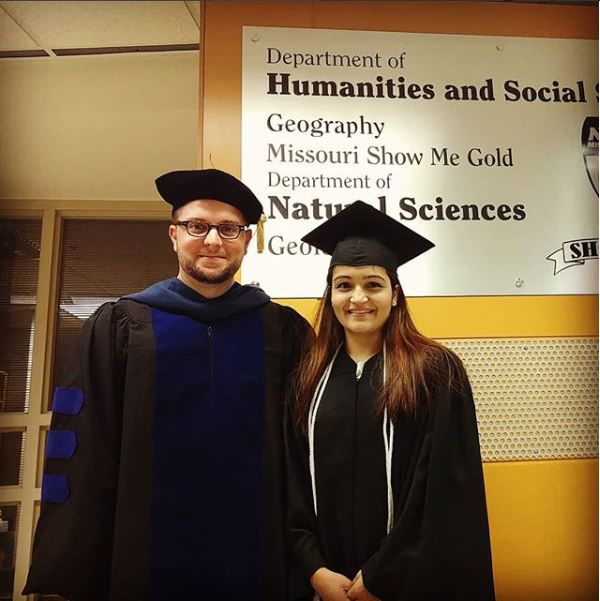 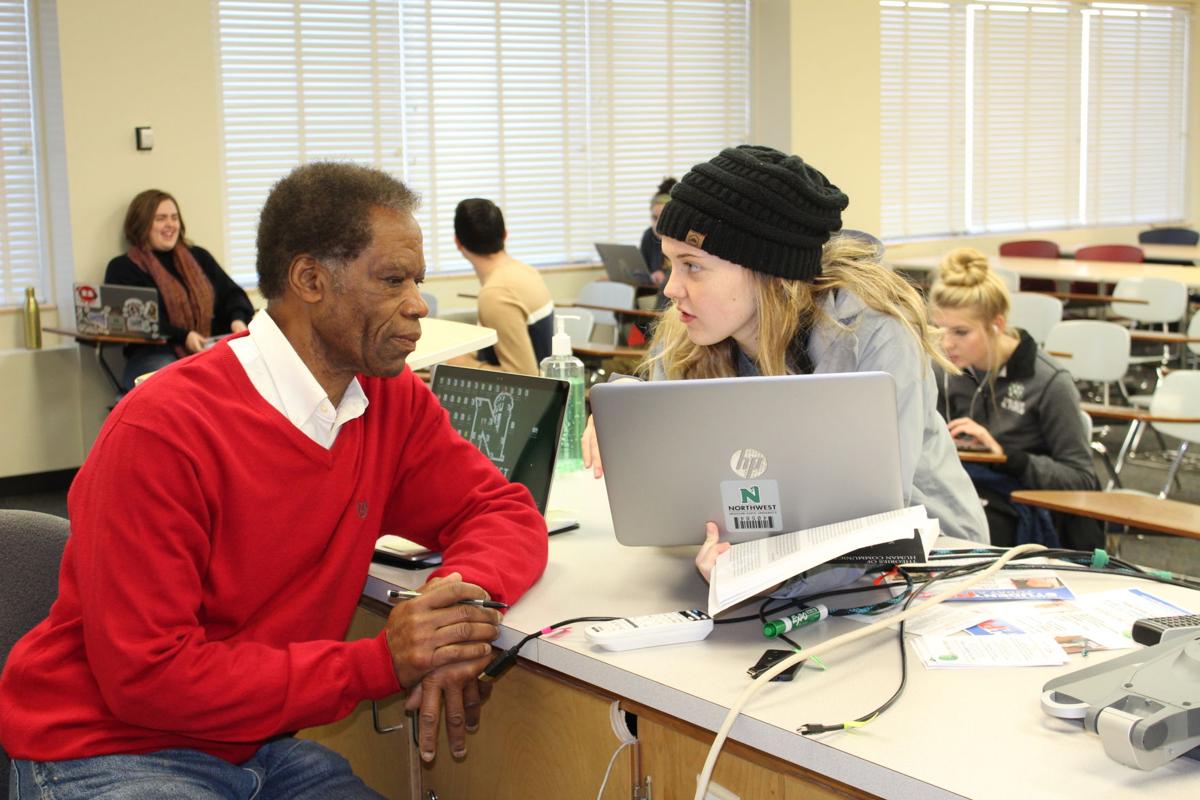 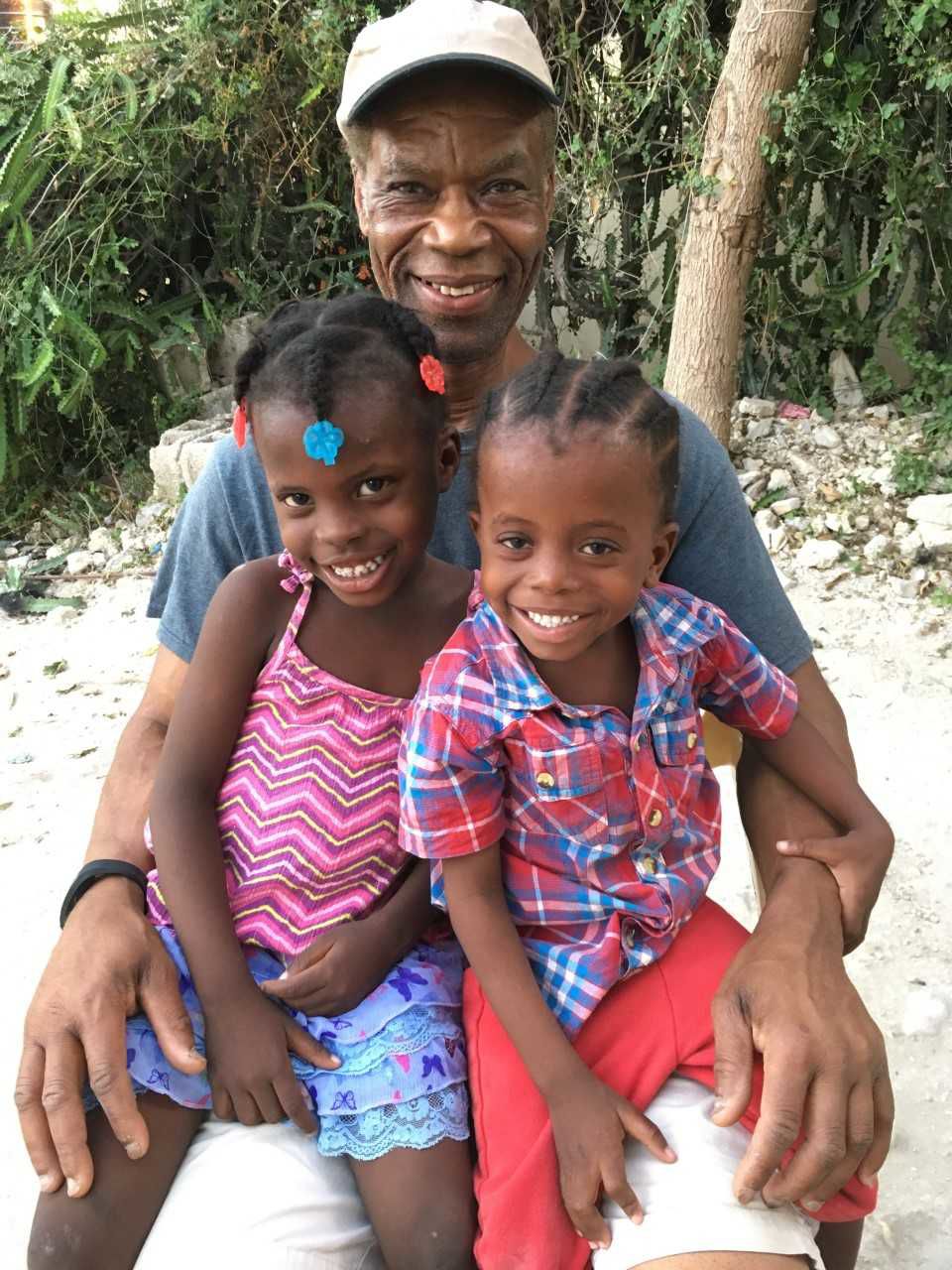 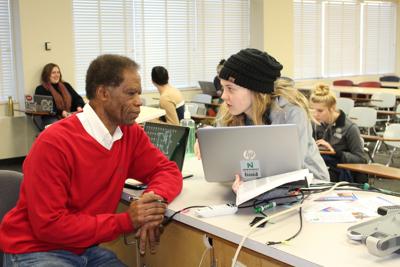 There are many people throughout our lives that have influenced us; whether in seemingly mundane circumstances or life’s most meaningful moments. These individuals went above and beyond for our good, perhaps believing in us when no one else would. They fueled us to achieve what we didn’t believe we could accomplish. For some these people might be close friends or family, but at Northwest, it’s the uncanny dedication of the faculty to student success.

Stancy Bond is a professor in the Department of Language, Literature and Writing, where she has learned to love teaching composition.  For Bond, it was professors like Barbara Shoemake and Robin Gallaher that invested in her and set her up for success both personally and academically. In addition to the laughter and joy Bond brings to the classroom, she says that the most rewarding part of her job is being able to build relationships with her students.

For Bond, the most important part of her job is continually adapting to her student’s needs and skill levels. “For me it’s always about the people, here at Northwest, it's about the students.” As a result, Bond seeks to personally know her students and let them get to know her, encouraging them to keep in touch with her on social media.

This year marks six years that Bond has been a part of the Northwest faculty but marks her second career. Prior to becoming a teacher, Bond worked as a marketing representative for Blue Cross Blue Shield, however, the recession brought an end to her employment. From there, Bond began searching for new opportunities, landing at Northwest Missouri State through her graduate school program. Soon after, Bond applied to become faculty, joining in 2012. “When I found Northwest, it was like this golden, shiny moment.”

In addition to teaching, Bond is involved in the Junior League in St. Joseph, the Savannah, Missouri school board, and the current faculty advisor for Alpha Sigma Alpha.

“For me it’s always about the people, here at Northwest, it's about the students” -Stancy Bond

Dr. Brett Chloupek has been a professor in the Department of Humanities and Social Sciences since 2013. Following his undergraduate studies at the University of Nebraska-Kearney, Chloupek attained his master’s and Doctorate degrees and sought to teach, leading him to Northwest Missouri State. “Culturally, geographically, it fit, it checked all the boxes for what I was looking for.”

For Chloupek, the connections he has found since joining Northwest’s faculty have been very influential in his life personally and academically. Chloupek remarked that his teaching style was as a result of many “killer” professors he had over his years in university, imitating the “bits and pieces of {his} best professors.”

In addition to his involvement with his students, Chloupek is the faculty advisor for the Nepalese Student Association at Northwest. Dr. Chloupek credits this to his first semester as a University Seminar professor, where “half of the students in my class were from Nepal.” Before coming to Northwest, his involvement with Nepalese peoples were limited, however, he began to appreciate their aspects of traditionalism.

Following the relationships he built with the Nepalese students in his classroom, he became NSA’s faculty advisor, where he still sits today. For Chloupek, this position has allowed him to be an example and a resource for all international students.

Dr. Bayo Joachim has been a professor in the School of Communication and Mass Media since 1990, teaching a variety of communication classes. In addition to his involvement in the classroom, he has been recognized as an outstanding faculty member at Northwest Missouri State University.

Joachim was born in Nigeria, spent a significant amount of time in the United Kingdom, and landed in the United States for his studies. Following his doctoral degree at the University of Kansas, Joachim saw a flier for a teaching position at Northwest. He applied, intending only to come on staff for a single year, however, that all changed when he met his colleagues, Dr. Bohlken and Dr. Colbertson. For Joachim, teaching wasn’t always his plan, however, “there was always a part of me that wanted to be a teacher.”

Joachim is involved with the African Friends Association, the Society of Students Interested in Belief, the International Student Organization. Dr. Joachim remarked that “having been an international student myself, I recognize the amount of challenges they {international students} face.” Initially Joachim was the faculty advisor for ISO, however, his involvement with the organization is more informal today.

Today, however, Dr. Joachim speaks on his love for Haiti. The first time he traveled to Haiti was in 2008 with Dr. Bellamy for one week, but after going, he thought “You can’t just go for one week, you’ve got to go back.” In a joint effort with others, he founded an orphanage and raised funds to build a secondary school in the community.

During one of his trips, Dr. Joachim recounted that he came across twin three-month-old’s suffering from malnutrition. He has in-part adopted this family, visiting about twice a year. He recalls that he has learned so much from them, even the moments of incredible hurt and messiness. “Think of all the times Christ has cleaned up your mess,” he said. Through these experiences it is clear to see the impact of Dr. Bayo Joachim in his community.

There are innumerable people that impact us each day by believing in us, pushing us to grow and think in new ways; all of which shaping us into different people. For Northwest Missouri State University this influence lies in outstanding professors such as Stancy Bond, Dr. Brett Chloupek and Dr. Bayo Joachim, but it doesn’t end there. As Henry Adams once said, “A teacher affects eternity; he can never tell where his influence stops.”