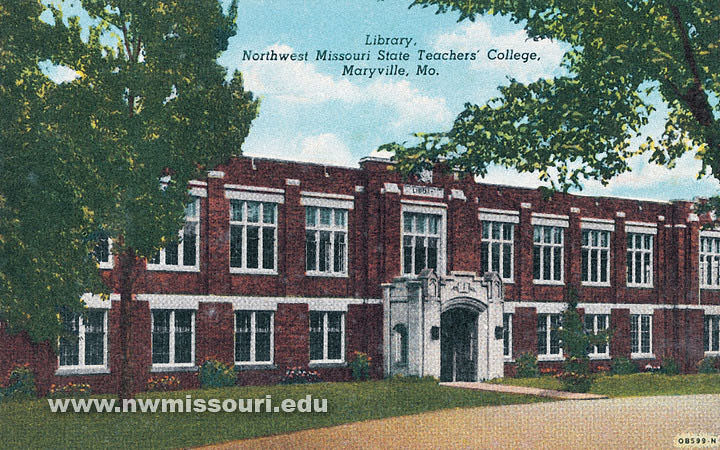 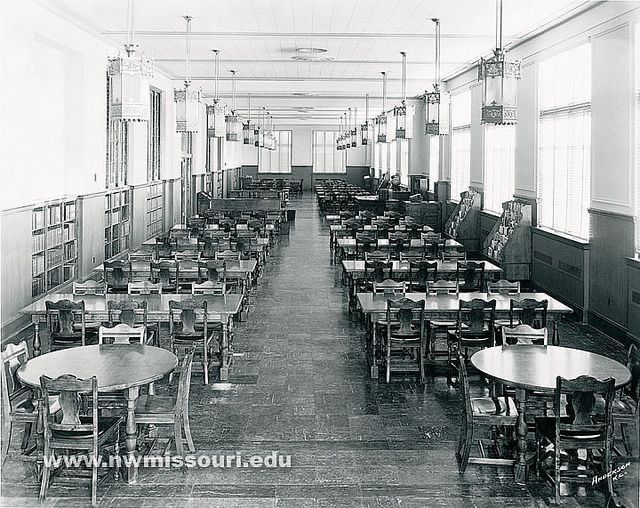 Third level of the Wells Hall library where students and faculty could read and study in a well lit area. 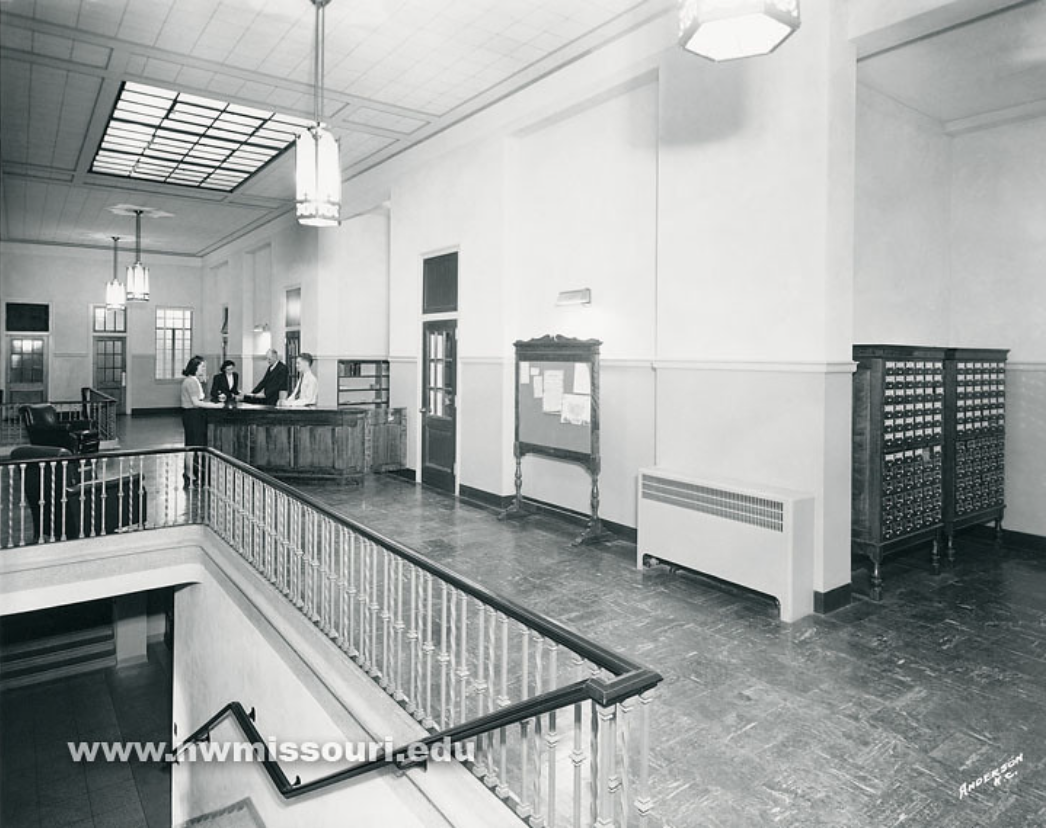 Third floor in the old Wells Hall Library. This is the area where students and faculty went to get various learning materials such as books. Only library staff were allowed behind the desk and into the stacks to receive materials. 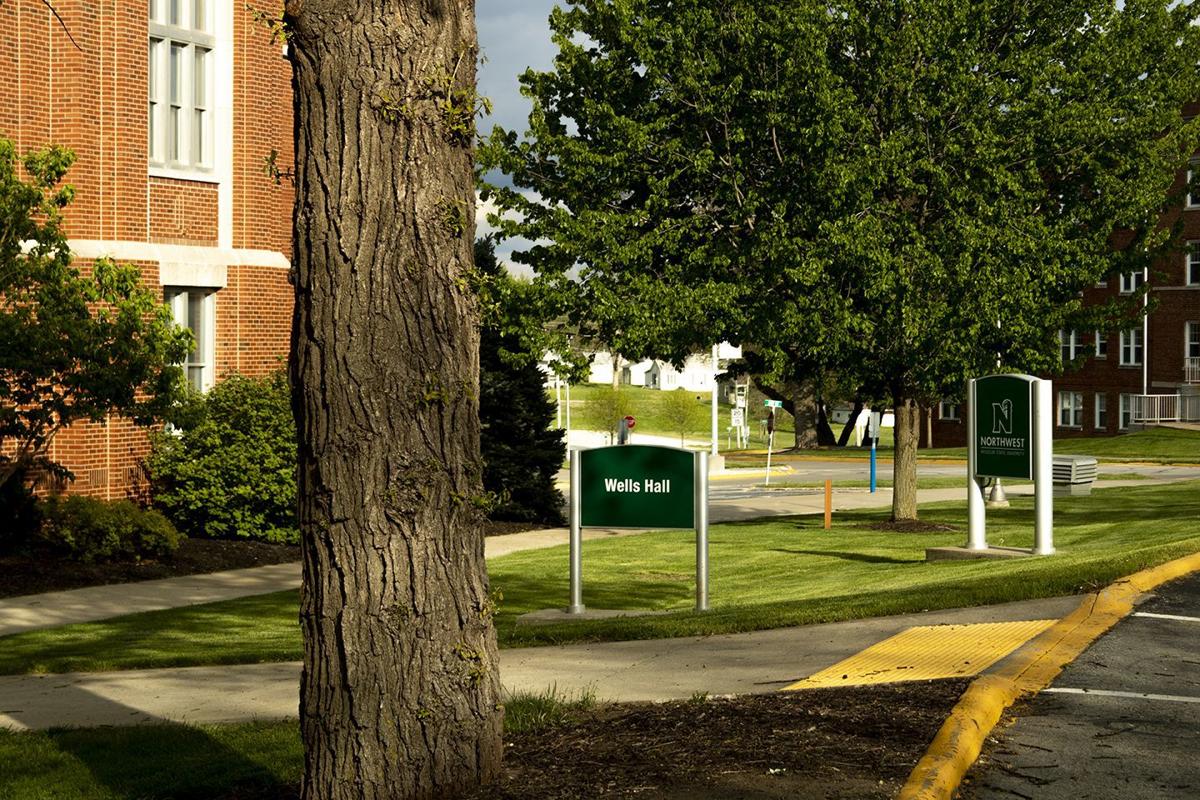 The sign in front of Wells Hall allowing visitors, students and faculty find the building. 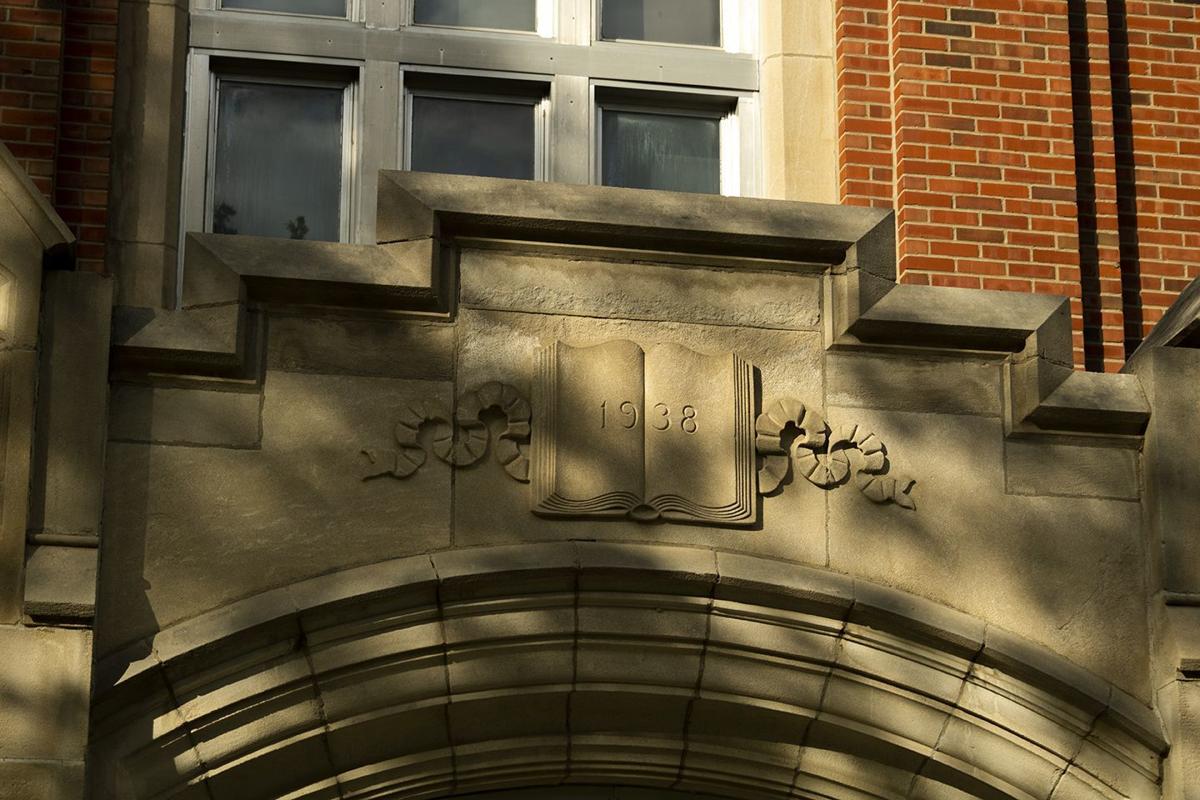 A book in the stone work over the entrance of Wells Hall that says '1938'. 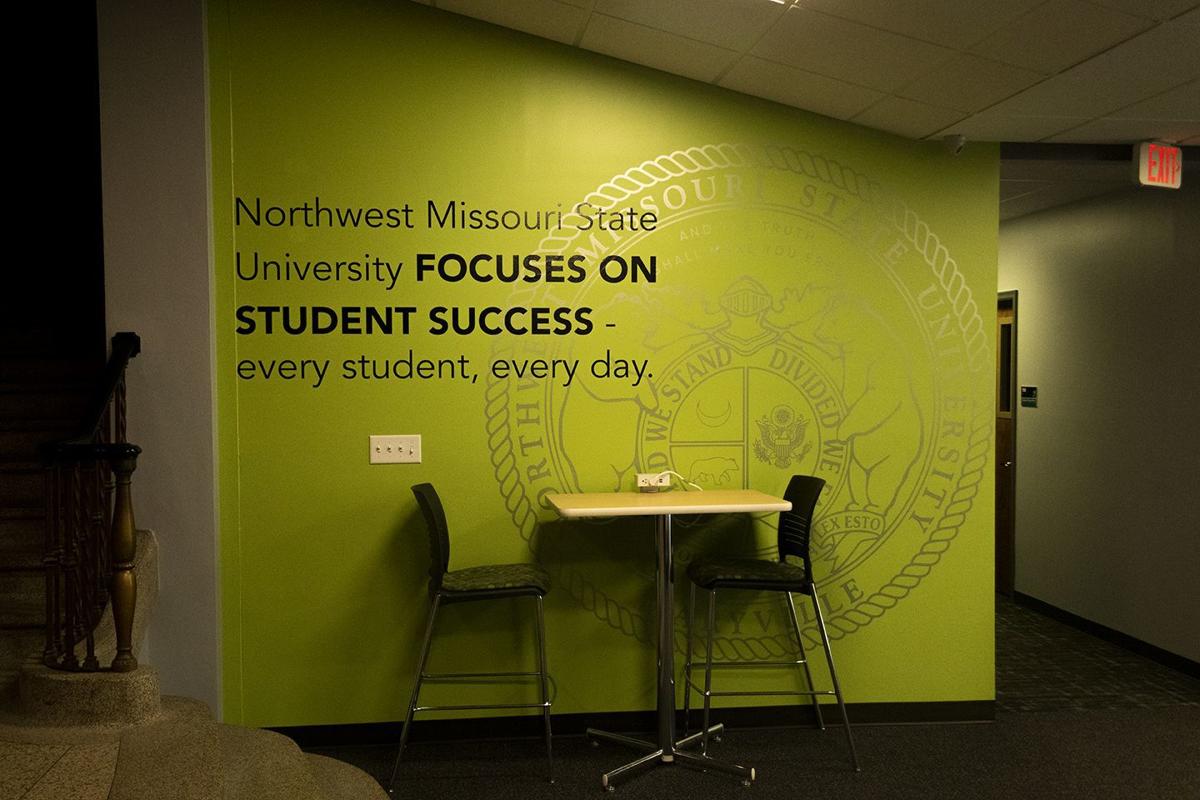 Inside the newly renovated lobby of Wells Hall includes an area for students to charge their devices while also working. 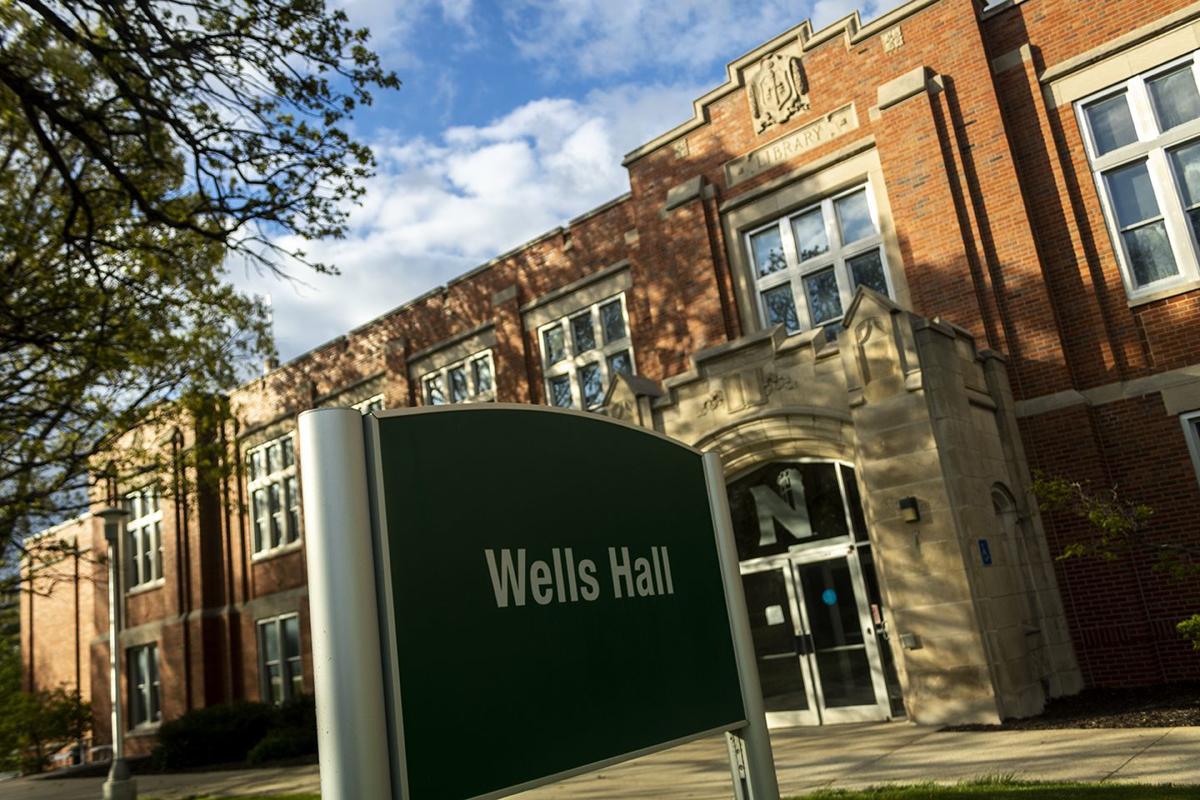 Front of Wells Hall while it is home to the Mass Media Department. 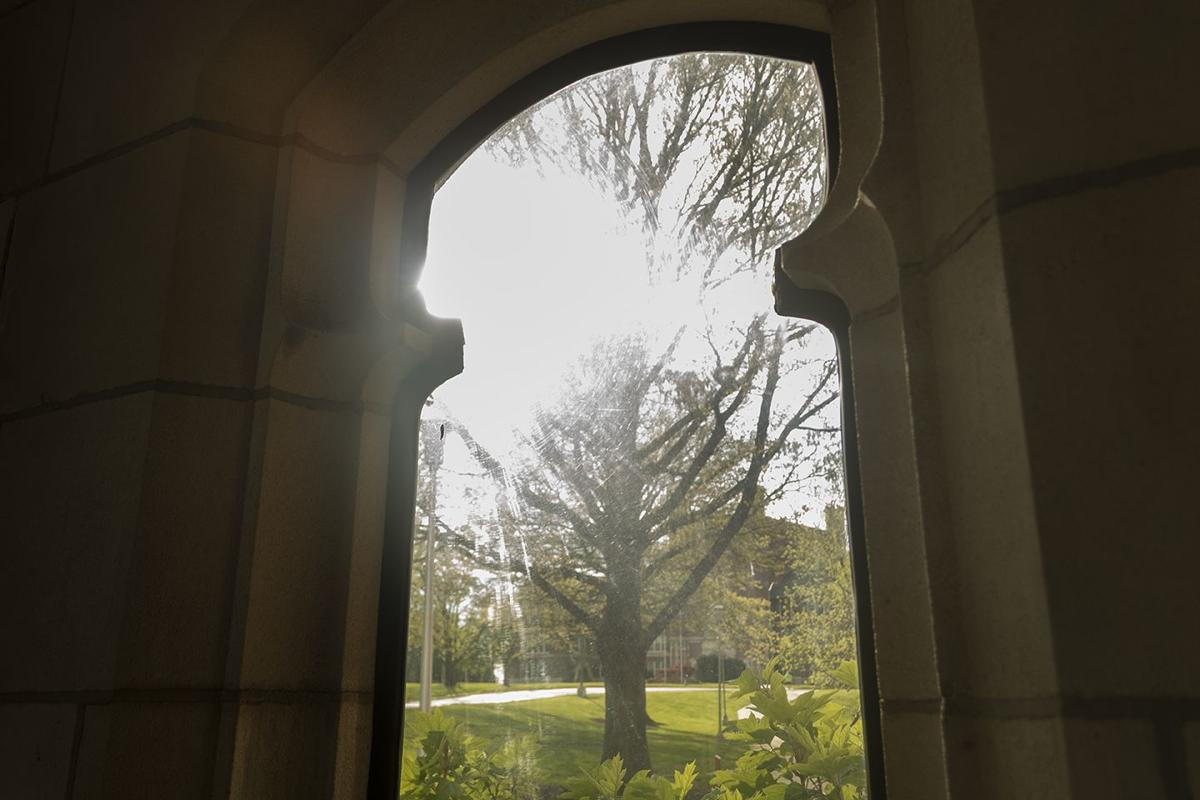 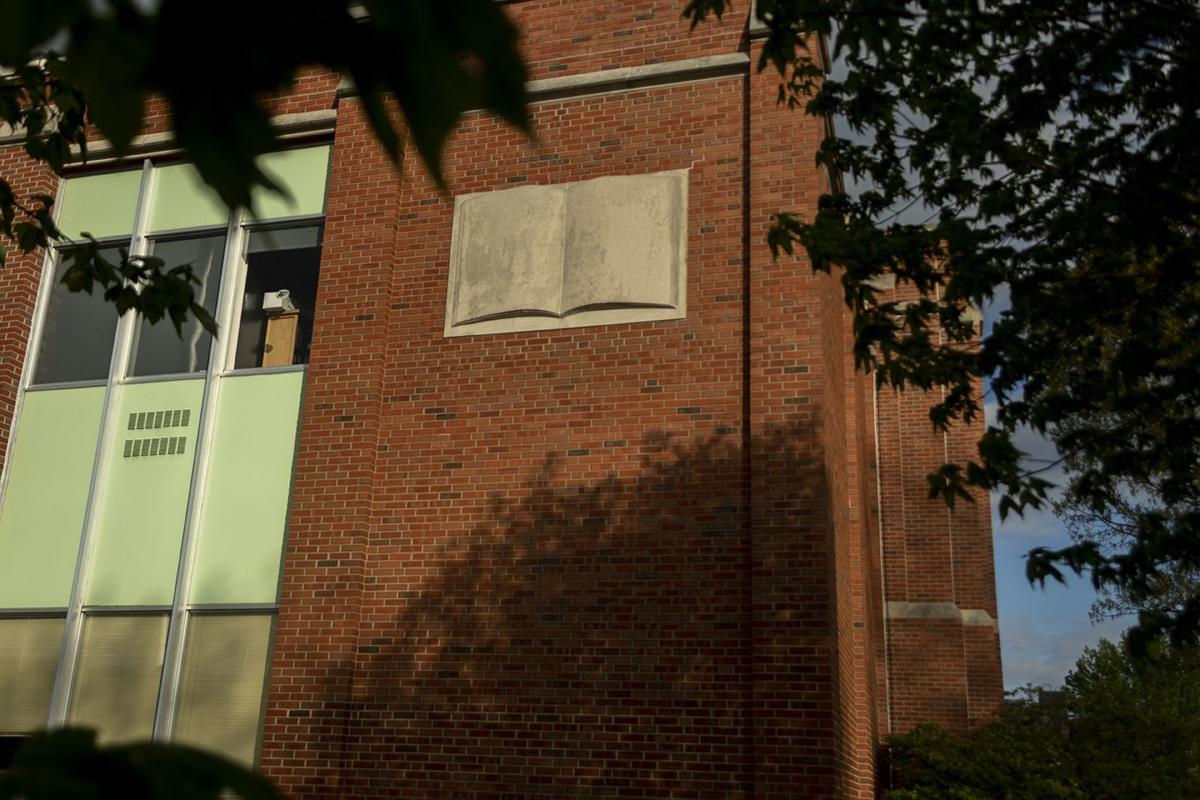 Library books are on both sides of Wells Hall due to the building being home to the previous library, the books were never removed. 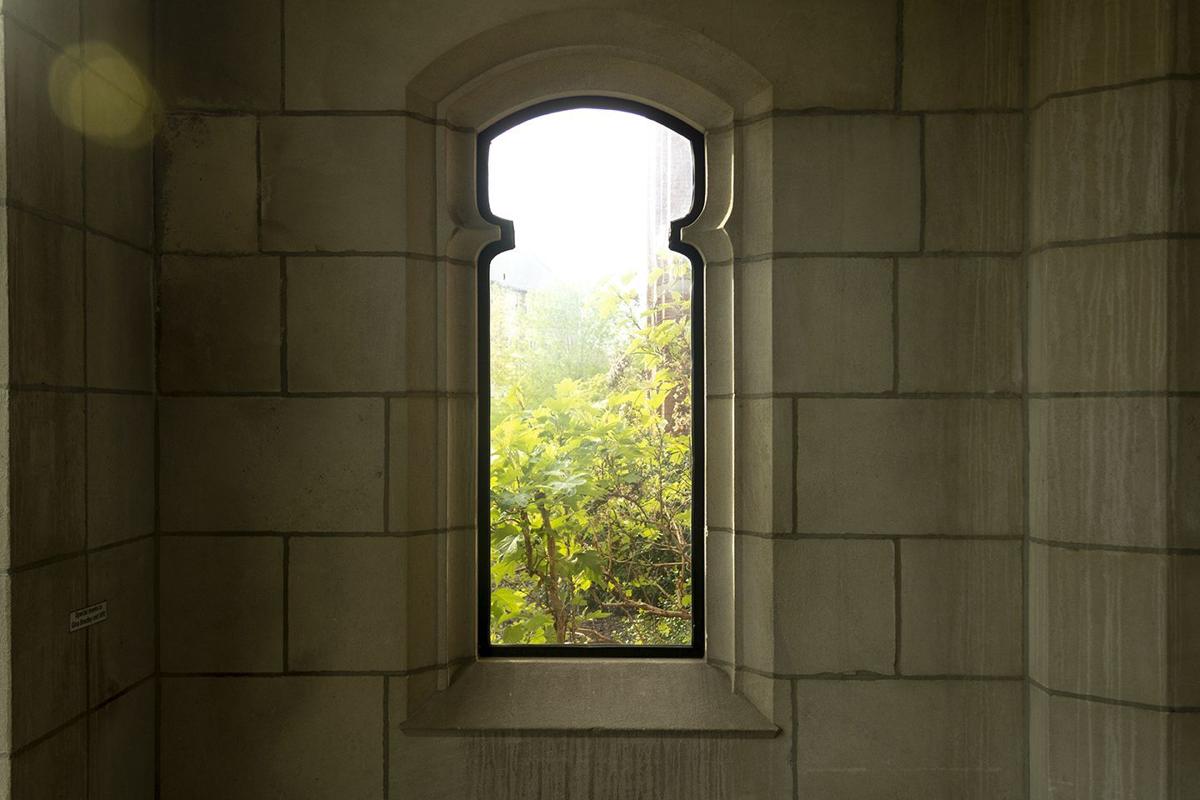 A look to the outside from the inside.

Third level of the Wells Hall library where students and faculty could read and study in a well lit area.

Third floor in the old Wells Hall Library. This is the area where students and faculty went to get various learning materials such as books. Only library staff were allowed behind the desk and into the stacks to receive materials.

The sign in front of Wells Hall allowing visitors, students and faculty find the building.

Front of Wells Hall while it is home to the Mass Media Department.

A look to the outside from the inside.

Wells Hall, a home away from home is what most students and faculty of Northwest describe a certain building on the Maryville campus. From being a library to an academic building and holding classrooms, a newsroom and multiple radio stations, the building is more than just bricks and drywall, it is a learning environment and a place to gain real-world experience for the future.

When standing at the front doors of Wells Hall, look at the top left and right corners of the building, you will see stone carved into library books.

Wells Hall was the original university library. In 1939, the University dedicated and named the building as the library. Wells Library offered students and faculty a place to study, checkbooks out and offer a place of support for learning. When on the third floor, you were able to look into the sky, literally. With skylights in the ceiling, it allowed natural light to come into the third floor of the building, giving students another reason to come and stay. A majority of the books and records were kept in a place called the stacks. This area is only accessible from the third floor and goes down four floors. The stacks were staffed with librarians, and when someone needed a book, instead of the librarian walking down four flights of stairs, they would use a dumbwaiter to move the items to different floors. In 1966-67, Wells Library had two additions to the building for the growing need for the room due to the building being unable to accommodate the collection and student space.

With the destructive Administration Building fire in 1979 that eliminated the north wing theater, KXCV moved into Wells Library, according to the Northwest history page. During this time, the University realized the need for a bigger library, and with KXCV already moving into Wells, B.D. Owens Library was constructed. All the contents of Wells Library moved to the new B.D. Owens Library during Spring Break, March 1986.

Since then, the building has been called Wells Hall. The building had to be completely renovated for the new tenants moving in, such as electrical work, constructing classrooms and making the building more accessible for all students and faculty. Wells Hall currently houses different media outlets across all three floors of the building. The basement level is home to the Northwest Missourian, Tower Yearbook, Advertising Sales and Design, and a new Virtual Reality lab. The middle of the basement used to be nothing. You would have to go down two separate staircases, accessed from the main level, to move to the other side of the basement. A hallway was then created for easier access to both sides. The main level houses a majority of the faculty offices along with multiple classrooms, sound recording studios, and multimedia labs. Taking the grand staircase to the second level, you will find an area of tables and couches for students to collaborate or just relaxing from producing content. This level also has the Warren Stucki Museum of Broadcasting, X-106 KZLX FM student radio station, KXCV-KRNW radio station, KNWT-TV Channel 8 Maryville recording and editing station. Also on this floor, you can access the stacks still. The stacks are now used for storing a copy of every single copy of the Missourian and Tower Yearbook along with records.

Freshman Cecilia Nguyen describes Wells Hall as “a place of learning. When I go into Wells Hall, I see people collaborating working on projects, the newspaper or yearbook. I enjoy going into Wells because everyone inside is super welcoming and also willing to help each other so that we succeed.” One thing Nguyen would change about the building is “having more restrooms. I only know of one and that it is on the main level near the multimedia lab.” Nguyen stated that “when I first walked into Wells on the first day of classes, I could smell that new paint smell. I could tell the building was just finishing being updated and that felt nice because it made me realize that I am going to a university that cares about me and my learning environments.”

Wells Hall has been through a lot of changes in its time of serving Northwest. The building is kept clean and with a fresh renovation completed, the building has brand new carpets, paint, furniture and signage throughout the building. The transformation of being a library to an academic building truly is serving the students and faculty using Wells Hall.

Have you been inside of Wells Hall?

A book in the stone work over the entrance of Wells Hall that says '1938'.