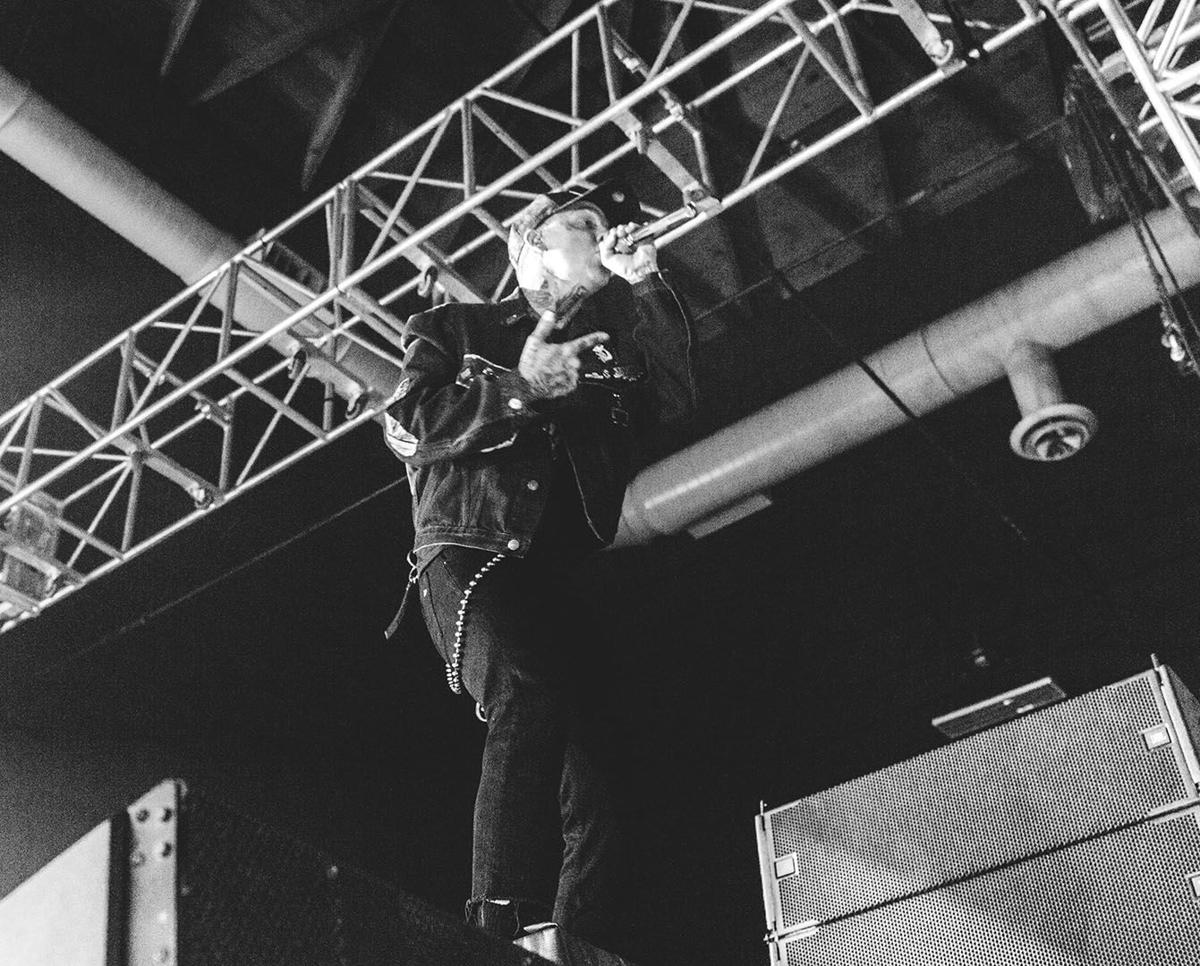 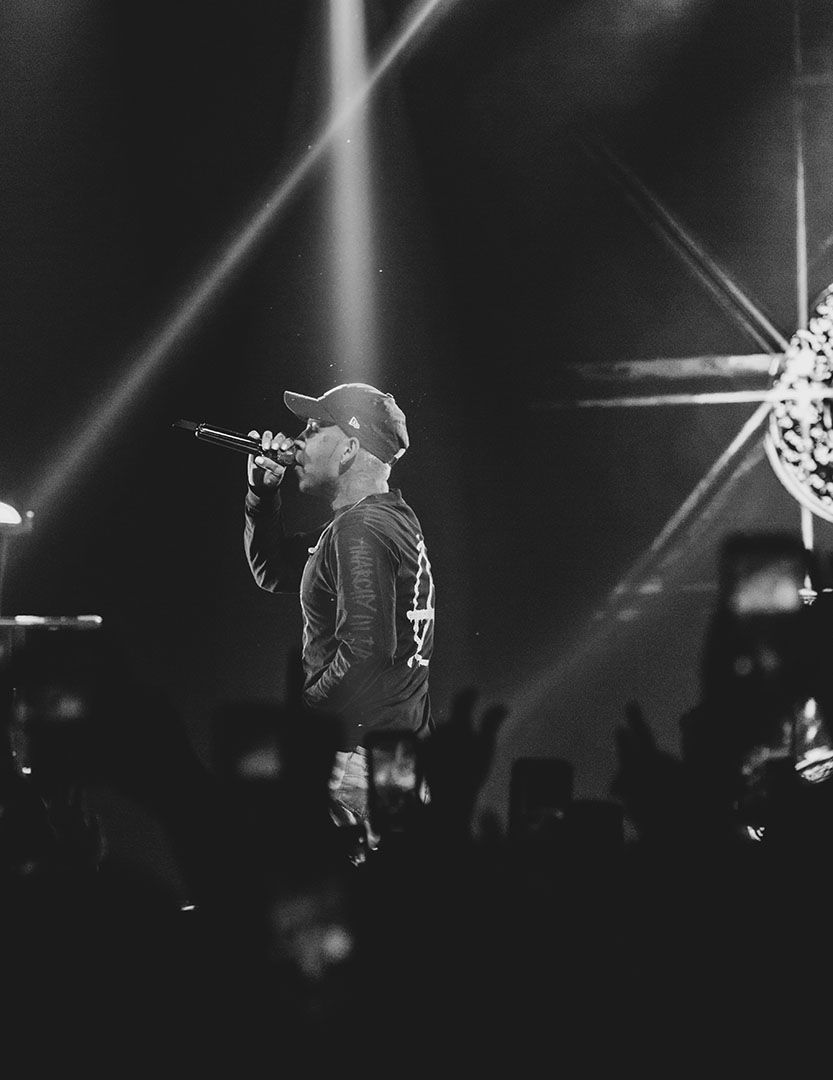 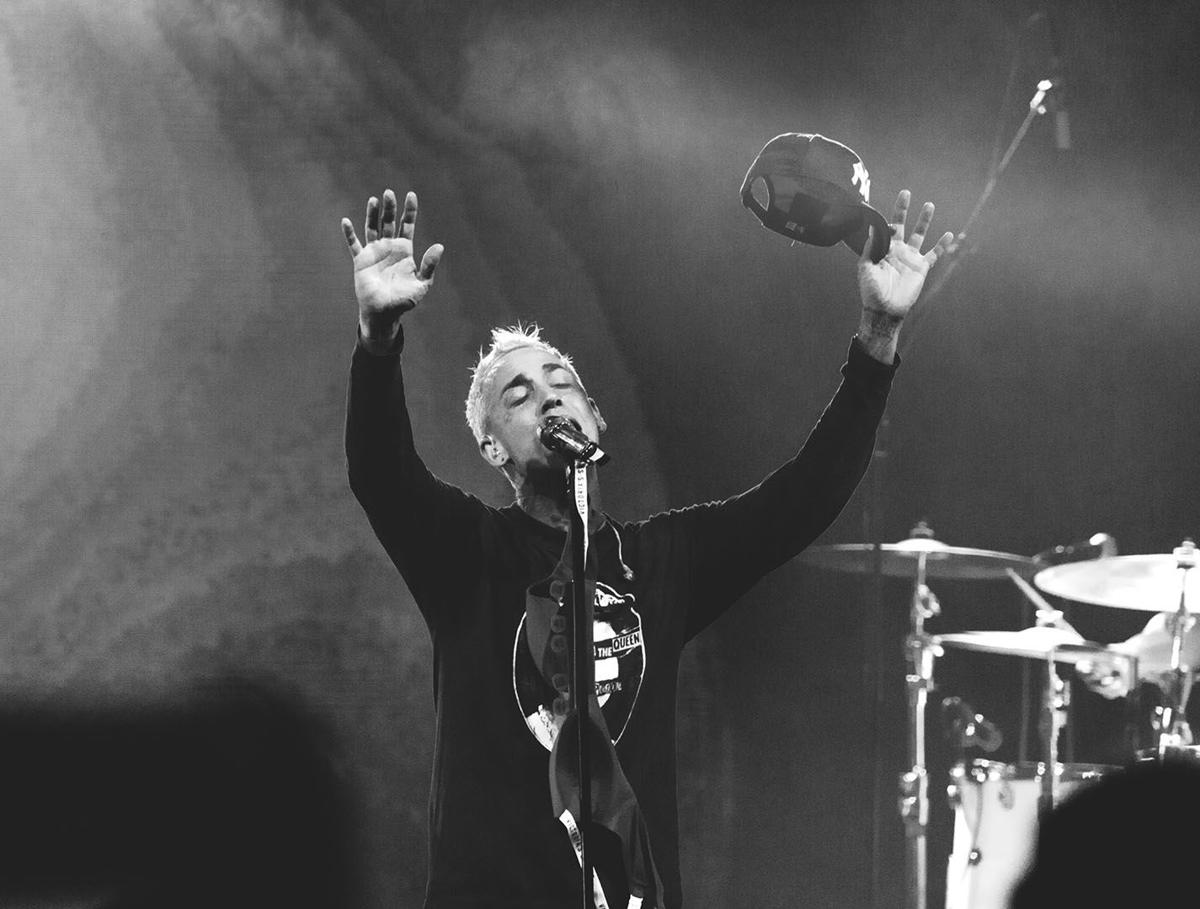 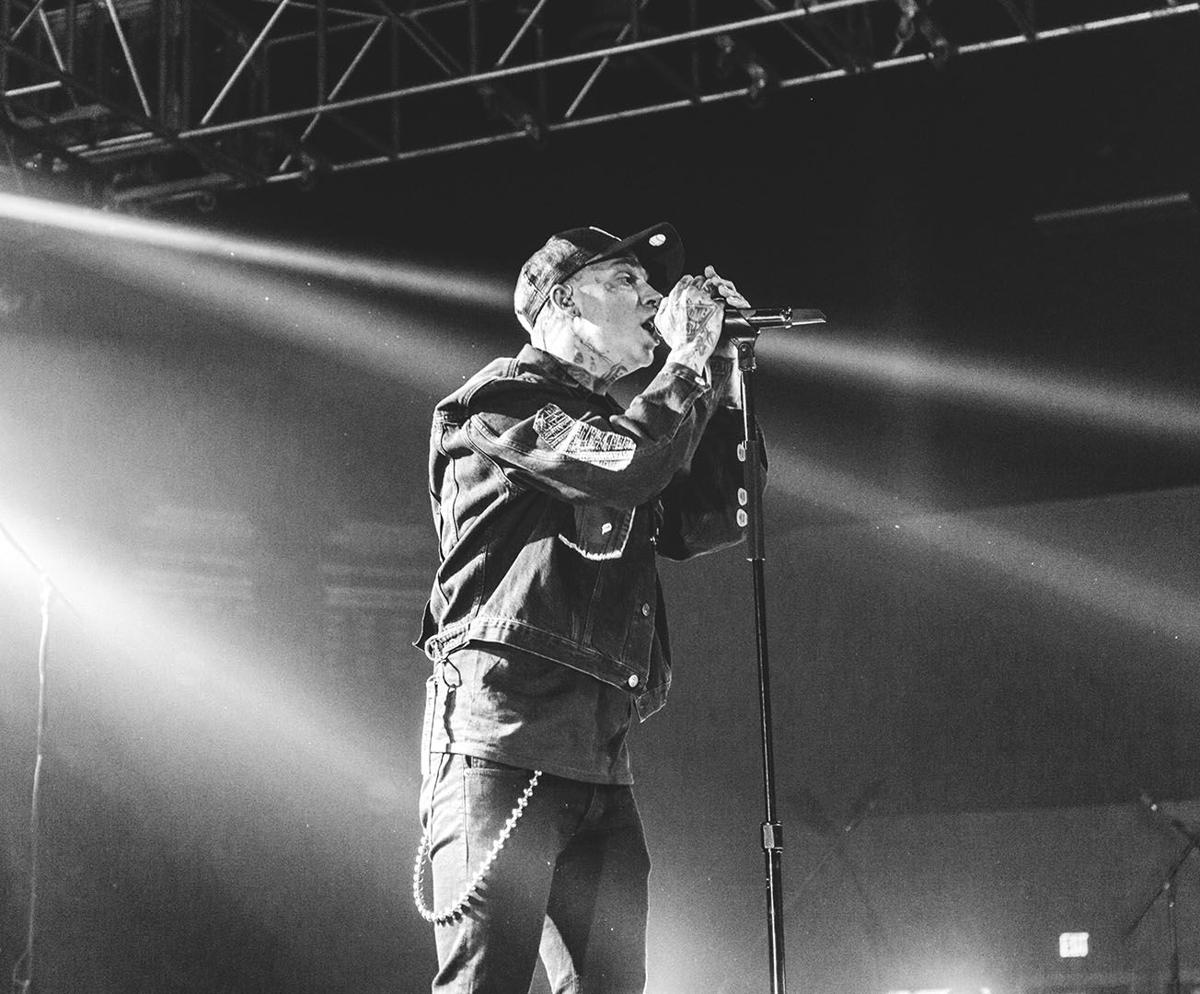 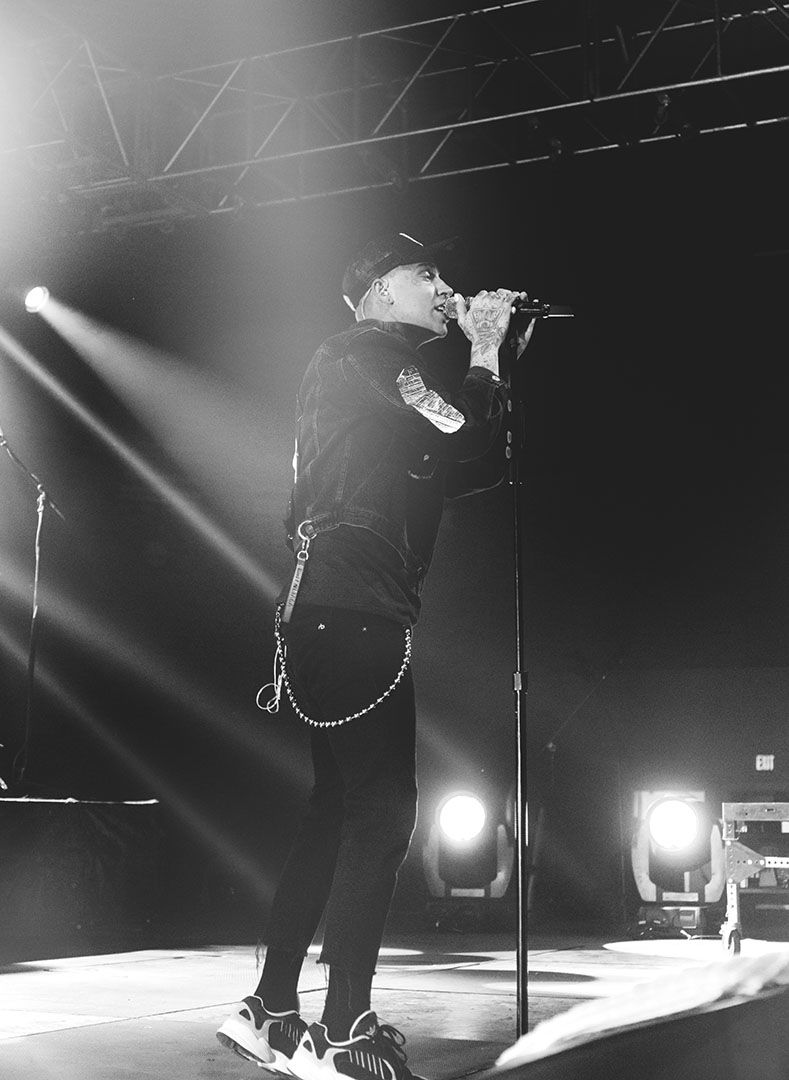 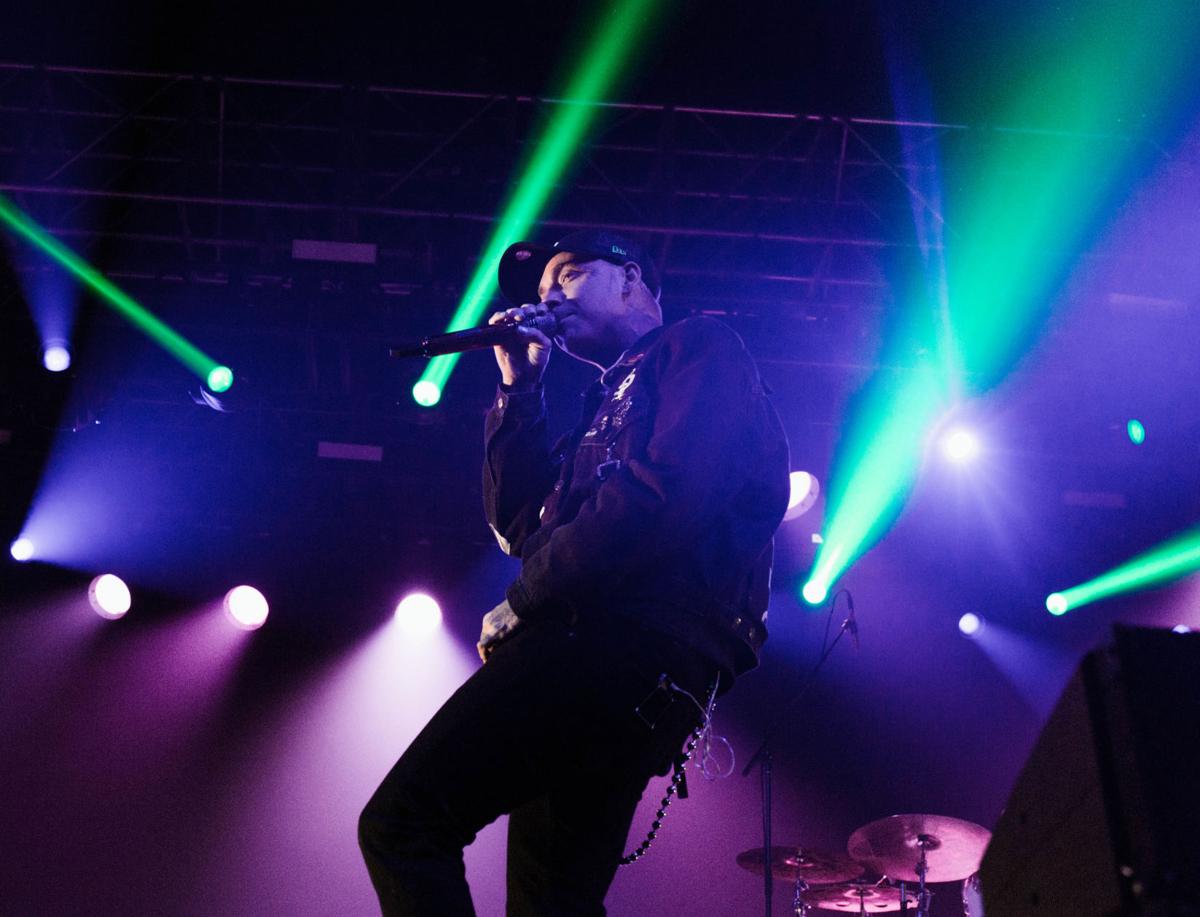 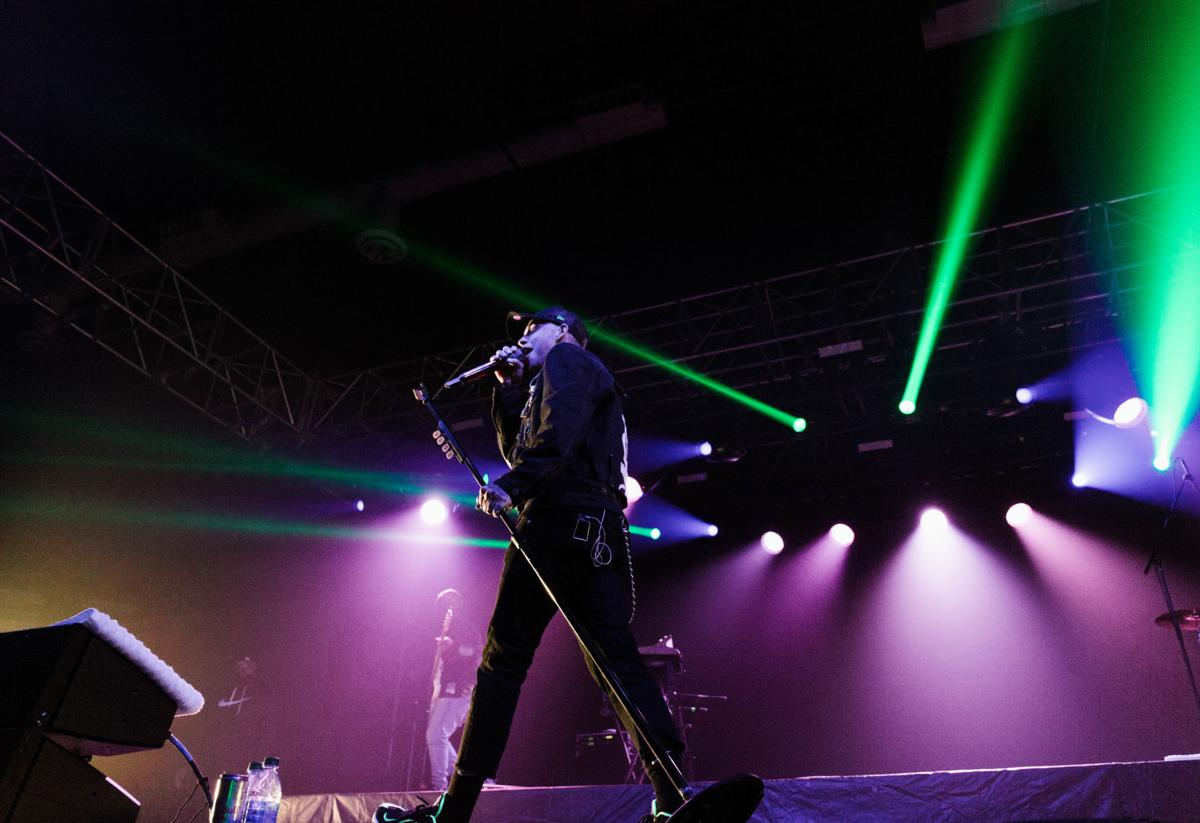 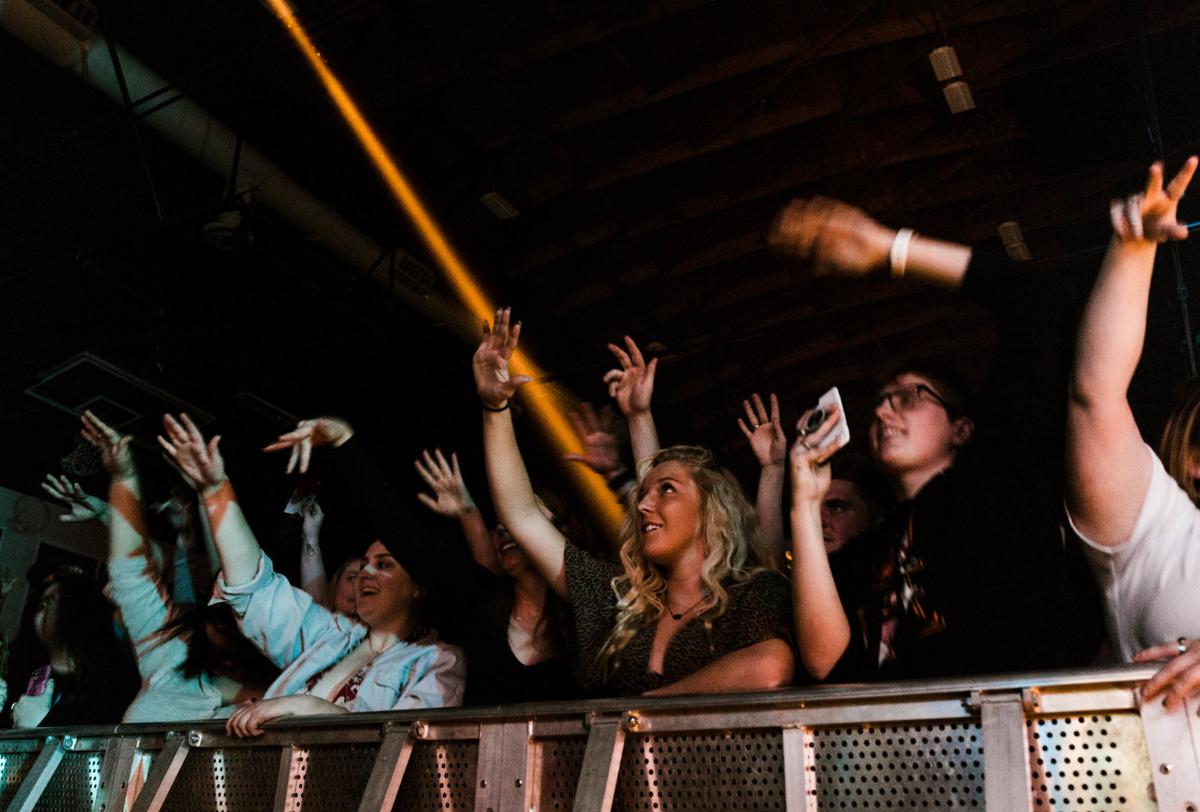 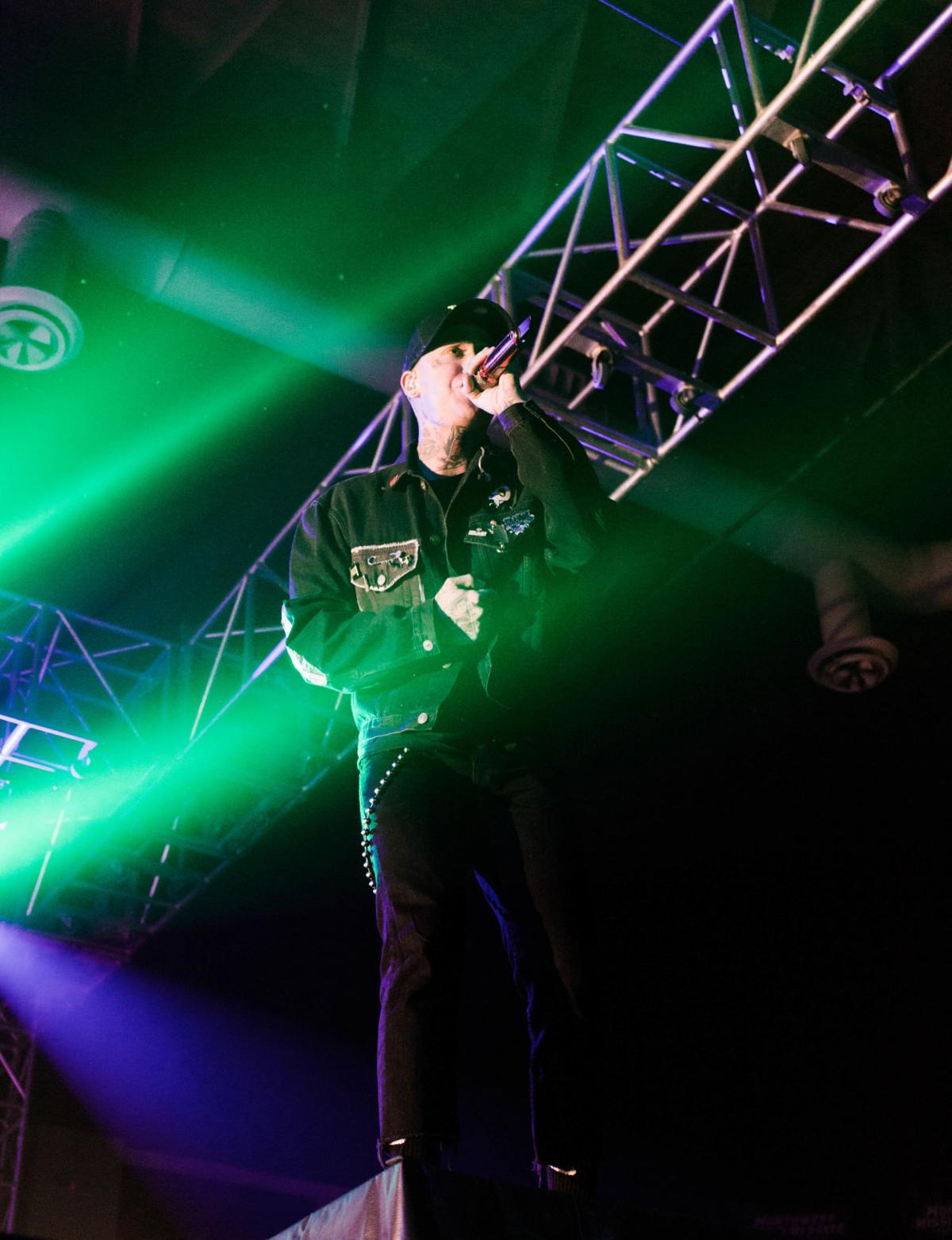 People were seen sleeping outside of Lamkin Activity Center, one person slept in the Walmart Inc. parking lot and another drove nearly seven hours to be at the concert. A line stretched nearly passed Colden Pond before doors were finally open.

The Student Activities Council fall concert with blackbear as the headliner and OBB as the opener took place Nov. 9 in Lamkin. The doors opened at 7 p.m. and the concert lasted until 10 p.m. The concert sold 1,320 tickets.

The arena was filled with chanting and screaming and people pushing their way towards the stage through the crowds, even before OBB entered the stage to raucous cheers. OBB often name-dropped the artist and asked those in attendance if they were “ready for blackbear.” The group was focused on setting the energy for the crowd before the headliner made his appearance. OBB elected to play some of its own hits while also covering songs like Shawn Mendes’s “Lost in Japan.”

Behind the scenes, OBB was polite, cordial and willing to do anything to help, the SAC Concert Co-directors, juniors Bri Bales and Aleka Apodaca said.

“(OBB) wanted to be as involved as possible in helping us get all the things together and like helping blackbear if he needed anything,” Apodaca said.

OBB moved their soundcheck around, let blackbear borrow equipment and even wanted to know more about Bales and Apodaca and their plans after college.

“We were just really grateful for how well (OBB) did,” Bales said.

Between OBB and blackbear, the crowd was getting hype to music played through the loudspeakers, specifically “Truth Hurts” by Lizzo, which elicited an explosion of excitement from the crowd as soon as the opening piano chords exploded from the speakers.

Blackbear came on stage around 9 p.m. to thunderous applause before beginning his set. He switched from older favorites from his earlier album “Deadroses” and newer hits from the recently dropped “ANONYMOUS.” Blackbear’s most popular songs “do re mi” and “hot girl bummer” created the most memorable moments of the night. The crowd reaction went from excited to a near frenzy, especially during both choruses.

“(Blackbear) did a good job of getting the students more hype,” Sophia Anderson, a junior who attended the concert, said.

The concert was a tonal shift from those seen in previous years Anderson said. A veteran of both the Bazzi concert last year and the Chase Rice concert the previous year, Anderson enjoyed the change of pace blackbear brought.

Anderson said she was more partial to the Chase Rice concert because of her love for country music, but that blackbear added a new level of excitement to the concert than what she had seen from Bazzi last year. Blackbear, who had a different vibe than Bazzi, made the concert more fun as opposed to chill, Anderson said.

Energy was the name of the game for blackbear at the concert. He was constantly trying to get the crowd involved and thanking them for “being so lit.” Blackbear rarely stood in one spot during his performance, electing to hop around the stage and ad-lib during his songs to get the crowd more involved. He even at one point put his middle finger in the air and prompted all those in attendance to scream expletives because it was “fun” to curse at school, he said.

Bales and Apodaca were pleased with blackbear’s energy throughout the show despite blackbear reportedly not feeling 100%.

“I think his energy was really good,” Apodaca said. “I think he had the right attitude. He was sick and he still put on a really good show for us.”

Blackbear had just come off of an international tour in the United Kingdom and Ireland and had only gotten back to the United States around a week before the concert in Maryville.

The concert sold over 200 more tickets than the 1,100 tickets for Bazzi. Apodaca credited this to the nearly 200 tickets sold the night of the concert. This concert also sold many more concessions than last year despite them only being available to purchase via Bearcat Card, Apodaca said. Overall, Bales and Apodaca said they thought the concert was a success.