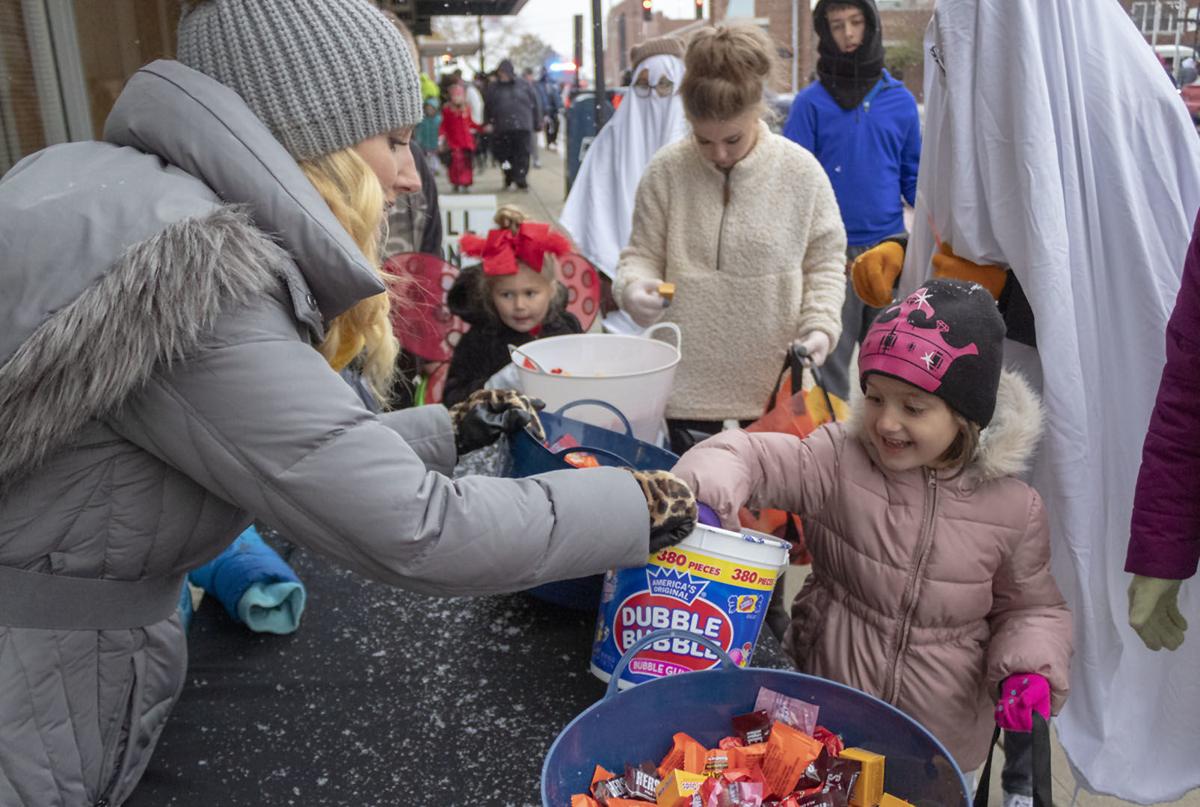 Snow flurries did not bother princess Sylvia Offutt, 5, as she comes prepared with a stocking hat crown for Maryville's Downtown Trick or Treat the eve before Halloween. 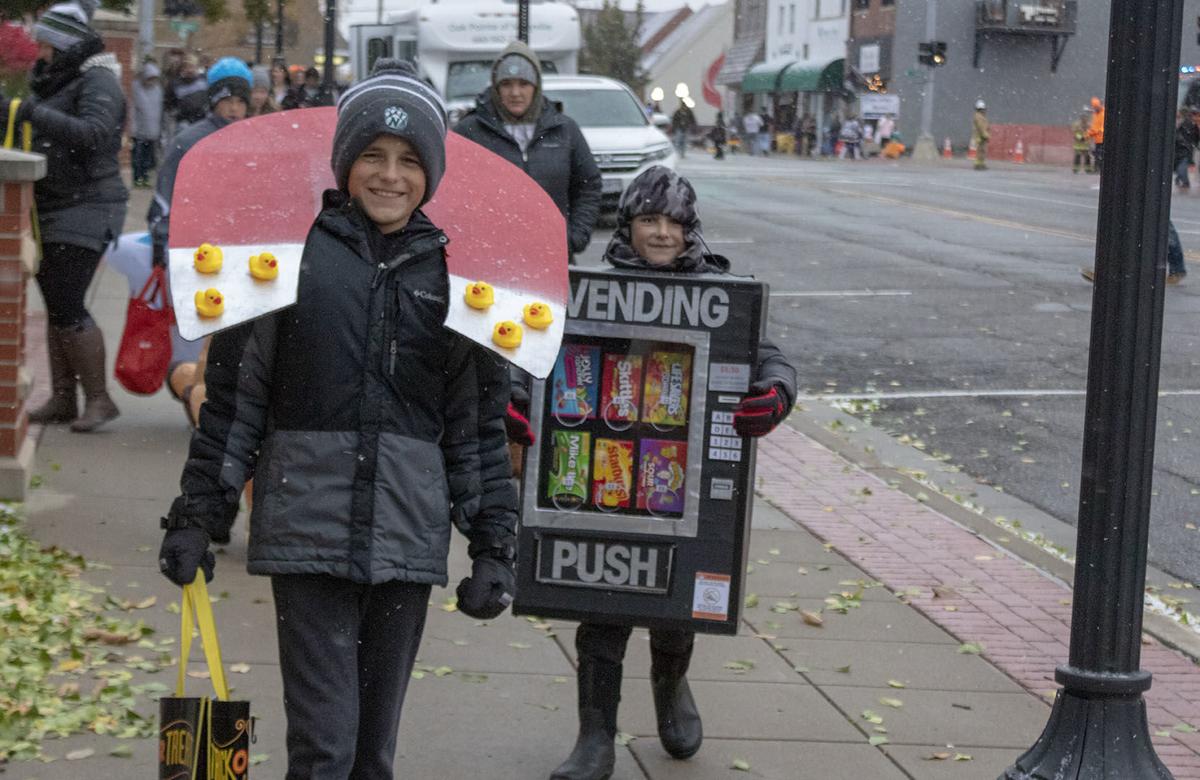 Children of Maryville sported an endless variety of costumes, some store-bought, some homemade, for the Downtown Trick-or-Treat Oct. 30. In homemade costumes are Cash Dew, 11, as a chick magnet and his brother Colt Dew, 7, as a vending machine.

Snow fluttered past goblins, vampires and princesses wrapped in scarves and puffy coats at the annual Downtown Trick-or-Treat Oct. 30.

Children and families endured 30-degree temperatures for an evening of trick-or-treating at small business throughout downtown Maryville. Booths lined the sidewalks and business owners stood outside their doors from Sixth Street to Jenkins Street and from Buchanan Street to Market Street.

After 24 years, the event has become an integral part of Halloween for the Maryville community, and a little snow didn’t stop the town from coming together to celebrate. According to calculations from the number of glow-in-the-dark necklaces handed out, 700 to 1,000 people were in attendance, compared to the usual 1,200 to 1,400.

“They were all bundled up and everything. We had a lot of Eskimos with little tutus coming out from underneath their coats,” event coordinator Katherin Rice said.

This was Maryville Florist employee Gentri Staten’s fourth year handing out candy at the event. Despite it being “a lot colder, that’s for sure,” Staten said it was as fun as ever.

“I won’t be able to feel my hands or anything, but it’s worth it just to see the families and the kids just with a smile on their face and enjoying it no matter the conditions. The snow — it doesn’t stop them from having fun,” Staten said. “It’s cool to see the turn out no matter what the weather. If the kids are willing, we are willing.”

The parents scurrying behind children, festively dressed for the event but bundled for the weather, were equally willing to brave the cold and uphold what is a long-held tradition for many Maryville families.

“We have so many parents that are coming that remember doing this as children,” Rice said. “And this one, I’m sure, is gonna be talked about for years — ‘Remember that trick-or-treat we went on, and it snowed the whole time?’”

Maryville resident Rebecca Kelley has attended the event every year for at least 10 years. She was there with her two daughters, two daughters in law and infant grandson. Having gone since her daughters were as young as 8 years old, Downtown Trick-or-Treat has remained a family affair even as her family has grown. Kelley said she enjoys the opportunity to spend time with her family and the community.

“(My favorite part) is just getting to talk to the different business owners,” Kelley said. “They’re usually pretty nice, and everybody loves to see the kids, so it’s a good family thing.”

About 80 businesses and local organizations participated, almost twice as many as when the event was inaugurated almost 25 years ago. When they started, Rice said, there weren’t many other trick-or-treat events, but now events like the Mozingo Haunted Campground, Trick-or-Treating in the Halls and schools’ trunk-or-treats enable many more treat-or-treating options.