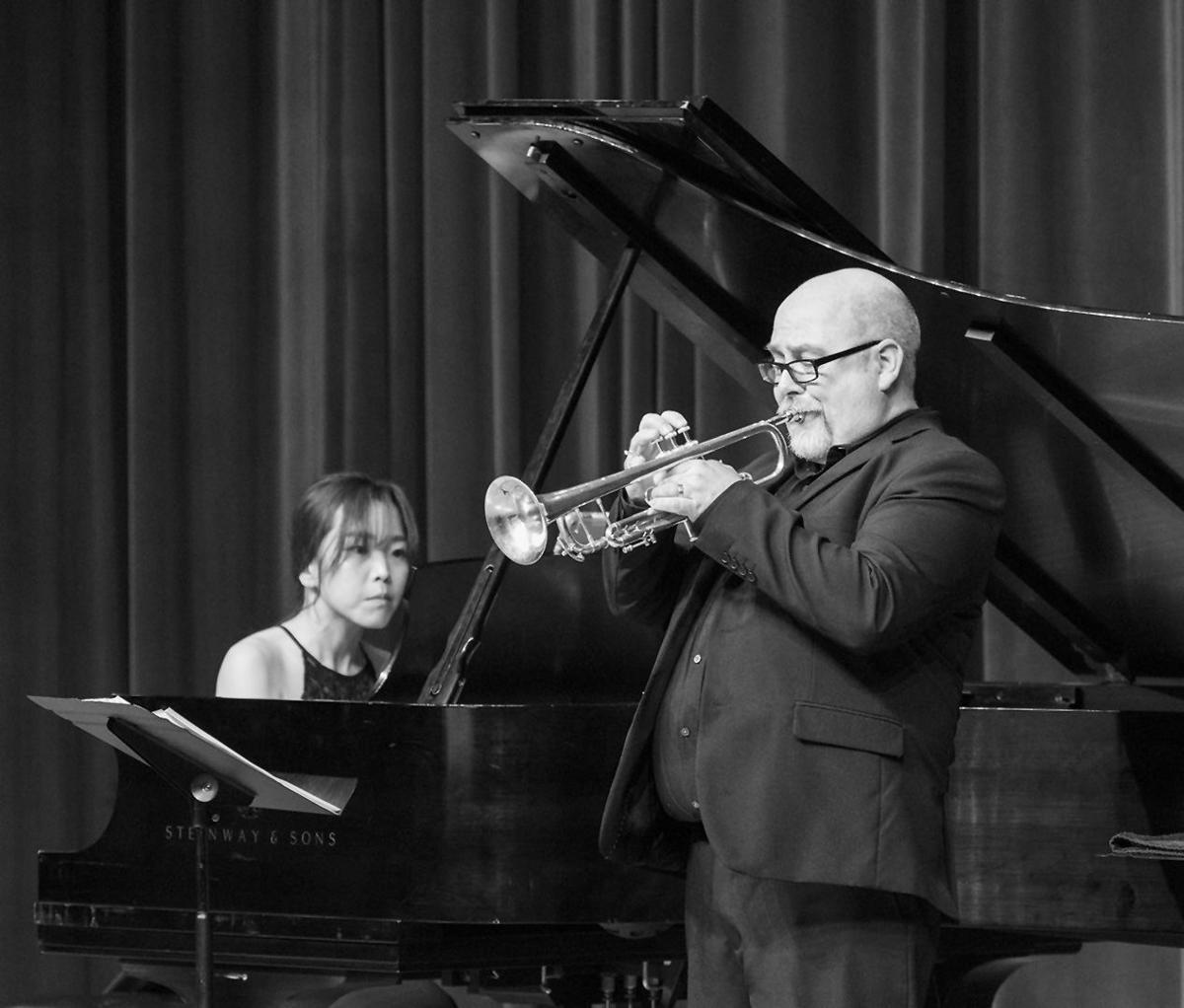 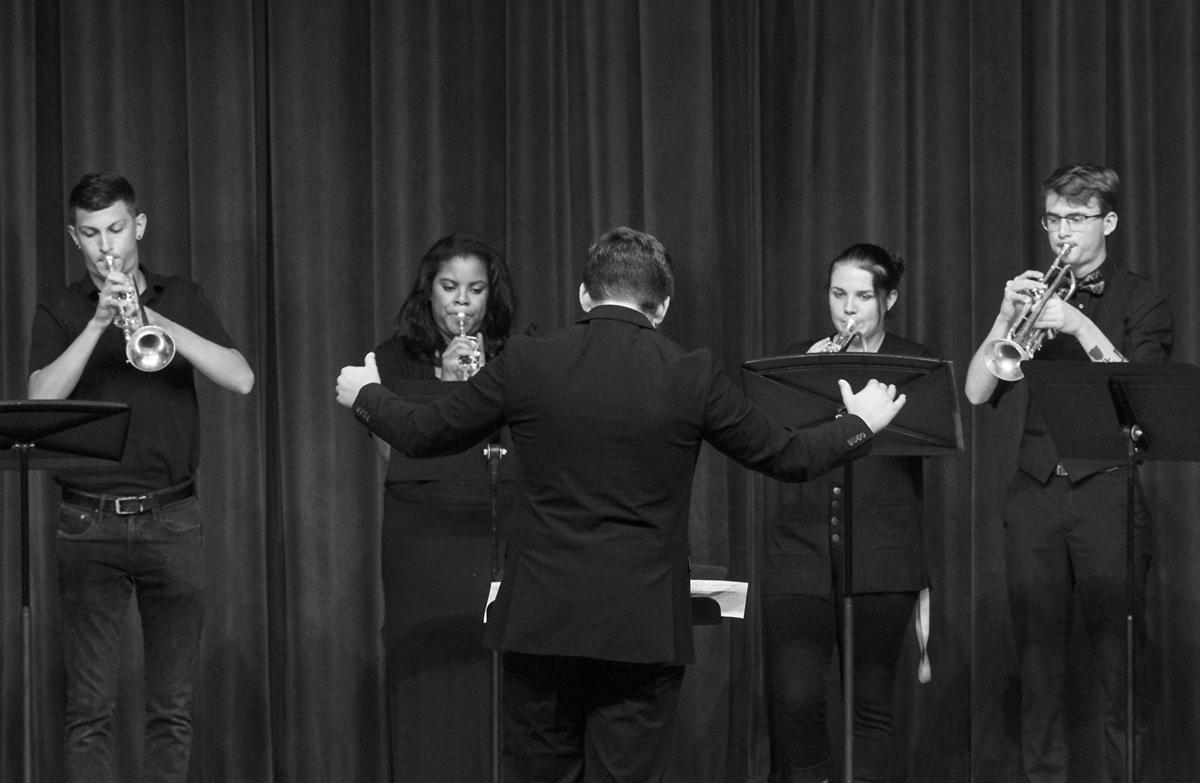 As the lights dimmed in the quaint theater and a voice came over the speaker to address the audience, the crowd grew silent with anticipation for the silver trumpet and black piano duo.

The faculty recital began at 7:30 p.m. Sept. 2 in the Charles Johnson Theater with abrupt piano chords lingering in the air before a striking sound erupted from the trumpet.

Each year, Professor of Music and Assistant Department Chair William Richardson sets up the faculty recital for the Northwest community as well as the students who participate. He said he hopes the audience will leave “whistling a tune” and “tapping their feet.”

“We got kind of a good mix of a couple of heavy classical pieces and then some more popular music,” William Richardson said. “It’s nice to have both. I guess what I’d like is if people kind of realize the variety of music for which the trumpet actually works.”

William Richardson was supported by staff accompanist Jiwon Choi for the first half where classical pieces like “Caprice (1972)” by Joseph Turrin and “La fille aux cheveux de lin (The Girl with the Flaxen Hair)” by Claude Debussy were played, as well as the popular song “When I Grow Up” from the 2011 Matilda the Musical.

As William Richardson and Choi played in tandem through the respective lineup, the modest amount of people who came sat attentively, clapping after each piece as they bowed between songs.

In the crowd, William Richardson’s family could be found. His mother Kathleen Richardson and father Bob Richardson have been “following him since fifth grade” and rarely miss his performances, Bob Richardson said.

“We knew the earlier part was going to be quite difficult,” Kathleen Richardson said. “And it was kind of nice in the last part (because) it was so much fun, and he had the other students involved. I think he kind of put together a pretty good recital.”

During intermission, students in concert black attire quickly set up the stage for the Northwest Trumpet Ensemble and other select Northwest musicians.

Even though junior Ryan Edwards only played in the last song, “Tico Tico” by Zequinha de Abreu as part of the percussion line, he still thoroughly enjoyed the experience.

Before the low tuba notes of “Tico Tico” began, William Richardson told the audience in the front that he hoped they didn’t mind being “in the splash zone” since he was on the edge of the stage about to perform. While some nervously smiled and laughed at the comment, others were unfazed.

Freshman John Salehi was one such person. Despite sitting closest to the stage with two other friends, he didn’t mind it since he was ultimately there for the music, even bobbing his head to the infectious rhythm.

“Oh, the splatter zone. I sit in the front row for most performances because you get the full experience,” Salehi said. “So I love it.”

As the recital drew to a close and the players filed off the brightly lit stage, the audience clapped for their performance before shuffling out of the theater. At the end of the recital, despite his face hurting from playing for so long, William Richardson felt good about the overall performance and was proud of his students and all the work that was put into the recital.